AEW and NJPW’s first-ever inter-promotional PPV Forbidden Door looks to be a show that will thrill and excite fans on both sides of the Pacific.

Stars from both promotions will go head-to-head in a series of matches across an absolutely stacked card.

Despite the card looking rather juicy, the build-up to the show has not been without problems. The first snag revolved around CM Punk revealing his hiatus from the company due to a foot injury, which resulted in his match against Hiroki Tanahashi getting pulled.

AEW reacted to Punk’s injury by announcing an interim world championship in a somewhat confusing way that featured a Casino Battle Royale, a main event match and an eliminator match at NJPW’s Dominion. Despite the roundabout way of getting there, we ended up with Jon Moxley vs Tanahashi in a first-time-ever match.

The rest of the card fell into place with the debuts and appearances from the likes of Will Ospreay, Jay White and Kuzichika Okada who all add legitimacy to the show and NJPW’s threat level.

With a card as stacked as this with so much on the line there is plenty of possibilities that could go down, here are 5 things we want to see at Forbidden Door. 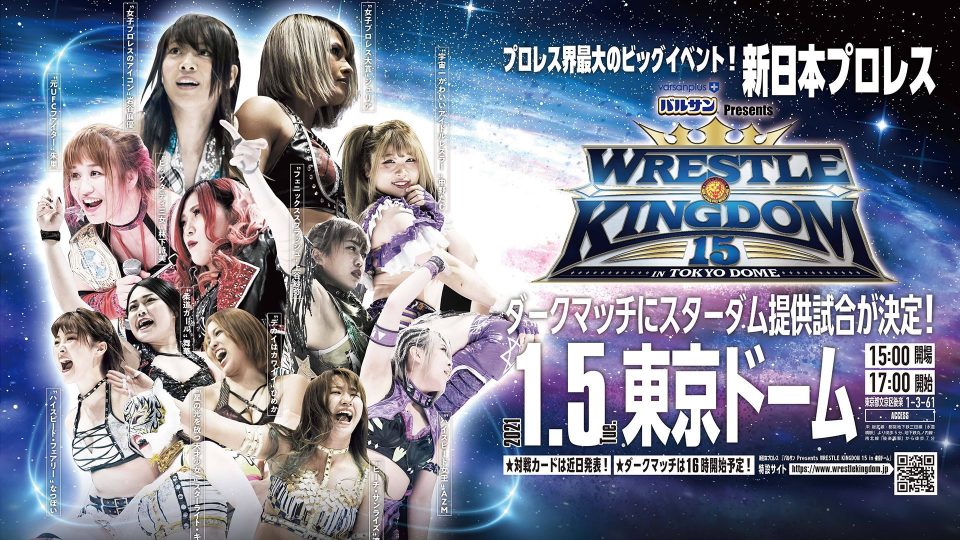 The only women’s match on the card, due to the lack of a women’s division in NJPW, is Thunder Rosa vs Toni Storm for the AEW Women’s World Championship.

Despite not having a women’s division, STARDOM, Japan’s biggest and best Joshi promotion, is owned by NJPW’s parent company Bushiroad. Since the merger in 2019 the two promotions have worked together with STARDOM matches taking place on NJPW shows.

AEW’s women’s division has long been, and rightly so, criticised for the non-existent focus, poor booking and lack of stars.

Ruby Soho entered the company to a hero’s welcome and high hopes to elevate the division, but she has unfortunately failed to make that desired impact. Athena looks to be the one to dethrone Jade Cargill at some point and Toni Storm is making the most of her return to wrestling.

Storm is also STARDOM alumni and former World of STARDOM Champion. This past affiliation with the promotion would be the perfect reason for a run-in from Guilia, Thekla, and Syuri.

4. FTR Holding all of the Gold

FTR are on an incredible role and already hold Tag Team Championships from two separate promotions, AAA and ROH.

Their ‘Winner Takes All match’ against IWGP Tag Team Champions, Jeff Cobb and the Great O’Khan and the reformed Roppongi Vice will undoubtedly be an amazing match that could result in any team winning.

A win for Dax and Cash would mean matches on NJPW shows and their World Tag League tournament. As triple champions, the best tag team in the world need to have a clear title challenge to the AEW tag titles and another stellar match against the Young Bucks, which is something many wrestling fans would like to see.

FTR in Japan, Mexico and America is a tonic that sips exceedingly well.

For one night only The Young Bucks rejoin the stable that drew so many eyes to NJPW, The Bullet Club. The AEW Tag Team Champions will team with El Phantasmo to take on Sting, Darby Allin, and Shingo Takagi.

It will be the first time the brothers Jackson will join the faction’s ranks since 2018. The Bucks were an integral part of the stable winning the IWGPJunior Heavyweight Tag Team Championships multiple times while representing the club all over the world.

Their relationship with Kenny Omega was another vital element to the faction’s success and one that would ultimately lead to the creation of AEW.

Omega has a long history with NJPW. It was the company where he established himself as one of the best professional wrestlers in the world. His leadership of the Bullet Club was one of the most successful in the faction’s history and his feud with Kuzichika Okada is the stuff of wrestling legend.

Omega hasn’t been seen since he lost AEW World Championship to Adam Hangman Page at Full Gear. After his loss, he told the Bucks to look after things while he went away. In his absence, the Elite became the Undisputed Elite with Adam Cole at the helm.

The addition of Kyle O’Reilly and Bobby Fish wasn’t a smooth one and friction between all members was evident. Also, their hold over the promotion they had before Omega left waned.

Cole failed to capture the world title from Hangman at Revolution and then got mugged out by Switchblade Jay White leaving his leadership on shaky ground. Omega returning to steady the ship and reconnect the Bullet Club is a reunion we would love to see at Forbidden Door.

2. The debut of Cesaro 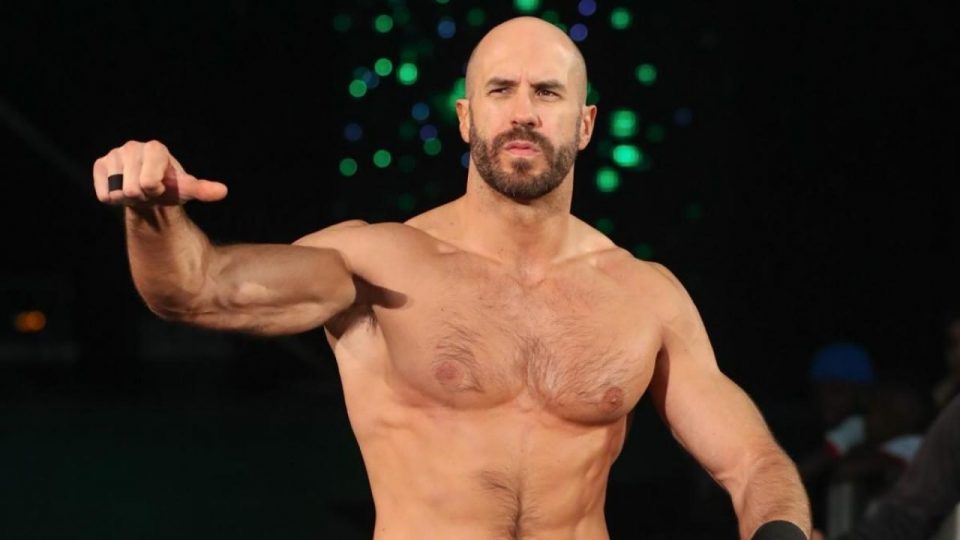 One of the most exciting matches slated to take place at Forbidden Door was Zack Sabre Jr vs Bryan Danielson. The two technical wizards clashing in the ring with a mixture of excruciatingly painful holds and hard-hitting kicks had wrestling fans expecting a bonafide classic to take place.

Unfortunately, the dream match was put on hold when the American Dragon announced he was unable to compete at the show due to injury. Danielson revealed he has the perfect replacement in mind, but would not reveal who until the night of the show and we want that man to be the Swiss Cyborg.

The artist formerly known as Cesaro has been missing from the wrestling world since he left WWE. As soon as he left the company speculation surrounding his future and AEW quickly surfaced.

Claudio Castagnoli is a wrestler who is a perfect fit for AEW and he would make a tremendous addition to the roster. He adds size, power and astounding athleticism to a promotion where big men are a rarity.

His technical ability as a wrestler is also topnotch, which makes him the ideal candidate to replace Danielson in a match that will feature some breathtaking moves and a great new member to the Blackpool Combat Club.

1. The return of MJF 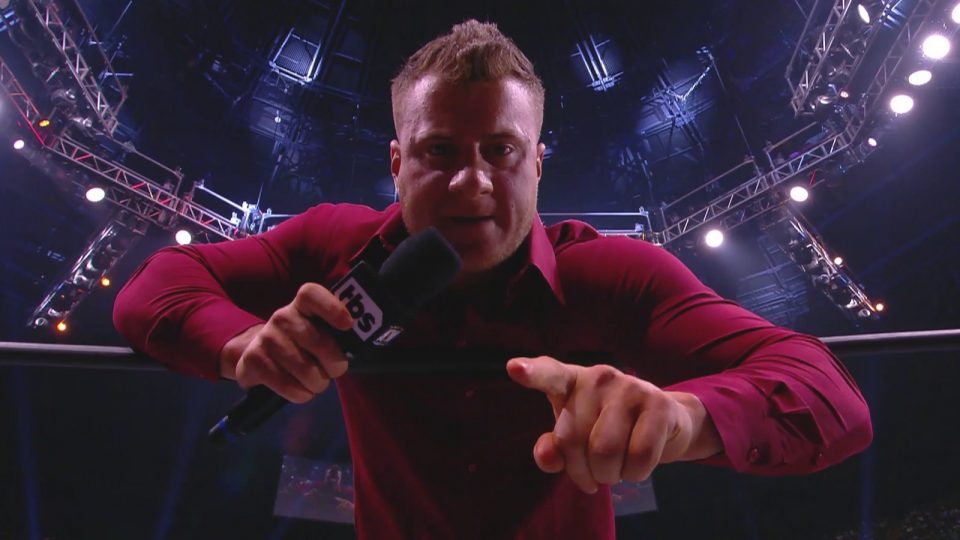 Maxwell Jacob Freidman hasn’t been seen on AEW television ever since his scathing promo in which he called Tony Khan a “f*cking mark!” The worked shoot had the wrestling world buzzing about its legitimacy and if MJF is really on his way out.

One way of continuing this drama would be a surprise appearance from MJF during the final throes of the main event of Moxley and Tanahashi for the interim title.

With nothing but screwing AEW and Khan in mind, MJF would hit the ring to ruin the match by either attacking both competitors, causing a disqualification before leaving the arena with the belt in hand, ala CM Punk in 2011.

Or he causes Moxley the match resulting in Tanahashi taking the interim title to Japan and leaving AEW without a champion. Either way, he returns to royally mess up AEW’s plans, proceeds to let the world know about it and continues to own wrestling.

You can follow the results and all the fall out from AEW x NJPW Forbidden Door here at Inside The Ropes.