WWE has long been the dominant force in professional wrestling, yet there is no denying the impressive star power that AEW CEO and Co-owner Tony Khan has managed to amass in the short time since the promotion’s 2019 launch.

AEW has managed to acquire some of WWE’s most critical main event players of the last decade including, CM Punk, Daniel Bryan and even Chris Jericho, who at one point said he’d never wrestle for another promotion. With that in mind, let’s investigate which stars could be next to make the jump. 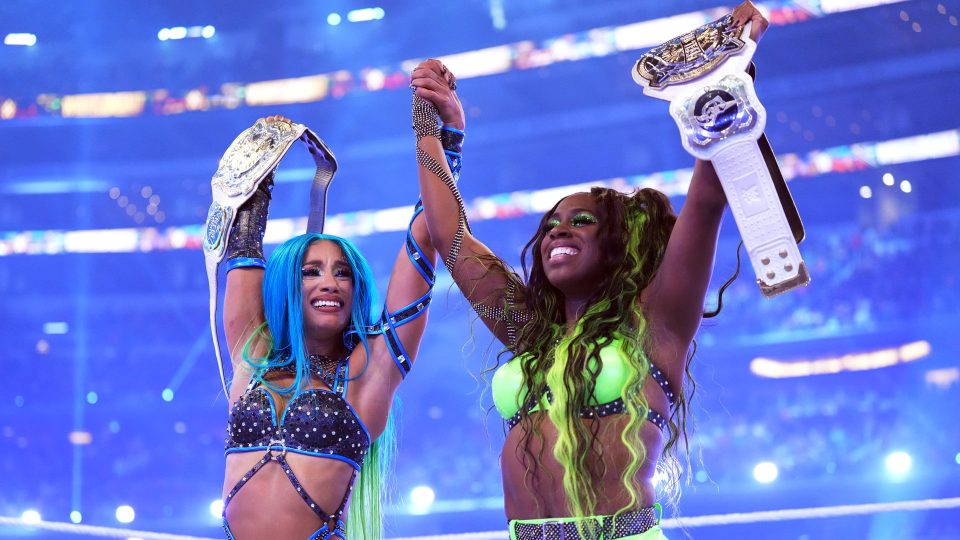 With the now former tag team champions walking out on their WWE Raw main event and with seemingly no plans to bring Sasha Banks and Naomi back, it would be impossible not to speculate that AEW could be next on the cards for the duo.

As previously reported it is known that Naomi actually was in the middle of a contract negotiation, with her deal reportedly up this summer. With that in mind it perhaps wont be too long before this former WWE Women’s Champion could explore her options with AEW.

Sasha Banks however may be a different story. We do know that Banks signed a contract extension 3 years ago. Exact details of how long for are not known, but some have speculated that with even some time left on her deal, WWE may look to make an example of her as a deterrent to stop such walk outs in future. Since the cancelled Raw main event, the champs have been stripped of their titles, buried by commentary multiple times on air and even had their merchandise pulled from WWE’s online shop.

As someone who has always stood up for herself and had incredible belief in her abilities, one has to think that Sasha may also now be contemplating a potential future with AEW. 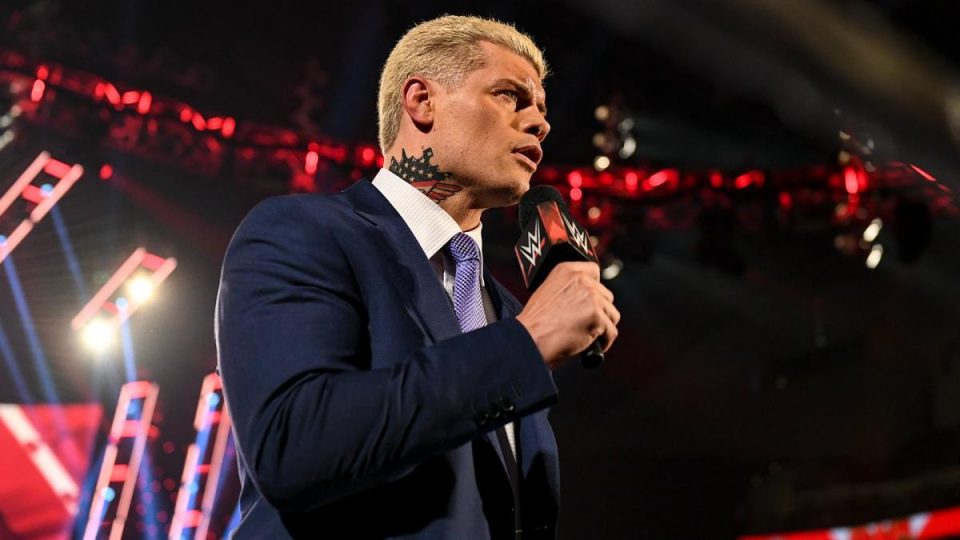 This option seems a little left-field, given how recently he departed AEW to return to WWE. However, if you look at Cody’s movements since his initial WWE departure in 2016, he has played the game absolutely perfectly. In an industry where sometimes you have to move across to move up, Rhodes has had successful runs on the indies, an ROH title run and even became NWA Heavyweight Champion before assuming his role as Executive Vice President and multi-time TNT Champion for AEW.

With someone this good at playing the chess game that is the pro wrestling business, is it really that difficult to imagine a scenario where Cody could return to the company he helped found in AEW? Ask yourself, is this a scenario that could be best for Cody’s career? If the answer is yes, then can we really take it off the table as a potential option?

Cody Rhodes is currently laser focused on his goal of reaching the mountain top that is the WWE Championship. But let’s say he achieves that in the next few years. The allure of the AEW World Championship that was previously unavailable to him could be too strong. His contract is lengthy, but the American Nightmare is still only in his mid thirties. 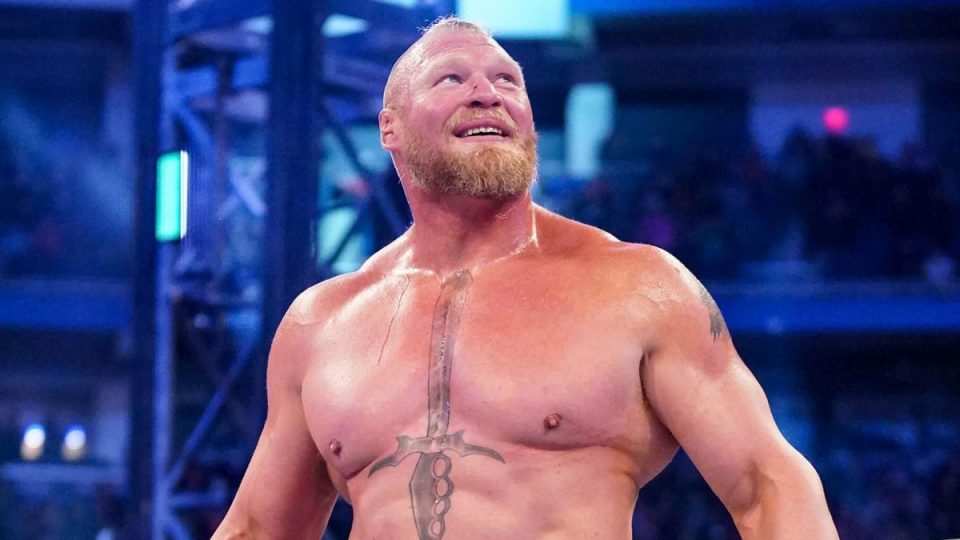 As mentioned in our recent feature looking at Lesnar’s sometimes combustible business relationships, Brock Lesnar does not mind upsetting a few people to get what he wants, including Vince McMahon. This is perhaps best demonstrated by Lesnar’s willingness to throw the WWE Universal Championship directly at his boss’ head.

After walking away from a reportedly massive WWE contract renewal in April, Lesnar has proven that he is willing to go home if the deal isn’t quite right. From refusing to be slapped by Antonio Inoki as a trainee, his indifference towards his wrestlers court appearance, to leaving the business on top in 2004 and even promoting a different beer because the UFC didn’t cut him in on their Bud Light sponsorship. Brock Lesnar has made it clear he’ll do what is best for Brock Lesnar.

With Lesnar seemingly having more fun that ever during his recent and highly successful babyface run, who’s to say that Lesnar wouldn’t entertain a move to AEW if the price was right. It would be ludicrous to assume that these thoughts haven’t circulated internally in both WWE and AEW, but time will tell if a) Brock will return to wrestling and b) If Vince McMahon can buy his loyalty.

There are two things we know for sure about Goldberg. One, he likes money and two, he is undoubtedly a draw, more so than fans on social media will ever give him credit for. If you need proof of this, simply go through WWE’s YouTube channel and look at the hits generated whenever Goldberg does anything. Whilst he is not a darling of the online wrestling community, he brings eyes to the product and you can bet that Tony Khan knows this.

Also, as mentioned, Goldberg makes sure to get his money right. As someone who has invested his money wisely and been careful never to devalue his brand through over-exposure, Goldberg has continually been able to command an astronomical appearance fee when it comes to returning to the ring.

Whilst Goldberg did achieve his dream of returning to the ring on his own terms with his son watching from the front row, we do know that if the right offer is on the table, he may be open to doing business

With rumours circulating that Warner were keen for AEW to acquire some more household names to bring more eyes to the product, no one could deny that that Goldberg could comfortably, and pun intended, meet the bill for this requirement. With a whole host of first-time matchups and storylines that would be available to AEW’s audience, this would surely be an attractive proposition for Khan if Bill Goldberg felt he had one more run left in the tank. 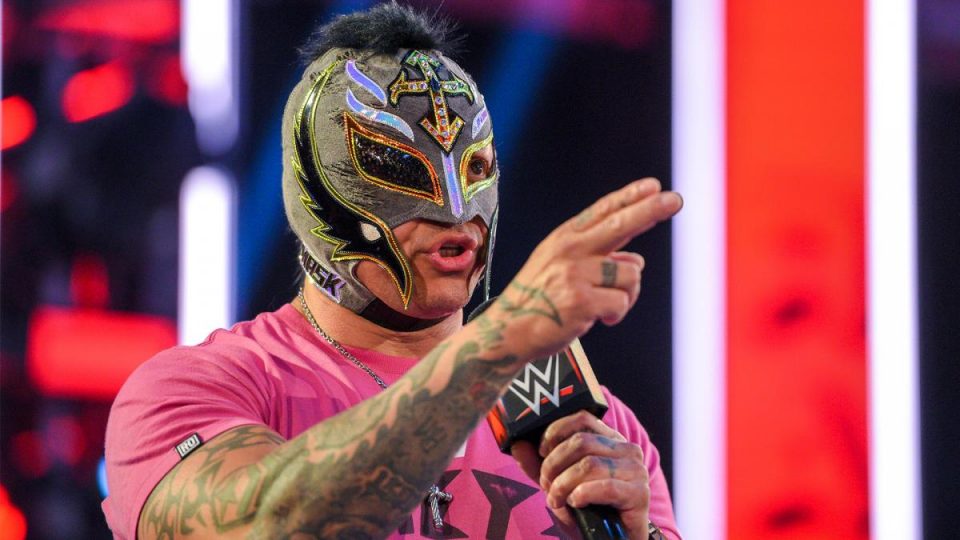 The effects of age have seemed to completely bypass the legendary luchador who is still continuing to deliver top quality work well into his unbelievable 34th year in professional wrestling. The Wrestling Observer Newsletter reported that Mysterio signed a deal that will keep him under the WWE umbrella until 2023.

Now with only one year left on his deal, comments that his son Dominik Mysterio made in an ESPN interview are even more interesting. He previously stated the following regarding Rey passing the torch and his desire to carry on his father’s masked legacy:

“We actually talked about it. He definitely has to continue with the Mysterio dynasty. It’s in his genes. I think we’re going to incorporate that eventually and create a good story so the fans can understand the rich history behind Lucha Libre and the masks.

I’ve always wanted to wear a mask mainly because of tradition. It’s important to keep that tradition going. Now with my face being out there, I think it would just have to be introduced a little bit differently so people understand. I definitely want to wear one, but it has to be introduced properly.”

When Rey Mysterio’s deal is up, one has to wonder if he will continue to accompany his son, step back from the business to allow him to flourish on his own under a new name and mask, or if he could he in fact forge his own path once again in AEW.

Given the fact that Rey Mysterio was an integral part of the initial All In Pay Per View starring in it’s main event, it is not difficult to imagine a scenario where this could be the case.

Only time will tell, but as we’ve learned in the professional wrestling business and perhaps best recently demonstrated by the returns of CM Punk and Cody Rhodes, you can never say never regarding where a pro wrestling superstar can potentially end up.