2021 has seen many dominant title reigns: Roman Reigns as Universal Champion, Kenny Omega as AEW World Champion and Hikaru Shida as AEW Women’s World Champion are just a few. But a reign that’s often left out of the conversation, despite being as impressive as all of the above, is that of Deonna Purrazzo as IMPACT Knockouts Champion, initially winning the title all the way back at Slammiversary 2020.

Since capturing the gold in only her third match since returning to the promotion, Purrazzo has retained the gold over some of the best IMPACT has to offer including Taya Valkyrie, Jazz, Rosemary and ODB.

Despite losing the title to Su Yung at Bound For Glory last October, the former WWE star managed to bounce back with a vengeance – regaining the title just three weeks later and remaining undefeated in singles matches ever since.

An honourable mention goes to Ruby Soho, the former Ruby Riott. Whilst she was initially considered for this list, recent reports have given some insight into her status for Slammiversary. 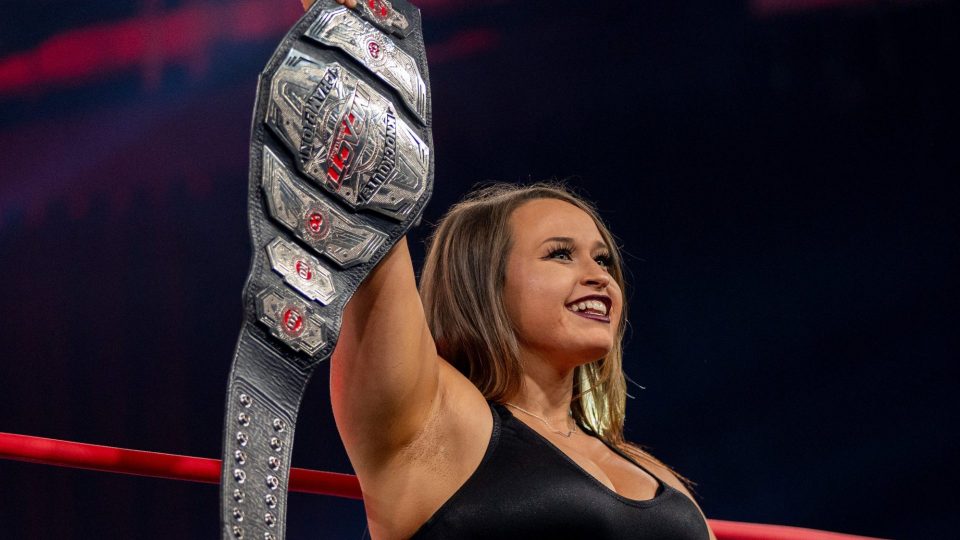 A year on from losing the Knockouts title, it would be nothing short of poetic for Jordynne Grace to challenge the woman who shockingly dethroned her at last year’s Slammiversary.

Grace has stayed away from the singles title picture since failing to recapture the belt in a 30-minute Ironman match at Emergence Night 2 almost 11 months ago. Since then, she’s shifted her focus to other championships in the promotion such as the X-Division and Knockouts Tag Team Championships – capturing the latter titles with Rachael Ellering earlier this year.

With her newfound experience, Grace could well appear to challenge Purrazzo for the gold and take revenge for their Slammiversary battle one year ago. 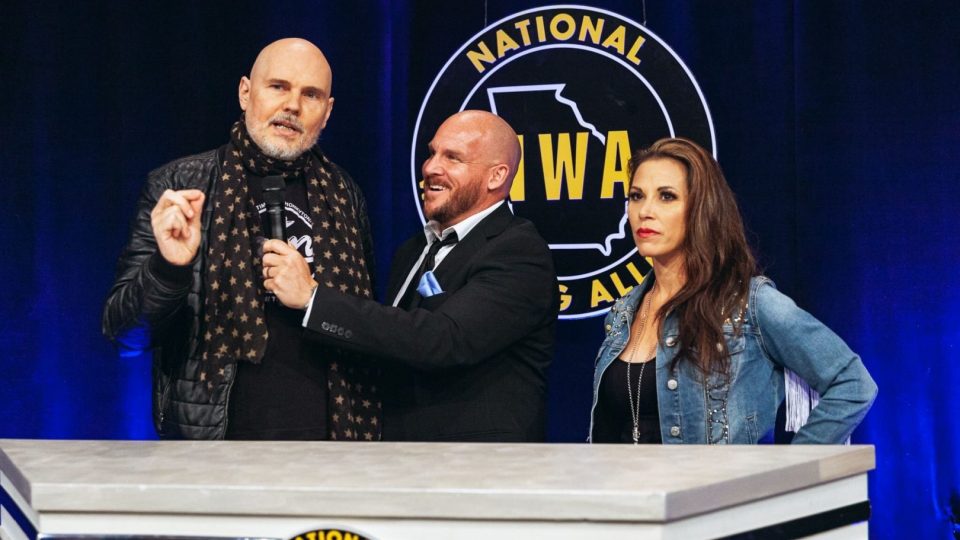 Deonna Purrazzo has felled almost every Knockout in IMPACT history, past and present… except one: 3-time Knockouts Champion Mickie James.

James last appeared in IMPACT (still known as TNA at the time) just shy of 6 years ago before pursuing a WWE return. Despite starting strong in a great showing against then-NXT Women’s Champion Asuka at NXT TakeOver: Toronto, James became lost in the shuffle on the main roster with her most memorable moments coming from her alliance with Alexa Bliss.

Since her WWE release this past April, James has been working with NWA to produce their first-ever all-women’s show NWA EmPowerrr but has yet to make a return to the ring herself. Doing so by challenging the champion of her wrestling home away from home would be an excellent start to her post-WWE days. 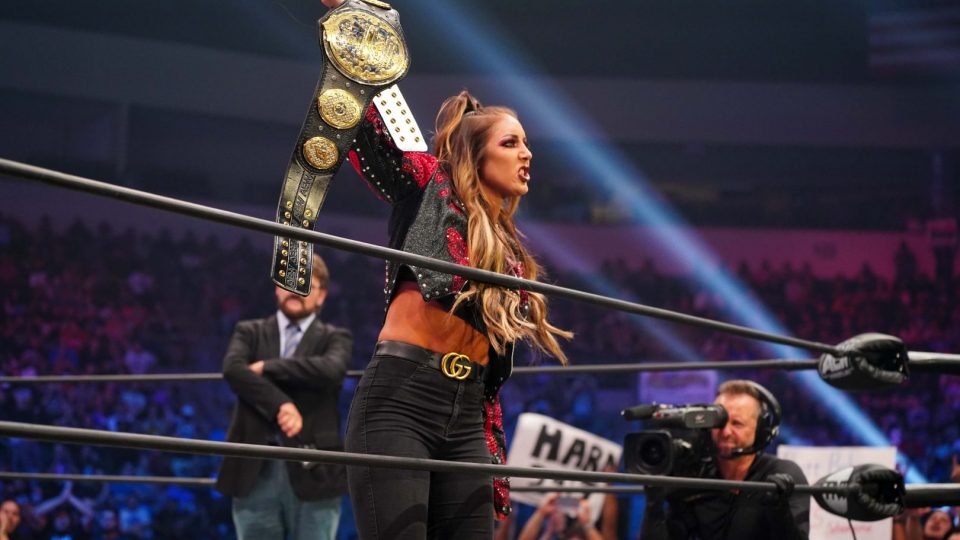 Britt Baker is arguably the biggest female wrestling name anywhere outside of WWE and easily the biggest within AEW itself. Establishing herself as the charismatic backbone of the promotion’s women’s division over the last year, Baker finally reached the top when she captured the AEW Women’s World Championship at Double or Nothing this past May – ending the historic 372-day reign of Hikaru Shida in the process.

With big shoes to fill, it wouldn’t be surprising to see Baker become the first female to kick down the Forbidden Door and challenge Deonna for the Knockouts Championship. After all, it certainly worked out for Kenny Omega… 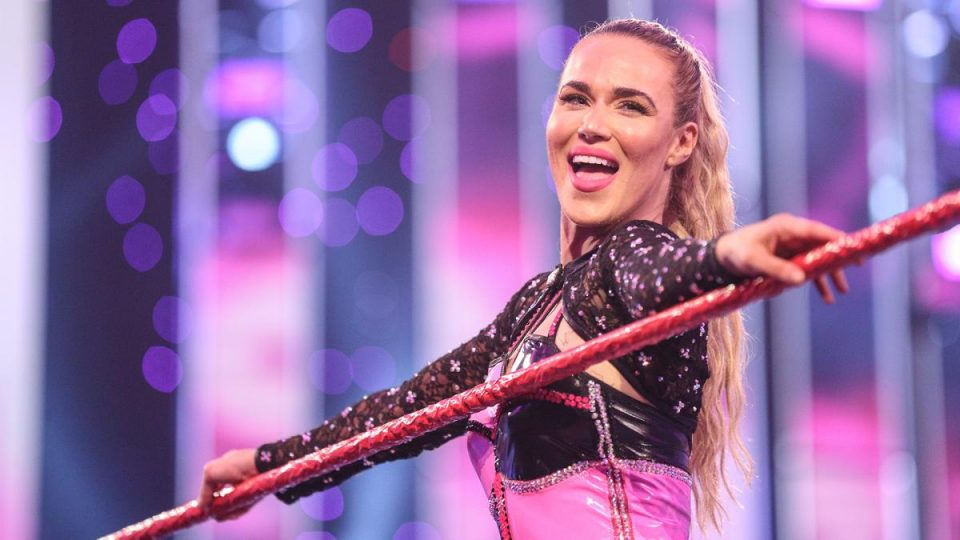 Yes, you read that right. Lana. Bit of a wildcard pick here, I’m aware, but stick with me.

Lana had a bumpy ride in WWE, to say the least. Debuting as the valet of the imposing Rusev, the duo had a dominant run leading all the way to a WrestleMania confrontation with John Cena. Rusev’s loss to Cena began a spiralling descent for the two and after being broken up and put back together countless times, ‘The Bulgarian Brute’ was released from the company in April 2020 with Lana following suit this past June.

During a recent appearance on Talk Is Jericho, Lana discussed how she always strived to prove herself within WWE and felt like she never got an opportunity to do so. Well, what better way to do exactly that than challenging, and maybe even defeating, one of the most dominant women’s champions of the last year? 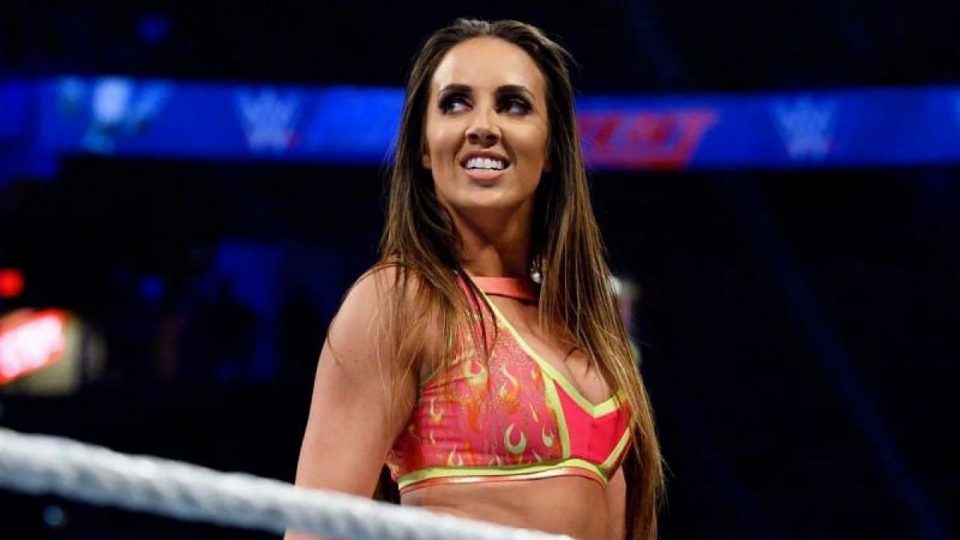 Perhaps the most heavily-rumoured former WWE star to appear at Slammiversary, Chelsea Green being the mystery challenger for Deonna Purrazzo’s Knockouts Championship seems to make the most sense.

After an unfortunate wrist injury in her first televised WWE match, Green was kept out of action until early 2020 where she officially debuted in that year’s Women’s Royal Rumble match. She went on to have a short NXT stint with the Robert Stone Brand before injuring her wrist again in her SmackDown debut, leading to her release in April earlier this year.

The 30-year-old has a significant amount of history with the Knockouts Champion. On top of being close friends with Purrazzo in real life, the two worked together in NXT as part of the VXT faction alongside Rachael Ellering and even appeared on NXT TV together in September 2019. With such a deep backstory, a match between the duo seems almost inevitable.

Chelsea surprised fans this past weekend by appearing at Best In The World to enter herself in the ROH Women’s Championship tournament, seemingly eliminating any possibility of a Slammiversary appearance. However, a report on her appearance revealed that she has not signed a contract with Ring of Honor, leaving her open to return to the promotion where she made her name as Laurel Van Ness.

IMPACT Slammiversary 2021 will emanate from the Skyway Studios in Nashville, Tennessee on Saturday July 17th at 1am BST and is available to stream live and on-demand via Fite TV.