IMPACT Wrestling’s inaugural pay-per-view of 2022, Hard To Kill, will go down on Saturday, 8 January from the Bomb Factory in Dallas, Texas. As it currently stands, the event looks promising, with eight matches thus far confirmed for the pay-per-view. In no particular order:

Between Mickie and Deonna’s Texas Death Match, a defence of Ring Of Honor’s top championship, and the first-ever Ultimate X match for the knockouts division, Hard To Kill 2022 looks set to be a monumental, evening. IMPACT’s pay-per-views are traditionally full of surprises, as both Slammiversary 2020 and 2021 proved with the numerous debuts and returns of The Good Brothers, Chelsea Green, Jay White, EC3, and Eric Young, amongst others. 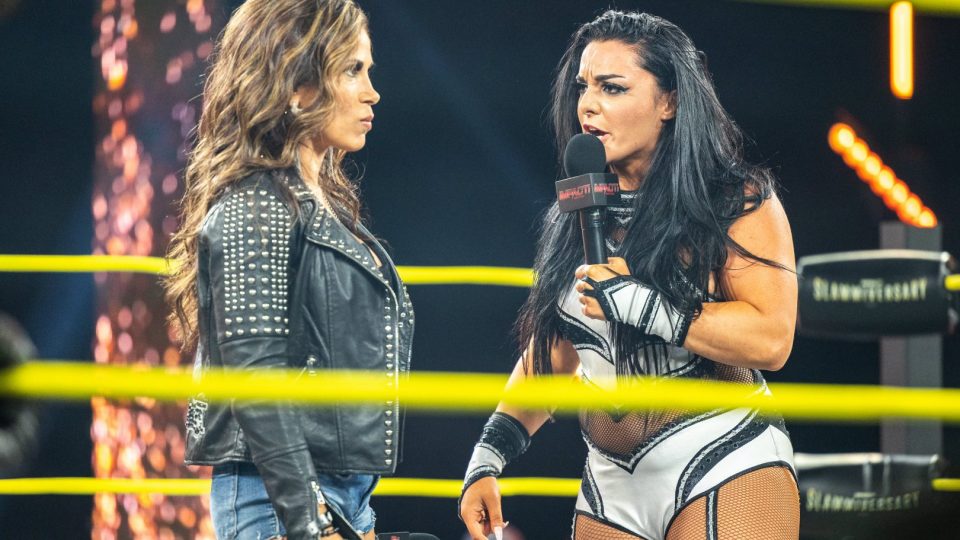 IMPACT Wrestling’s treatment of the knockouts division, particularly in recent years, has seen the Anthem-helmed promotion rival their competition with their progressiveness. Their women have constantly been treated as equals to the men to the point that Tessa Blanchard, as controversial as she was at the time, won the IMPACT World Championship from Sami Callihan at the 2020 Hard To Kill pay-per-view. This made her the first woman to hold a major North American promotion’s top title.

The closest WWE ever came to this was having Chyna as their Intercontinental Champion.

While the former “Divas” were being utilised in subpar two-minute Bra & Panties matches, the then-TNA’s female talent pool was embroiled in Lethal Lockdown matches, Last Knockout Standing Matches, and Monster’s Ball. Hell, at Hard To Kill itself, there will be the inaugural all-knockouts Ultimate X match. Crucially, however, the knockouts have never headlined a pay-per-view. This should change on Saturday.

The story between Mickie James and Deonna Purrazzo is immensely personal, certainly moreso than Matt Cardona, W. Morrissey, and Moose‘s contest for the latter’s World Championship. It’s been brewing and building since the Slammiversary pay-per-view on 17 July when Mickie returned, confronting Deonna after she’d retained the Knockouts World Championship over Thunder Rosa. It’s only gotten increasingly more personal ever since, peaking when “The Virtuosa” invaded Mickie’s farm.

Given that this will now be contested as a Texas Death Match, it needs to be the main event. Although IMPACT hasn’t specifically stated that Cardona, Morrissey, and Moose will main event, it almost certainly will. If this is to be the final note in the Mickie vs. Deonna legacy, IMPACT should throw in a surprise by placing them last on the card. They’ve more than earned the spot. 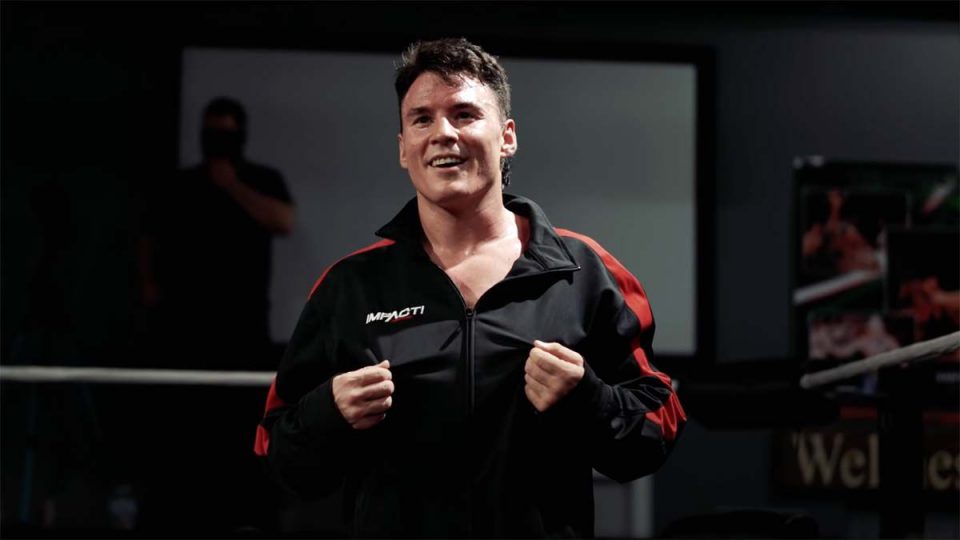 When it was first revealed that “Speedball” Mike Bailey had signed with IMPACT Wrestling at the start of November, the feeling in the air was very much that of excitement.

For years, the Canadian striker has been a prolific name within indie wrestling, as his unique blend of stiff kicks and eye-catching flips (his Ultima Weapon shooting star double knee-drop finisher is both insane and a joy to watch) has elevated Bailey to such a level that he was previously a highly sought-after star. WWE had reportedly shown interest in signing him, though nothing ever came of this.

IMPACT held television tapings mere weeks after Bailey’s signing was confirmed by IMPACT themselves, but he is yet to officially debut. Perhaps IMPACT is keeping him away for a reason, waiting for the prime opportunity to capitalise on his arrival. They’ve done so with Masha Slamovich, for example; she signed with IMPACT following the Knockouts Knockdown special (taped in September), but is only scheduled to debut on this Thursday’s IMPACT broadcast. Purposefully or not, IMPACT held off on Masha’s official debut until the hype surrounding the promotion was at a peak.

He should, however, crop up at Hard To Kill, ideally slotted after the X Division Championship outing between Steve Maclin and the defending champion, Trey Miguel.

Whether he confronts the champion or saves Miguel from a post-match beatdown from Maclin is irrelevant. Either way, he’ll have debuted in a marquee scenario to a presumably larger audience than normal. Twitter discourse will be very high on Mike Bailey if this is to happen.

Jake Something Joins Violent By Design 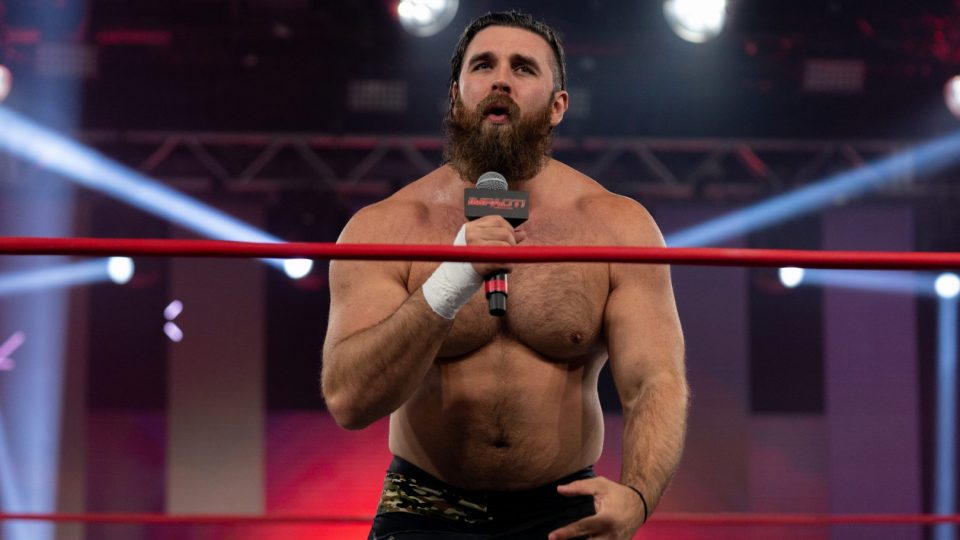 IMPACT Wrestling has seriously dropped the ball on Jake Something.

When he split away from Deaner in December 2020 and transformed from Cousin Jake into Jake Something, he had a TNA World Heavyweight Championship match with Moose that was a real barnstormer under the empty arena circumstances. Something held his own against Moose, despite coming up short, and it appeared to be the beginning of a huge run for Jake. Unfortunately, nothing came of it, as Jake has remained in the lower mid-card.

To get him back in the picture, a role in Violent By Design may be in order for him to re-establish himself within IMPACT. When VBD first kicked off, Jake had a couple of decent matches against its members, including an Old School Rules match at last year’s Hard To Kill. He’s a natural fit for the stable, which is now down a member following Rhino’s realliance with Heath at Bound For Glory.

Given that VBD’s role in Hard To Kill this year seems them in a Hardcore War, there’s an easy avenue for Jake to be inserted into the Eric Young-helmed group. A simple big boot to the face of Eddie Edwards is all it would take for Jake to execute an emphatic heel turn that would, in theory, place him back in the upper mid-card. Where, exactly, this would take him thereafter remains to be seen, though a championship run – perhaps the World Tag Team Championships alongside Deaner – would be ideal. 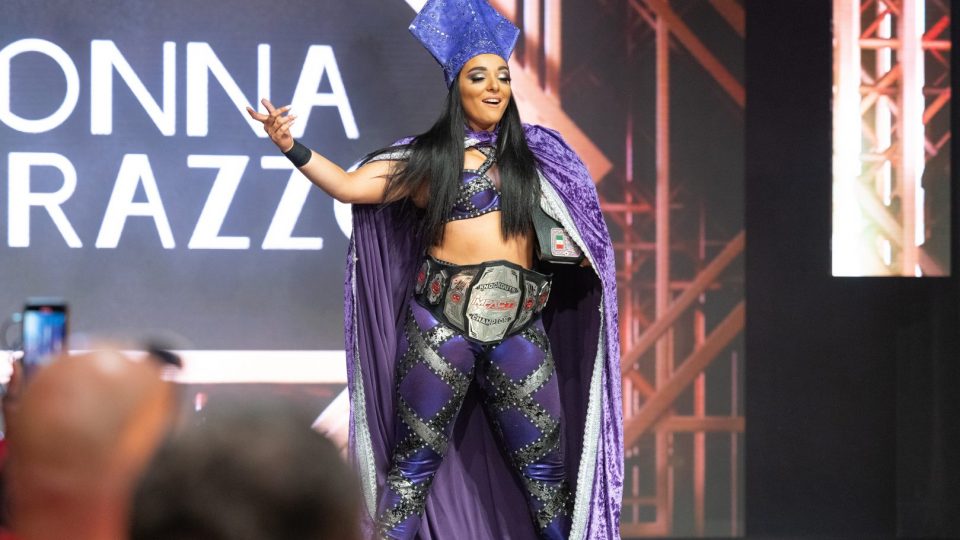 Not only should Deonna Purrazzo and Mickie James main event Hard To Kill, but it should also be “The Virtuosa” who leaves as a three-time Knockouts World Champion.

As it currently stands, Deonna is slated to defend Lucha Libre AAA Worldwide’s Reina de Reinas Championship against Ring Of Honor’s Women’s World Champion Rok-C, with Rok-C’s title also being defended in a title vs. title bout. This will be taped on Sunday, 9 January at IMPACT’s television tapings, with the match reportedly airing on the 13 January IMPACT broadcast. If the chance is there, you’d assume IMPACT would prefer to have their own championship on the line also. It is their show, after all.

Even aside from this, though, Deonna is the better fit to be the champion right now. The knockouts division is currently going through a peak, with Jordynne Grace re-signing last year as opposed to leaving for pastures new, while the likes of Savannah Evans, Lady Frost, and the aforementioned Masha Slamovich have all joined the division, too. Having a legend like Mickie James as the division’s top champion is all fine and good, but you’d ideally want to have a younger star heading up the division during such a time.

The publicity surrounding IMPACT should Deonna hold the women’s championships of IMPACT, ROH, and AAA would be surreal. Deonna is more than capable of holding down the fort for all three promotions. 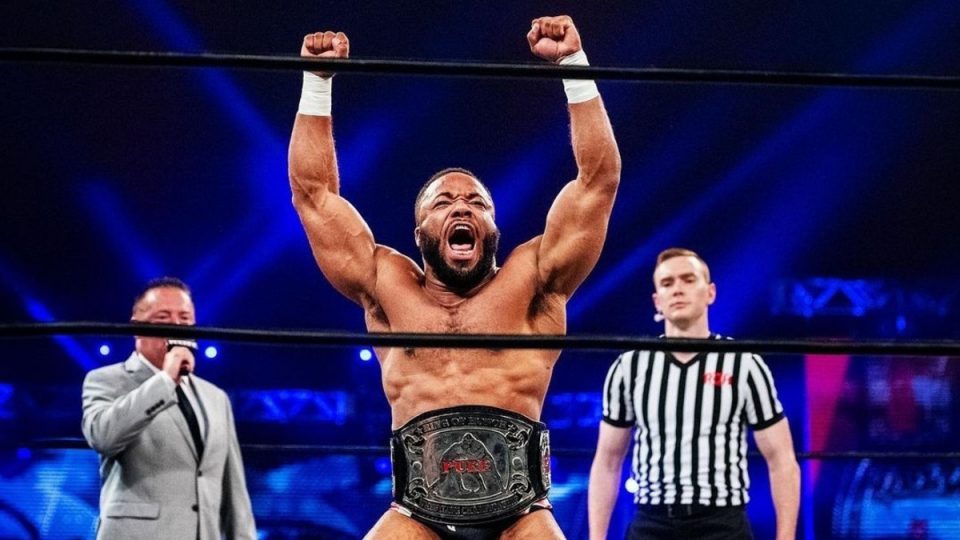 As mentioned, Rok-C will debut on an upcoming IMPACT Wrestling broadcast, while at Hard To Kill, Ring Of Honor’s World Championship will be defended by Jonathan Gresham as he’s challenged by Chris Sabin. Given this, and the ongoing unknown status of ROH’s entire roster, it’s to be expected that many ROH wrestlers will shortly begin showing up as surprises.

It’s already occurred pre-ROH hiatus when Jay and Mark Briscoe cropped up in Game Changer Wrestling, quickly capturing the company’s World Tag team Championships. As far as IMPACT is concerned, ROH names should be a must-have for the first batch of surprises for 2022.

Looking back at previous IMPACT talents, the likes of Mike Bennett, Kenny King, and Angelina Love would be ideal shock arrivals for IMPACT, as all could slot very easily back into the company. Take Love, for example; provided she brought her Allure partner Mandy Leon, they’d be perfect contenders for the Knockouts World Tag Team Championships. The same goes for Bennett in the men’s World Tag Team Championships scene if he brought along Matt Taven, while King would be a fine addition to the X division.

At least one ROH name not named Jonathan Gresham or Rok-C should be expected at Hard To Kill, either in a physical capacity or in a short teaser video. IMPACT has traditionally been excellent at teasing a cavalcade of wrestlers (see: Slammiversary 2020 and 2021 teasers). This is yet another opportunity for them to do what they do better than any other company.

Hard To Kill goes down on Saturday, 8 January, 2022. IMPACT Wrestling programming can be found on IMPACT Plus, their official YouTube channel if you’re an Ultimate Insider, and FITE TV. Stay up to date with all the IMPACT ongoings via their Twitter page.