Ahead of The Most Stupendous Two-Night WrestleMania In History, we take a look at 5 things that could happen at the event that may well steal the headlines.

WrestleMania 38 is one of the most highly anticipated shows in recent WWE history as the company looks to pack a stadium for the first time in three years for their showpiece event.

With the matches set for The Show Of Shows in Dallas, Texas on the 2nd and 3rd of April, here are 5 things you can expect to happen on The Grandest Stage Of Them All. 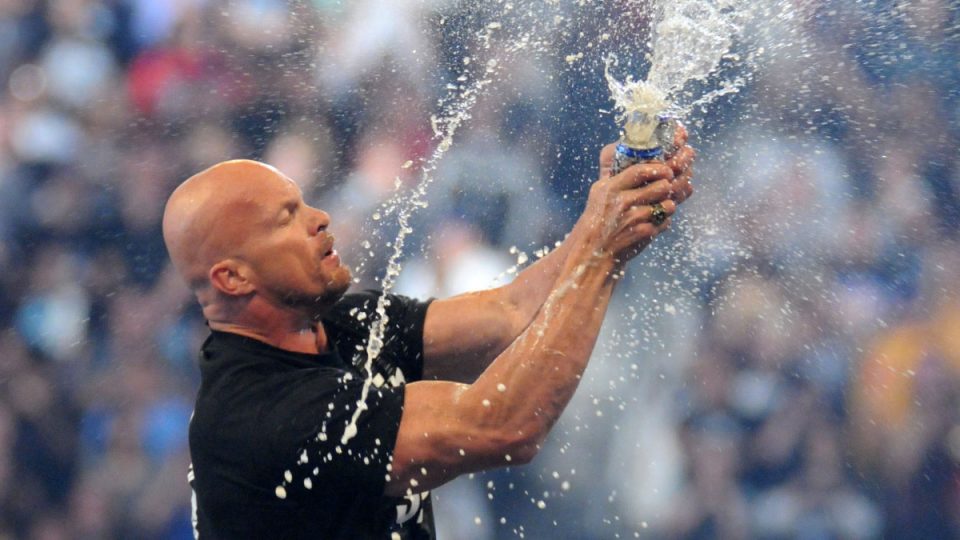 Stone Cold Steve Austin will make his return to WrestleMania for the first time since the event was last held at the AT&T Stadium in 2016. Originally seemingly set for his first match in 19 years, Austin will instead be Kevin Owens’ guest on a very special edition of The KO Show.

With reports now stating that Austin’s appearance is likely to close Night 1 of WrestleMania, the fans in Austin’s home state will be expecting The Most Stupendous Beer Bash in WrestleMania History with everyone expecting that The Texas Rattlesnake will come good on his promise and unleash one last can of whoop-ass on Owens.

While in years gone by, Stone Cold liked to crack open a few ‘Steve-Weisers,’ expect to see the first outing of Steve Austin’s new Broken Skull American Lager to feature as the beverage of choice for the celebrations. 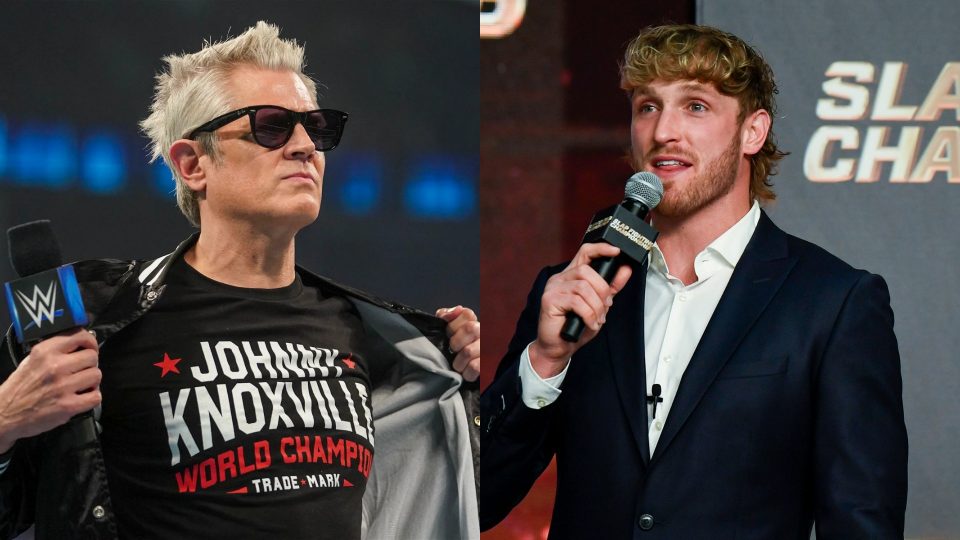 Love it or loathe it, celebrities and WrestleMania have gone hand in hand since the event was conceived by Vince McMahon in 1985. While in the past, The Grandest Stage Of Them All has been a happy hunting ground for celebrities, don’t expect the same this year.

Lawrence Taylor, Floyd Mayweather, Snooki, Bad Bunny, Mr. T, Butterbean, and Maria Menounos have all come out on top against WWE Superstars over the years but Logan Paul and Johnny Knoxville may well buck the winning trend this year.

Johnny Knoxville has been a thorn in former Intercontinental Champion Sami Zayn’s side since before he made his WWE debut in the 2022 men’s Royal Rumble match. The Jackass star has been involved in back and forths with Zayn that included plastering Zayn’s phone number across the skies of Los Angeles. With the match between the two men now Anything Goes, Sami Zayn needs to expect all kinds of Jackass-style pranks that might befall him but ultimately the Canadian star should pick up the win.

Logan Paul will team up with The Miz to face The Mysterios at WrestleMania and if he and the former WWE Champion come up short against the father and son team, it could see a frustrated Miz turn on his tag team partner and likely fail in his attempt to take out Paul.

3. The Boss Breaks Her WrestleMania Streak 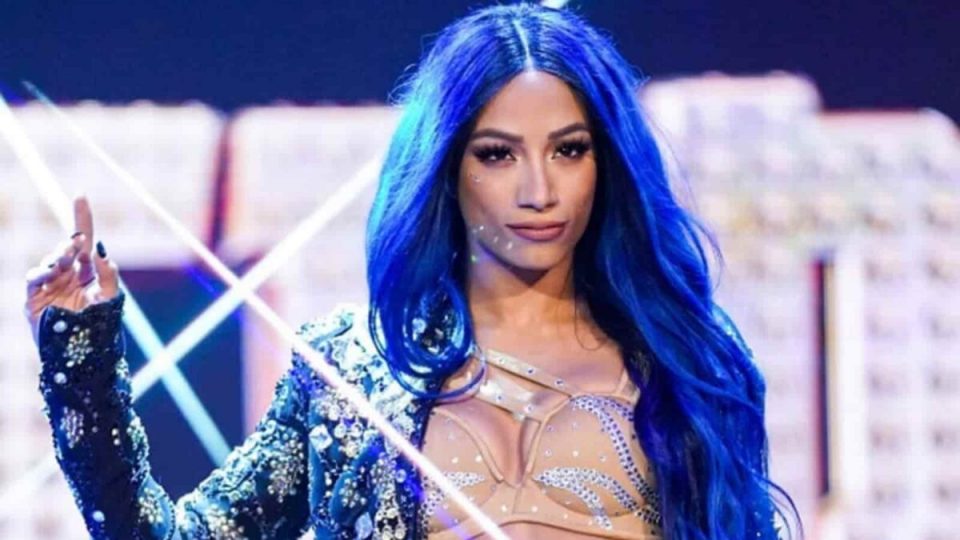 As a former Raw, SmackDown, NXT, WWE Women’s Tag Team Champion, Sasha Banks has almost done it all in her glittering WWE career. The one thing The Boss hasn’t done is win at WrestleMania.

Banks is 6-0 at The Show Of Shows having made her WrestleMania debut in 2016 when she lost a Triple Threat match involving Charlotte Flair and Becky Lynch to crown a revived WWE Women’s Champion as the Divas era came to an end.

The following year Sasha Banks again failed to pick up a win as she was involved in a Fatal Four-Way match for the Raw Women’s Title which was won by defending champion, Bayley. At WrestleMania 34, Banks was part of the Women’s Battle Royal won by Naomi and in 2019 she and Bayley lost their WWE Women’s Tag Team Championship to The IIconics.

2020 saw Sasha Banks come up short in another multi-women match won by Bayley and in 2021 she and Bianca Belair made history as they headlined Night 1 of WrestleMania 37. Banks entered the event as the reigning SmackDown Women’s Champion but lost out to The EST of WWE.

At WrestleMania 38, Sasha Banks is chasing the Women’s Tag Team Title again, this time with new partner Naomi. The duo faces tough competition in the form of reigning champions Queen Zelina & Carmella, as well as Liv Morgan & Rhea Ripley, and Natalya & Shayna Baszler but expect The Boss and The Glow to claim gold when it’s all said and done. 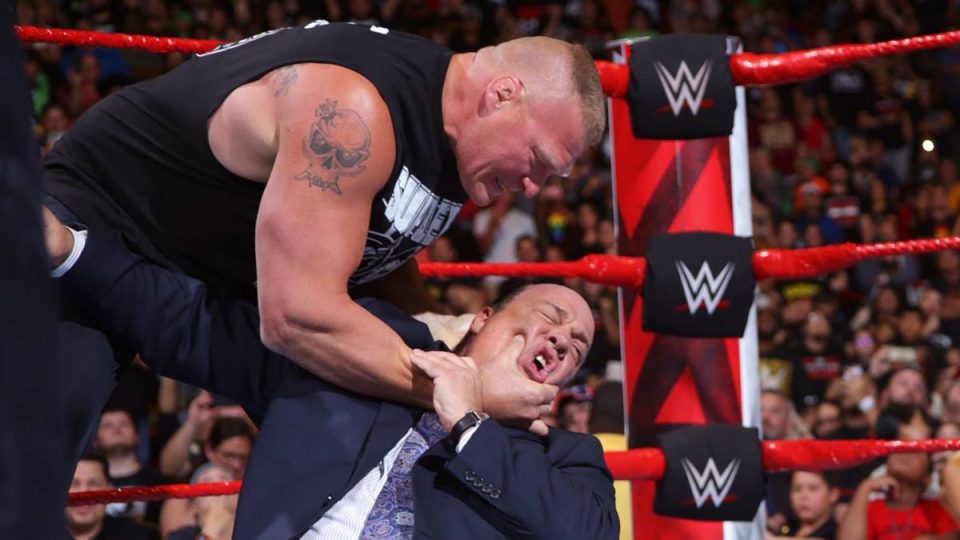 In what is being billed as the biggest WrestleMania match of all time Brock Lesnar will go one on with Roman Reigns in a ‘Winner Take All Title Unification’ match with both the WWE and Universal Titles on the line.

When Lesnar returned to WWE at SummerSlam in 2021 he upset the cosy relationship that had formed between his advocate Paul Heyman and his rival, Roman Reigns. With Reigns seemingly dismissing Heyman, he returned to the side of The Beast Incarnate but at the 2022 Royal Rumble Heyman’s true intentions became clear.

Lesnar defended his WWE Title against Bobby Lashley at the event and with the referee down late in the match, Roman Reigns made his presence felt as he looked to cost Lesnar his gold. After delivering a spear, Reigns looked to Heyman to hand over the WWE Title belt, something the loathsome advocate did with a smile on his face before Reigns decked Lesnar allowing Lashley to win.

Brock Lesnar didn’t spend long licking his wounds as he returned before the end of the night to win the men’s Royal Rumble match to guarantee a WrestleMania showdown with Reigns, and Heyman. Expect Lesnar to go all out to leave Dallas with both titles but if he can squeeze it in, expect him to flatten Heyman with an F-5 for his betrayal.

5. An American Nightmare In Dallas 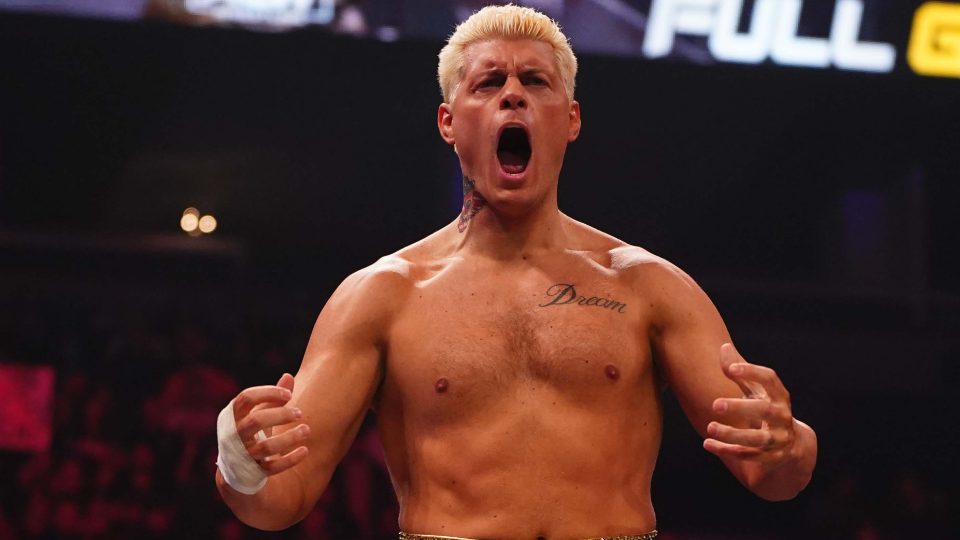 Surely? Surely?? The Cody Rhodes saga should come to an end at WrestleMania 38 where he is expected to face Seth Rollins. Despite there only being one Raw left before the event at the time of writing and Rhodes not having re-debuted in WWE.

But that second debut is seemingly imminent according to reports, and even Rhodes’ former AEW colleague Chris Jericho. While some doubted whether Rhodes would be keeping his ‘American Nightmare’ moniker it has been rumoured that there are those within WWE who want him to do so.

So all signs point to ‘The American Nightmare’ Cody Rhodes showing up at WrestleMania 38 and if he does, there’s every chance he defeats Seth Rollins. And after that, well he’s back in a company where he can challenge for the world title, so maybe The Nightmare’s dreams will all come true back in WWE.

Watch WWE WrestleMania 38 live on the WWE Network – and via Peacock in the United States – on Saturday, April 2nd and Sunday, April 3rd, 2022.