D-Generation X are set to reunite for one night only to mark 25 years since the legendary faction formed. D-X will celebrate their landmark anniversary on the October 10, 2022, Raw, which marks a quarter century since the group were named, even though they had teamed for a couple of months by that point.

D-X were a cornerstone of the Attitude Era and a key component in the bitter rivalry with WCW during the peak of the Monday Night War, which ultimately saw the WWF prevail and purchase its competition in March 2001.

This feature looks back at five of the most memorable D-Generation X moments in history. 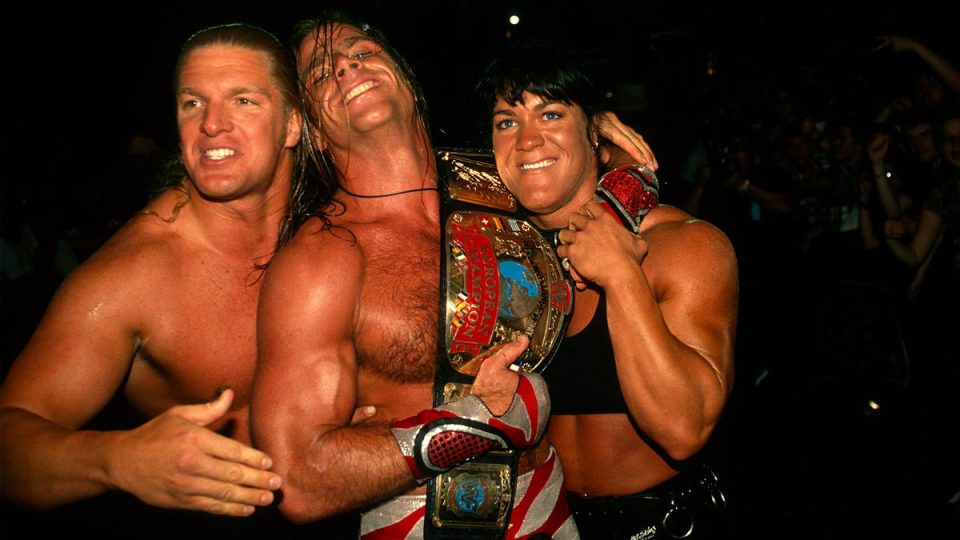 In September 1997, the WWF presented a UK pay-per-view One Night Only in which The British Bulldog defended his European Title in the headliner opposite Shawn Michaels at the NEC Arena in Birmingham, England.

Most fans expected Bulldog to prevail as he had done so, in the famous SummerSlam 1992 headliner, which hailed from Wembley Stadium in London.

Michaels’s D-X running buddies, Triple H and Chyna liberally interfered on his behalf as he cruelly cheated to defeat the Bulldog and win the European strap.

The result led to a huge backlash from the Birmingham crowd incensed at the manner of their hero’s defeat. The heat on D-X was off the charts and indicative of how hated the first incarnation of the group was in the late-nineties. 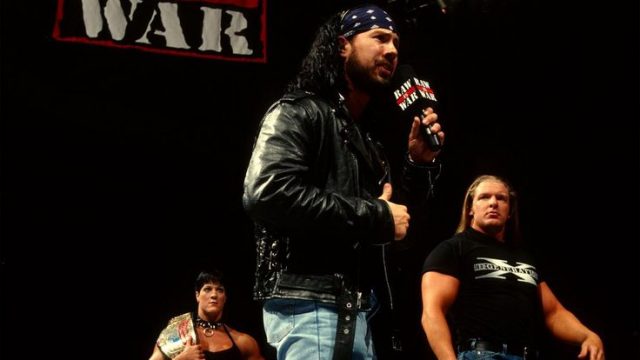 WrestleMania XIV marked a low point for D-Generation X with Shawn Michaels dropping the WWF Championship to Stone Cold Steve Austin in the headliner. To make matters worse, Mike Tyson laid out Michaels post-match. ‘The Heartbreak Kid,’ who had entered the bout with a severe back injury, was side-lined indefinitely.

Picking up the ball, Michaels’ understudy Triple H, sought to reaffirm D-X’s dominance. The March 30, 1998 Raw was a watershed moment for the group in that regard.

Firstly, Triple H introduced X-Pac, last seen as a member of the nWo in WCW as the newest member of D-X. X-Pac cut a blistering promo in which he blasted WCW Executive Producer, Eric Bischoff and also the WWF for its previous presentation of him as the 1-2-3 Kid.

Later in the show, D-X interjected themselves in the Tag Team Title match between The New Age Outlaws versus Cactus Jack and Terry Funk. They assisted the Outlaws in reclaiming the belts, which heralded the new Tag Team Champions initiation into D-X.

The new D-X was stronger than ever and set to make its mark on the Federation. 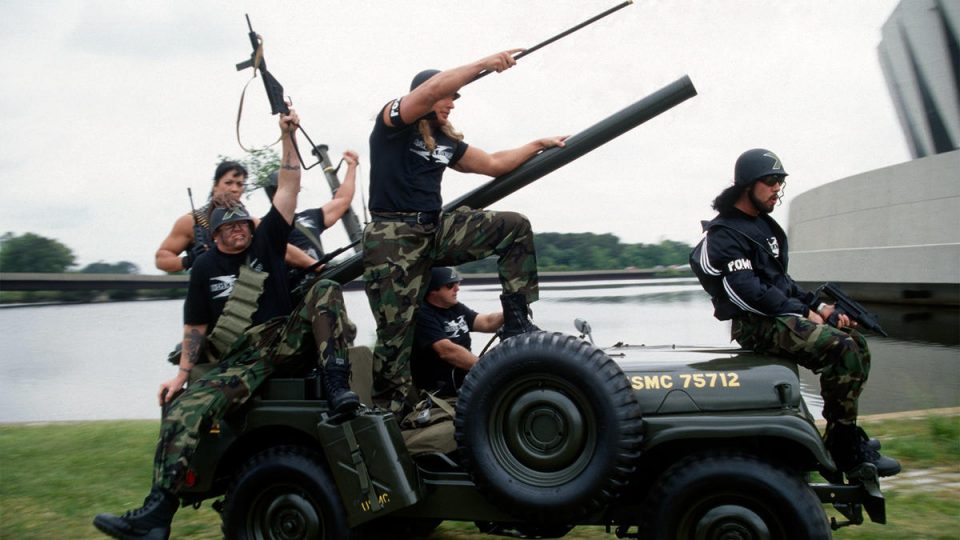 One of the most replayed moments in WWE history, occurred on the April 27, Raw, when the new D-X “invaded” WCW. Raw that night hailed from the Hampton Coliseum, Virginia and WCW were only around 15 minutes away for Monday Nitro at the Norfolk Scope.

Triple H, X-Pac, Chyna and the New Age Outlaws leapt aboard a jeep, decked out in army gear and descended upon Norfolk Scope.

The D-X Army engaged with queuing WCW fans, tried to enter the arena and cried “let my people go” to WCW officials, in reference to Kevin Nash and Scott Hall, who were still contracted to WCW at the time.

These antics endeared the gang to the WWF fanbase and was the first step in turning the faction babyface, which made the segments even more significant.

Rattled by the episode, WCW Executive Vice-President, Eric Bischoff responded by challenging Vince McMahon to a fight at WCW’s next pay-per-view event, Slamboree. McMahon, having won the battle did not respond to the offer. 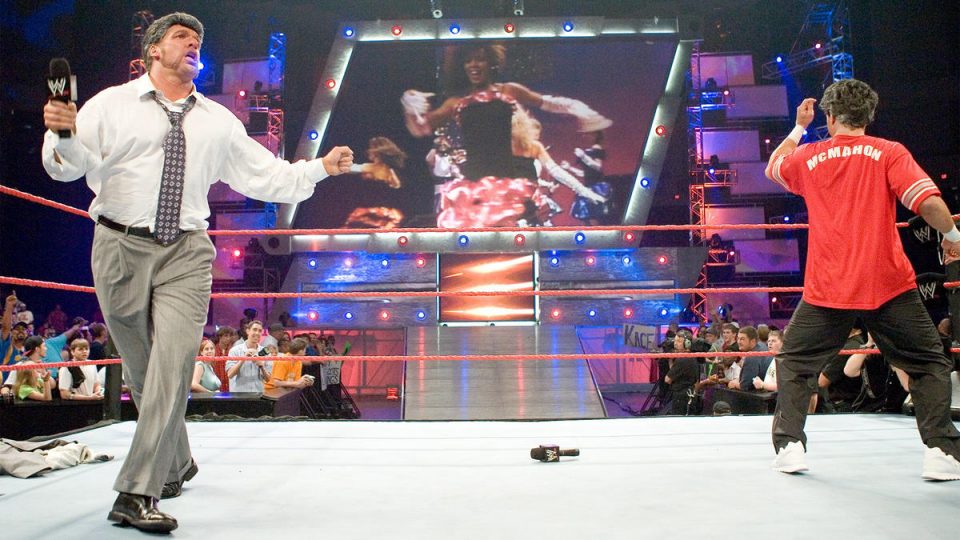 D-Generation X reunited in the early summer of 2006, after original members, Shawn Michaels and Triple H were both individually terrorised in the earlier part of the year, by the McMahon family and joined forces against their tyrannical bosses.

As part of their revenge, D-X memorably impersonated Vince McMahon and Shane McMahon in a hilarious segment.

The pair also unearthed Vince’s “performance” at the 1987 Slammy Awards wherein he sang and danced to ‘Stand Back.’

In a final humiliation, D-X dropped excrement from the ceiling onto Vince and Shane as they stood atop the entrance ramp. 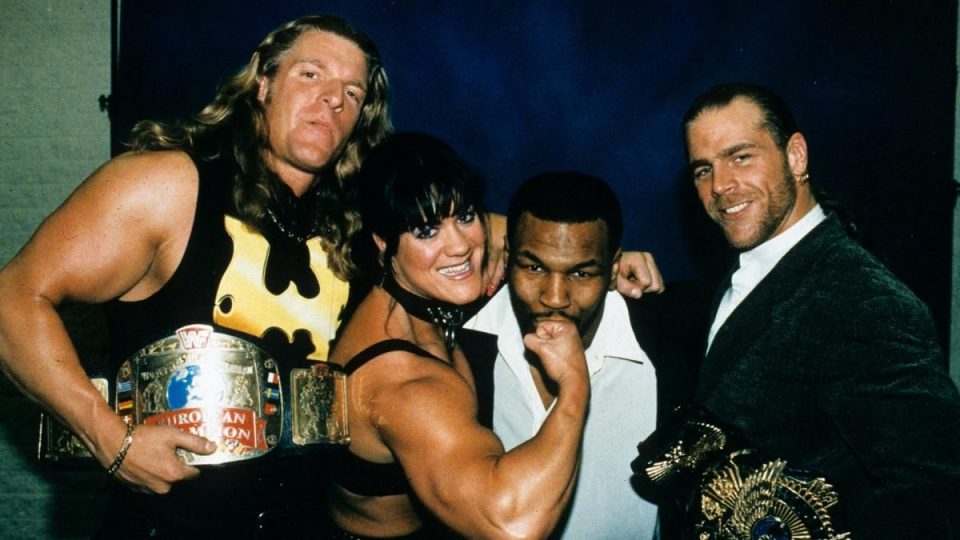 In the run up to WrestleMania XIV, the WWF had hired suspended boxer, ‘Iron’ Mike Tyson to serve as the special guest enforcer for the WWF World Title bout between champion, Shawn Michaels and Stone Cold Steve Austin.

On the January 19, Raw, Tyson and Stone Cold had engaged in a furious pull apart brawl that made headline news all over the world. Six weeks later, Tyson and Michaels had their own tense stare down on Raw. However, the enmity was a ruse and Tyson instead joined D-X!

The most famous boxer in the world was now a part of the faction and enhanced the visibility of the group. Unfortunately, for D-X, Tyson betrayed them at WrestleMania XIV and knocked Michaels out cold post-match. That again, was a clip that was screened all over the globe.

Tyson joining D-X is an unforgettable moment that will be remembered for decades to come.

You can watch all of these and many more memorable D-Generation X moments exclusively on the WWE Network.