The Money In The Bank cash-in remains one of WWE’s best and most exciting creative outlets.

The unpredictability of a cash-in being able to come from anywhere at any time, means no champion is ever safe while the Money In The Bank holder was around.

These cash-in’s have made for some of the most iconic and memorable moments in the last twenty years of WWE, and with the 2022 edition of the show right around the corner, let’s have a look at some of the best. 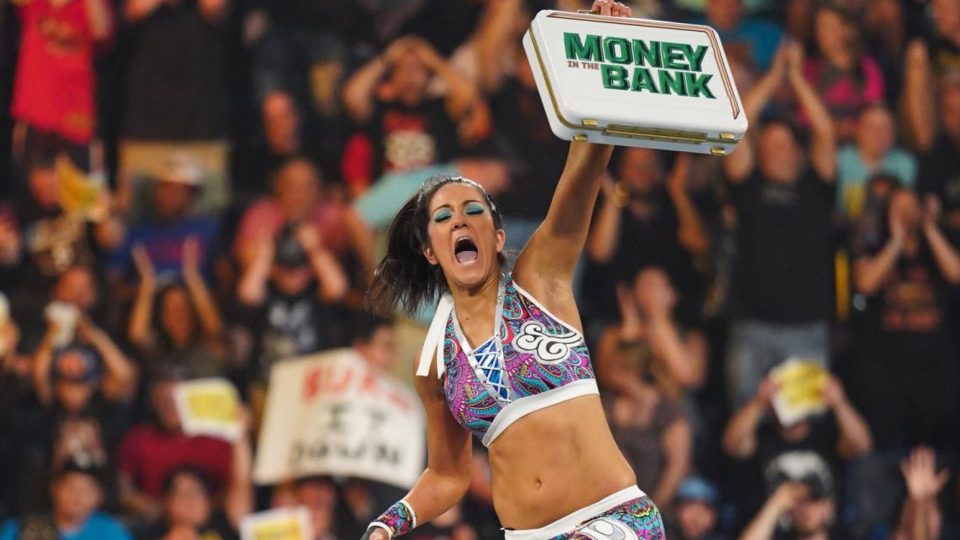 Sometimes it’s just great when an under-utilised babyface gets their moment, and that was the case with our three honourable mentions.

Bayley was directionless after Sasha Banks’ walkout part one in 2019, and giving her the briefcase and subsequently the SmackDown Women’s Championship on the same night was a wonderful way of re-establishing her as a name player.

Her cash in over Charlotte was a welcome surprise, and a rare case of a babyface cash-in actually working, as it was revenge for Charlotte and Lacey Evans two on one attack on Becky Lynch to cost her the SmackDown Women’s Championship just moments prior.

Plus being the beginning of an eventual heel turn and her tremendous pandemic title run, this was really the point where Bayley took off again after a few years of continued descent.

The same can’t be said for the aftermath of either Dean Ambrose or Big E’s respective cash-in’s, but the moments themselves, coming against Seth Rollins in 2016 and Bobby Lashley in 2021, were such joyous moments that it’s hard to look back on them with frustration, even if Big E’s cash-in suffered from the heelish tendencies that are inherent with the idea of a cash-in.

None are quite strong enough to earn a spot on the list individually, but viewed together, it’s a lovely collective of babyface triumphs that deserve notoriety among a sea of heel centric victories.

Plus, there’s one babyface cash-in that stands out against, which makes our number five… 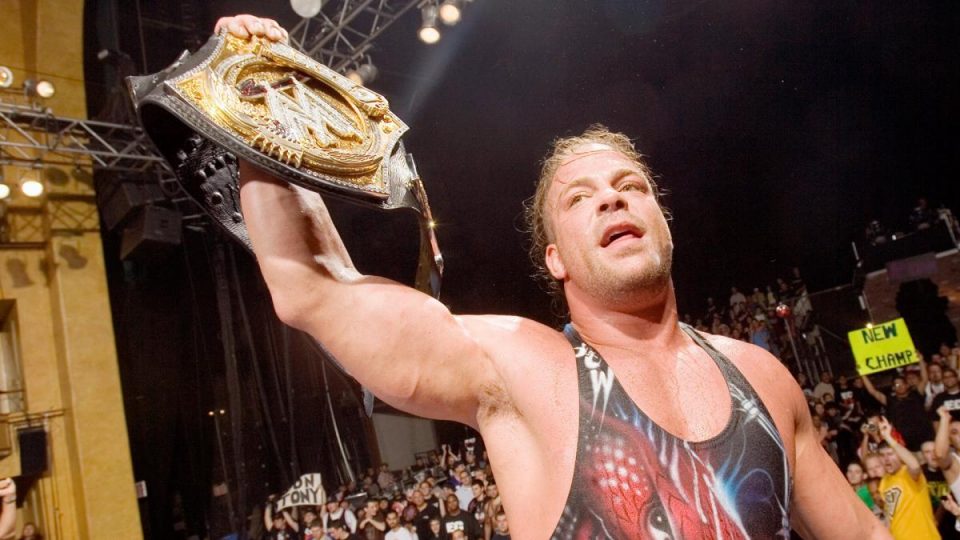 This may be considered cheating by some, considering it isn’t your typical cash-in sneak attack, but cashing in ahead of time doesn’t mean that it’s any less of one.

But what gets RVD on the list of ahead of the honourable mentions is the circumstances surrounding his cash-in.

Only the second cash-in ever, WWE decided not to play it safe by following the formula of the first (which we’ll get to later). Instead, they went in a completely different direction by having Rob Van Dam (who’d won the contract at WrestleMania 22) cash-in ahead of time, and choosing a home field advantage over an unfair attack.

Choosing ECW One Night Stand 2006 as the time and place of his cash-in, it immediately gave the match massive stakes as Van Dam cashed in against then WWE Champion John Cena, in what would turn out to be one of the best atmospheres for a wrestling match in history.

Some Edge interference gave RVD the win and a long overdue WWE Championship win, and while (similar to his babyface counterparts), the aftermath wasn’t quite as strong, for a night, this was the perfect babyface cash-in. 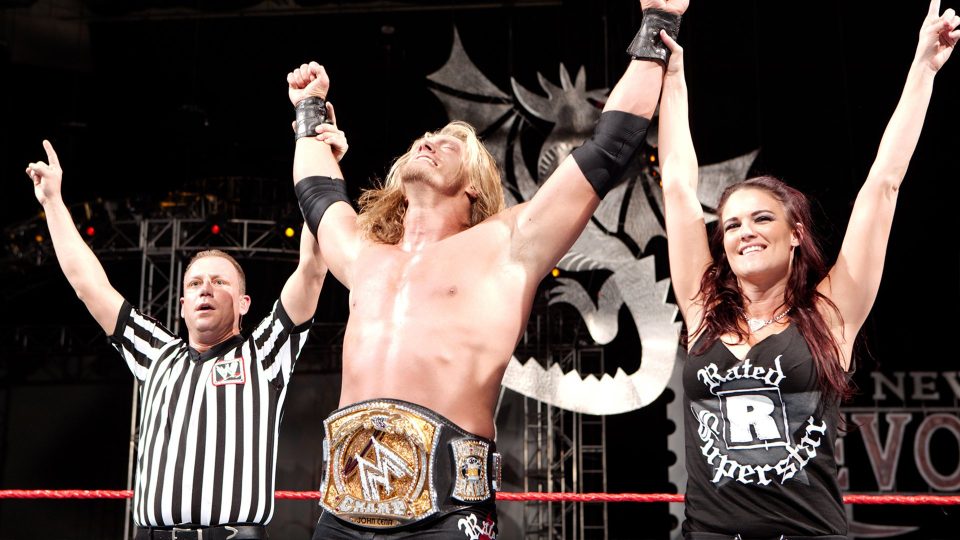 You never forget your first.

This may be a controversial choice placing this so far down on the list, but that’s purely out of personal preference, as the original cash-in from ‘The Rated R Superstar’ remains one of the all time best.

Having won the contract at WrestleMania 21, Edge’s character was perfectly suited to establishing the briefcase as a heel prop that could be used to steal championships.

Coming after Edge stole Lita from Kane in storyline and from Matt Hardy in real life, cashing in the briefcase was the cherry on top of the douchebag sundae Edge had crafted for himself on his road to becoming the ‘Ultimate Opportunist.’

With John Cena having just endured a bloody Elimination Chamber Match, Edge picked his spot as Jonathon Coachman called on the night, and pinned his career rival after two Spears to win his first WWE Championship.

This was the cash-in that all other cash-in’s would be compared to in the sixteen plus years since it took place, and it still holds up today as a hugely important moment in establishing what Money In The Bank would become. 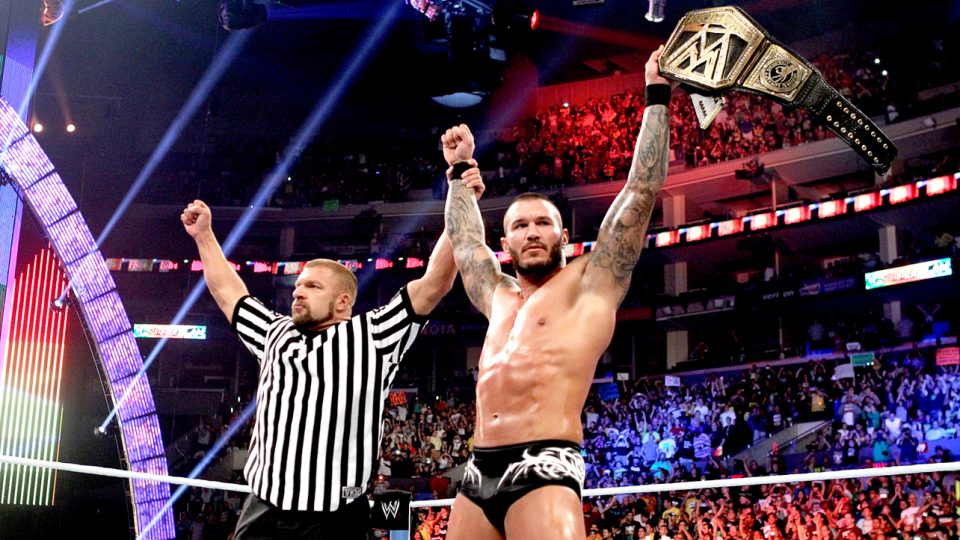 As heartbreaking a surprise as it was brilliant, it’s rare that a cash-in as as much long-term effect on storylines as Randy Orton’s did at SummerSlam 2013.

In the summer of 2013, Daniel Bryan was on the cusp of breaking out as a superstar, and a WWE Championship main event against John Cena at SummerSlam was set to be the moment the trigger was pulled on D-Bry as a main eventer.

And it was, momentarily.

Moments after Bryan had beaten Cena in a great main event, Randy Orton appeared to the shock and horror of an audience in love with their new champion, and had a stare-down with Bryan at ringside.

After teasing he’d walk away to fight another day, a rogue Triple H appeared behind Bryan (after officiating the Cena match) and dropped Bryan with a Pedigree, before then immediately revealing his alliance with Orton, who he’d count the pin for to crown Orton champion.

While many of the moments targeting Daniel Bryan would grow tiresome and insulting over the months that would follow, having Bryan suffer such a great injustice as soon as he’d reached the mountaintop was brilliant storytelling, as was the shock double heel turn of Orton and Triple H, which would kick off The Authority faction that would grow to dominate WWE for years to come.

Just so many things set up with one lovely moment of heartbreak. 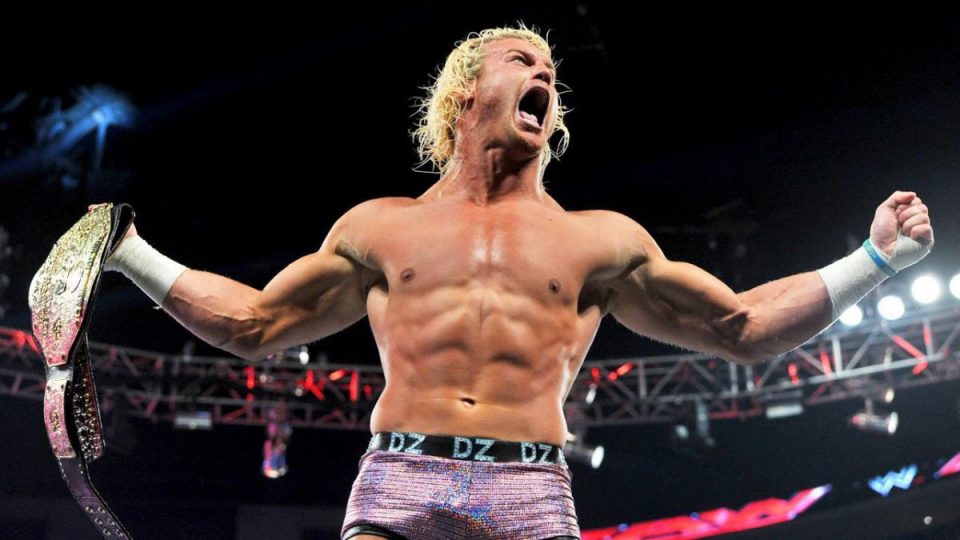 Sometimes all you need is one moment.

With a name like Dolph Ziggler, Nick Nemeth had done well enough in his career to even get as far as WWE, but in growing his career as Dolph Ziggler, his fans began to rally behind ‘The Show Off’ to get his moment.

In the years since the Raw after WrestleMania 29, Dolph Ziggler has had a few moments where his talent has come to the forefront, but it’s be fair to say the man has become something of a beacon of missed opportunities.

For one night though, Dolph Ziggler was an THE Superstar.

Fans were chanting his name during Alberto Del Rio vs. Jack Swagger at WrestleMania the night before, and during the handicap rematch on Raw that night. The reaction to Ziggler when his music hit after the match was evidence enough that all fans wanted to see that night was Dolph Ziggler as World Heavyweight Champion.

In typical WWE fashion, the company toyed with the fans emotions by having the mini-match be as dramatic as possible, with Del Rio getting near falls and coming close to taking Ziggler out with submissions, while the fans going absolutely mental at the prospect of their beloved Ziggler losing on the night.

But after twisting Del Rio’s leg to break out the cross arm breaker and hitting the Zig Zag, Dolph Ziggler had won the World Heavyweight Championship to the delight of everyone in the arena.

It’s impossible to replicate a moment like this one, and while this was another case of missed opportunities long term, it gave Dolph a career best moment and one of the best cash-in’s of all time in the process, which is not a poor substitute.

However, there is one cash-in that has it beat… 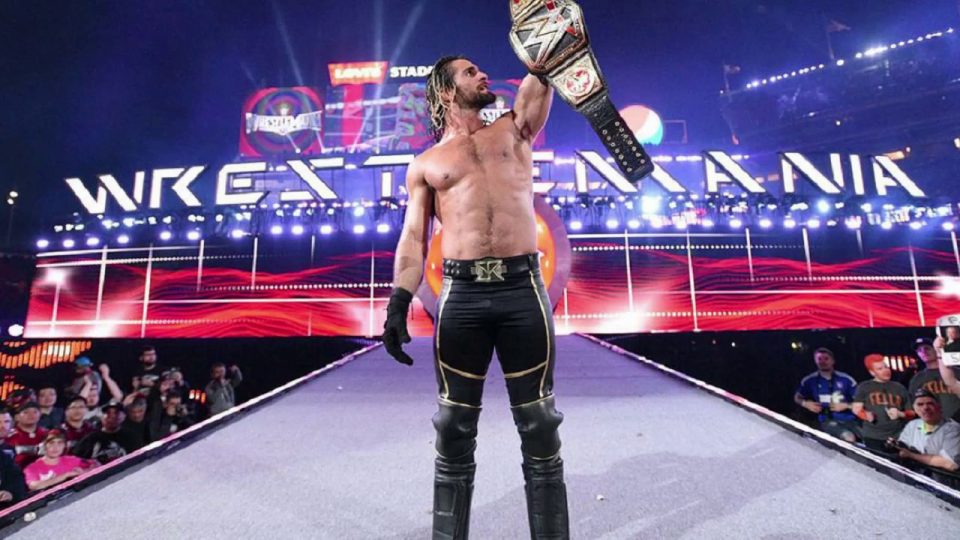 There’s no better place for a cash-in than in the main event of WrestleMania.

Not before or since Seth Rollins’ heist of the century at WrestleMania 31 has there been a bigger or better instance of a Money In The Bank cash-in having such ground shaking significance.

Rollins had a tremendous run with the briefcase in the lead up to ‘Mania 31, breaking up The Shield and feuding with Dean Ambrose and Randy Orton in great programmes. Before having a great match against Orton at WrestleMania earlier in the night seemed to indicate Seth’s night was done.

Alas, it was only beginning.

Acting as a get out of jail free card for WWE after a less than stellar to the Brock Lesnar vs. Roman Reigns main event, Rollins interrupted an admittedly great match between ‘The Beast’ and ‘The Big Dog.’ In the process becoming the first man to cash-in at WrestleMania, and the first man to cash-in to make it a Triple Threat as well, as virtue of cashing in during the match.

Seth’s appearance only heightened the drama of what had been a nail-biting affair so far, with Brock’s re-signing with WWE that week casting doubt over what had otherwise seemed a sure-fire Roman Reigns victory.

The final moments of the match are some of the most dramatic in history, with Seth not going for the cover after initially Curb Stomping Brock, to the F5 counter, to Roman then taking Brock out completely with a Spear, all before a final stomp from Seth to Roman secured ‘The Architect’ his first World Title in the most grandiose of circumstances.

A cash-in that will likely never be topped.