The term ‘forbidden door’ has now found its true meaning.

While having become a key phrase in wrestling vernacular to describe a wrestler jumping between promotions or appearing across multiple avenues, the phrase was originally coined as part of the build between Chris Jericho and Hiroshi Tanahashi ahead of their Wrestle Kingdom match in 2020, in which the door linking AEW and NJPW had been all but locked shut.

However, after years of hope, speculation and on/off appearances, the forbidden door has been kicked down with the announcement of a full AEW and NJPW cross branded PPV.

What a time to be alive.

The dream match machine has since shifted into overdrive in wrestling circles over what possible dream scenarios we could see come June 26th in Chicago, but we here at Inside The Ropes are yet to have our definitive take on we’d like to see on the night.

With the weight now on my shoulders, here are five matches we’d like to see at AEW X NJPW: Forbidden Door. 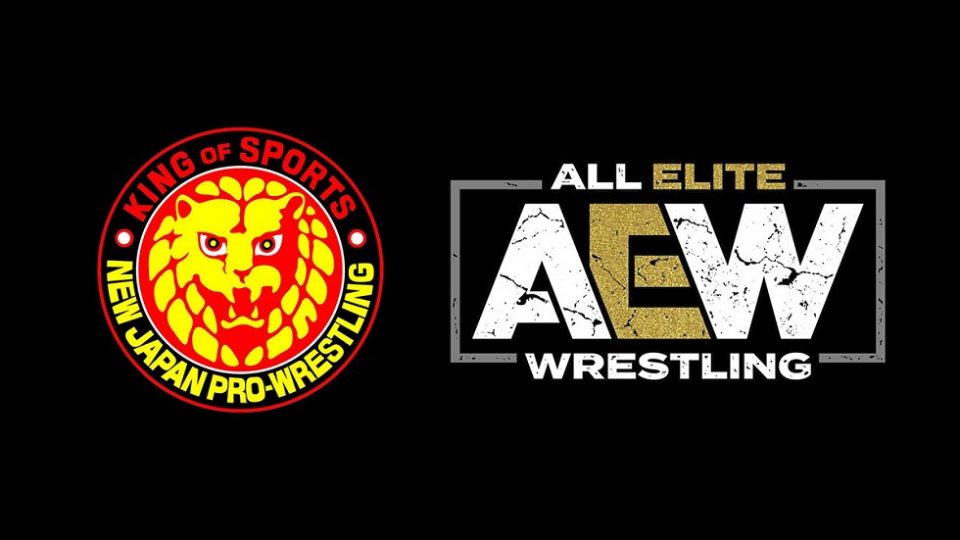 There’s so many potential dream matches on this show it isn’t possible to simply map out five, so we need some honorable mentions. So here it goes:

– Omega/Okada V
– Anything with Kota Ibushi (Omega/Adam Cole/Golden Lovers vs ANYONE)
– FTR vs G.O.D
– Blackpool Combat Club vs United Empire
– Anything else with Will Ospreay (PAC/Guevara/Hangman Page)
– Bullet Club vs Undisputed Elite
– Miro vs Tomohiro Ishii
– Keith Lee vs Tomohiro Ishii II
– Hiromu Takahashi vs Darby Allin
– All the others I didn’t mention

I hope your dream matches are featured, and that you don’t hate me if they aren’t.

So, let’s get going for real now! 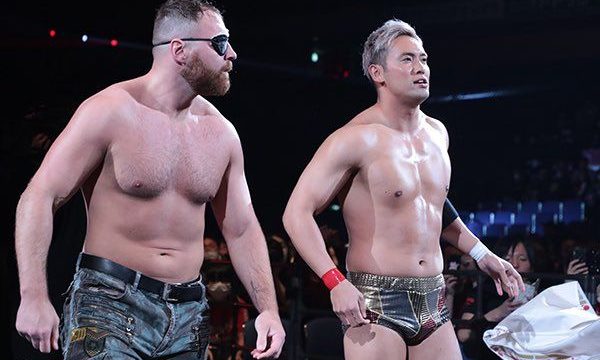 Now, here me out. I understand both Moxley and Okada have dream matches being discussed that are far beyond this one, especially with Kenny Omega and Bryan Danielson likely (or hopefully in the case of Omega) kicking about on the night, but this one just makes too much sense given the current trajectory of Moxley’s booking in New Japan.

Billed as NJPW’s boogeyman, Jon Moxley has been the most prominent AEW figure in New Japan throughout the pandemic period, which has ravaged Japan far longer than the U.S. He has held the IWGP United States Championship twice, and has most recently defeated former IWGP Heavyweight Champion Will Ospreay, as well as challenging the legendary ace Hiroshi Tanahashi.

Assuming Moxley beats Tanahashi there, the only way for ‘The Boogeyman’ to go is up, and assuming Okada remains IWGP World Heavyweight Champion by June 26th, he’ll be at the top of the NJPW food chain.

Excusing the fact that the match, despite lacking the dream match hype people have for other Okada opponents, would absolutely rule, the match makes sense for multiple other reasons too.

Moxley is just as much an NJPW talent as an AEW talent in terms of roster relevance, and is positioned as a top guy. The match has a build in place that could elevate it as a main event, and given that Moxley has been a champion in NJPW before and appears regularly, he could feasibly case doubt in the finish.

Realistically though, Moxley could take a loss here without being damaged, thus propelling AEW and NJPW storylines simultaneously without hindrance or compromise on one end.

It’s understandable that some could be disappointed in this match given it’s just as likely to happen in a New Japan ring itself, so it may not scream crossover dream match, but did I mention the match would absolutely bang? And with the hope that this isn’t a one and done supershow, a Moxley loss could send ripples further into The Blackpool Combat Club, perhaps leading a certain ‘American Dragon’ to want to challenge Okada himself further down the line. 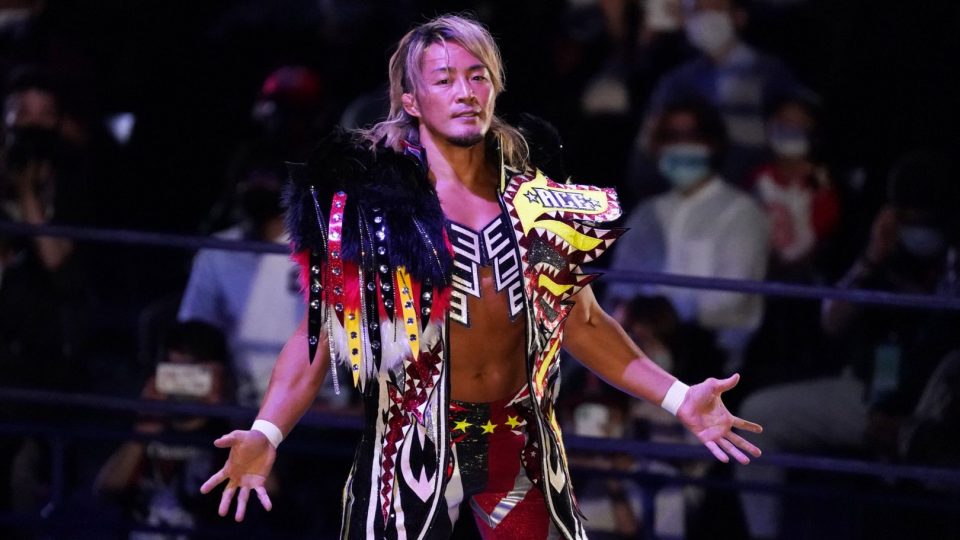 Wrestling works best as a buffet of sorts, as said by Eric Bischoff and later by Cody Rhodes in AEW’s infancy. ‘Forbidden Door’ should undoubtedly follow suit with this belief.

The show is sure to feature huge title bouts, work rate and technical dream matches and the obligatory NJPW multi-man tags to fill out the card, because after all don’t blow all your dream matches right away guys. And what could round all that off nicely in the middle of the card? A nice and slow old-school match.

A match made in selling heaven, with both having a vibrant mix of old school and flash with a dose of psychological storytelling brilliance, MJF and Hiroshi Tanahashi are a pair that would gem perfectly together on this show.

Picture this scene: MJF, furious after losing to CM Punk at Revolution and Wardlow at Double or Nothing, begins lashing out at the wrestlers and fans of AEW and New Japan ahead of ‘Forbidden Door’, not unlike the tantrum he threw after losing to Chris Jericho at All Out in September.

Then of course stepping in to battle the disrespect of HIS company, ‘The Ace’ steps in to shut down the arrogant Maxwell Jacob Friedman.

The match itself would be tremendous in its simplicity, with a story similar to Omega/Tanahashi at Wrestle Kingdom 13 but with a more traditional babyface/heel dynamic. MJF can become infuriated at Tana’s vibrant air guitar schtick earning rapturous reactions in Chicago, only to then target his arm to instigate a selling masterclass from ‘The Ace’.

There’s no way this match doesn’t work, and as another sitting slightly outside the realm of dream match talk at the moment, could be a welcome surprise waiting to happen on the night. 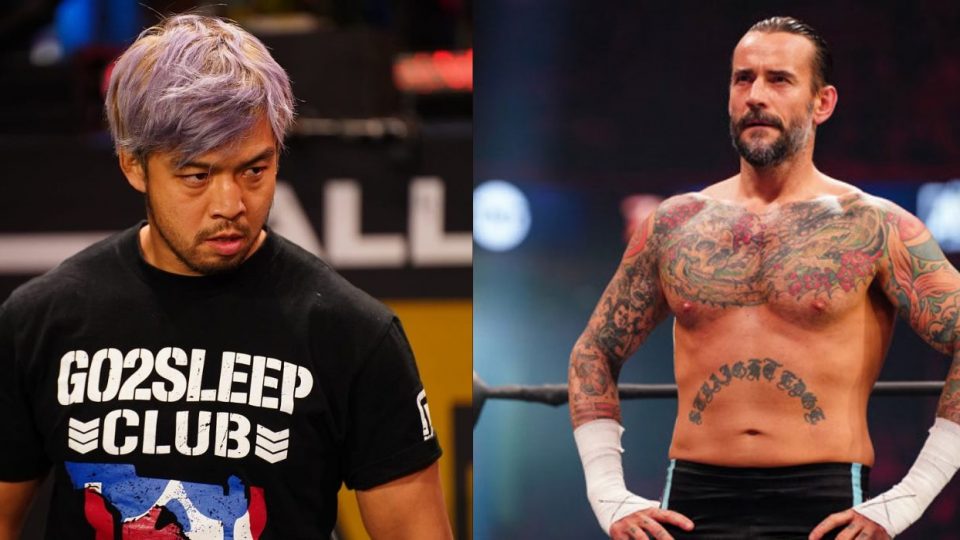 This dream match goes back to 2006, where CM Punk debuted the GTS with him in WWE, much to the chagrin of fans who knew he’d taken the move from one KENTA.

The two have eluded each other ever since, with Punk retiring at the time KENTA arrived in WWE as Hideo Itami in 2014, and Punk arriving in AEW just AFTER Kenta’s AEW appearances dried out in August last year.

The challenge has since been thrown out though, with KENTA throwing out the challenge to Punk in NJPW interviews, prompting this GTS vs GTS dream match back into existence.

What makes this more interesting though is the IWGP United States Championship, which KENTA currently holds.

A match built around dueling variations of the same finisher could become so much more with KENTA calling out Punk stealing his move, and in turn the ‘good guy’ persona so many have called out previously. Punk can respond by stepping up the challenge, and targeting KENTA’s after presumably coming up short against Hangman Page at Double or Nothing.

And with the IWGP United States Championship having appeared and changed hands in AEW multiple times before, a title change here could be possible.

Plus, it’s in Chicago, so the heat for the match would be nuclear, with KENTA looking to embarrass Punk in his hometown as an act of revenge, while Punk looks to gain gold.

And if he does, that opens up a whole new door of NJPW dream matches for Punk as a New Japan champion, potentially giving him that prestigious New Japan run he’s never had. 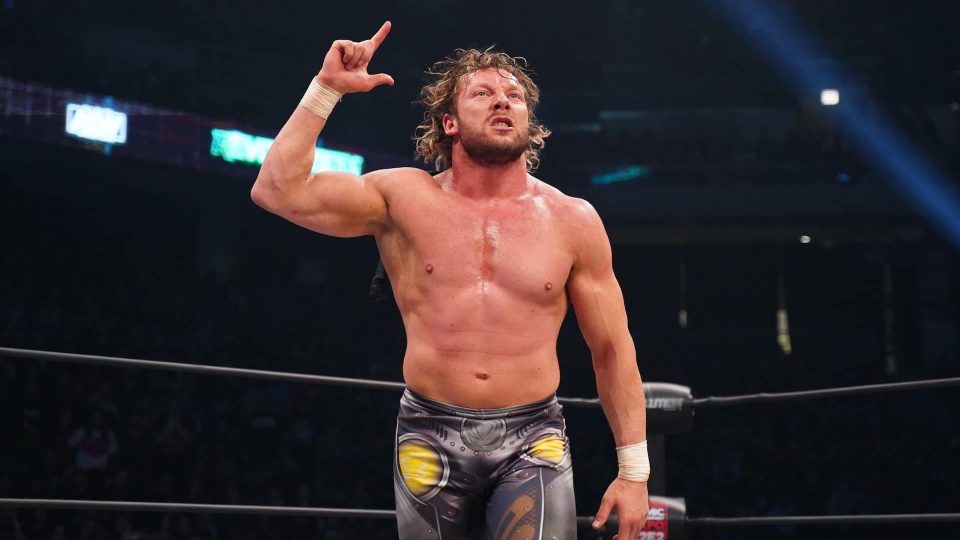 Sweet sweet Elite melodrama, how New Japan has missed you.

The latest chapter of the Elite/Bullet Club saga is currently being written without Kenny Omega even being in the writer’s room. Adam Cole’s relationship with Jay White and the Bullet Club has caused minor ripples in The Undisputed Elite, with The Young Bucks questioning ‘The Switchblade’ after he orchestrated Omega et al’s Bullet Club departure in 2018.

Throw in the fact Omega has lost his only ever encounter with ‘The Switchblade’, and that Jay all but replaced Kenny in New Japan after AEW was formed in 2019, and all the pieces are there for another Kenny Omega/Jay White match to further the story.

The only real question here is Omega’s health, with him having suffered from numerous injuries for years prior to finally departing after the Hangman defeat at Full Gear in November.

The timeline for his return is unknown, but an AEW vs New Japan supercard doesn’t feel right without Kenny Omega’s name on the billing. Perhaps it being his first match back would be the best option, building the story around whether Omega still has it after losing the AEW World Title, especially going up against his younger, faster counterpart in Jay White.

The Adam Cole factor could too be weaved into this story perfectly as he loyalties are questioned, building of course to the inevitable split and an eventual Cole/Omega match, as well as the trios bouts with The Young Bucks and ReDragon on either side.

Furthermore, this rematch of Omega/White would no doubt deliver in-ring, likely blowing their 2018 bout out of the water given White’s advancements in the years since.

A triumphant Omega win on his return would be logical, and whether you’d want to pull a full Undisputed Elite turn here would be a possibility too, but either way, Omega/Jay is a must for The United Center. 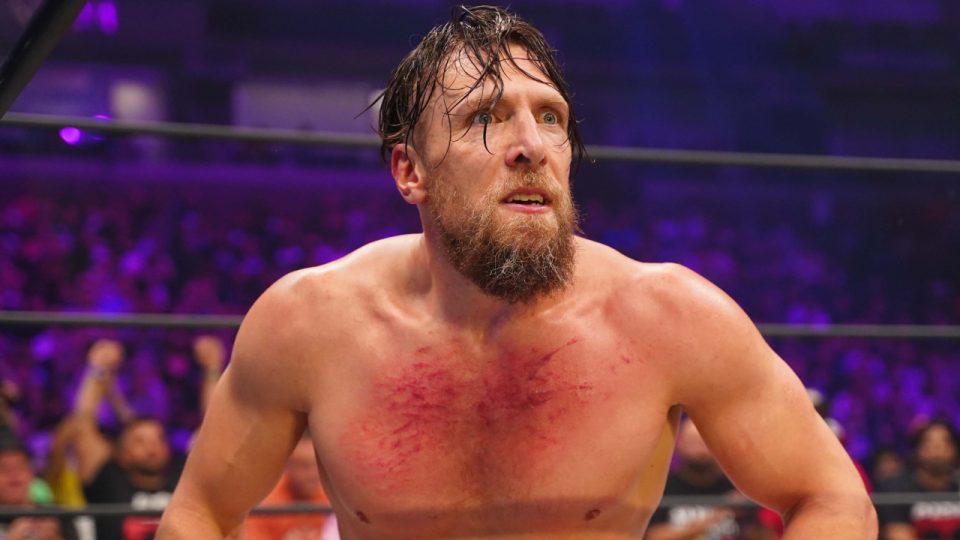 1. Bryan Danielson vs EVERYBODY

I’m a cheater but leave me alone because ‘The American Dragon’ has given me no choice.

Similar to CM Punk, Bryan Danielson has never had that aforementioned prestigious New Japan run, and given his magnificent body of work since he came to AEW in September, people are SALIVATING at the idea of Danielson against New Japan’s finest.

A whole list could be written about Danielson dream matches alone, and even excluding those that have already featured on this list i.e. Okada and Tanahashi, the list remains lengthy.

So, deep breaths before we start.

Bryan Danielson vs Shingo Takagi. The technical brilliance of ‘The American Dragon’ vs the sheer speed and explosive power of Shingo, give me that please.

Bryan Danielson vs Will Ospreay. The combined brilliance of Danielson vs Ospreay would be just as good as the sheer clash of styles, with Danielson’s strikes and stretches vs Ospreay’s high flying excellence. Give me that please.

Bryan Danielson vs Zack Sabre Jr. Copy and paste said brilliance, but swap Ospreay’s offence with ZSJ’s technical brilliance that matches and perhaps surpasses that of Danielson himself. It’s as if Danielson would be looking into the mirror in this match, and the equal parts terrified and impressed expression on William Regal’s face throughout would be enough to make this brilliant. Give me that please.

Bryan Danielson vs Tomohiro Ishii. Hard-man sadism the musical, strike exchanges until they both implode in the ring. Give me that please.

Those are only four potential matches Bryan Danielson could have at the event, and all of them are excellent.

In a way, that sort of describes the event as whole. There are so many dream possibilities that literally any of these would be epic encounters – and it’s just great that the forbidden door finally seems to have opened for good.