With the huge news that WWE is bringing a stadium show to the UK for the first time in 30 years, we take a look at 5 matches that could take place on September 3rd in Cardiff!

The Principality Stadium in Cardiff will be the hottest ticket in town when WWE invades south Wales on the 3rd of September in what promises to be a bumper weekend of festivities for wrestling fans.

While the show is still some time away, wrestling fans can’t help but wonder who’ll follow in the footsteps of Bret ‘Hitman’ Hart and Davy Boy Smith, who headlined SummerSlam 1992 in Wembley Stadium, London – the last time WWE filled a stadium across the pond.

Main eventers, champions, and possibly the odd celebrity make our list of 5 Matches That Could Happen At WWE’s UK PPV. 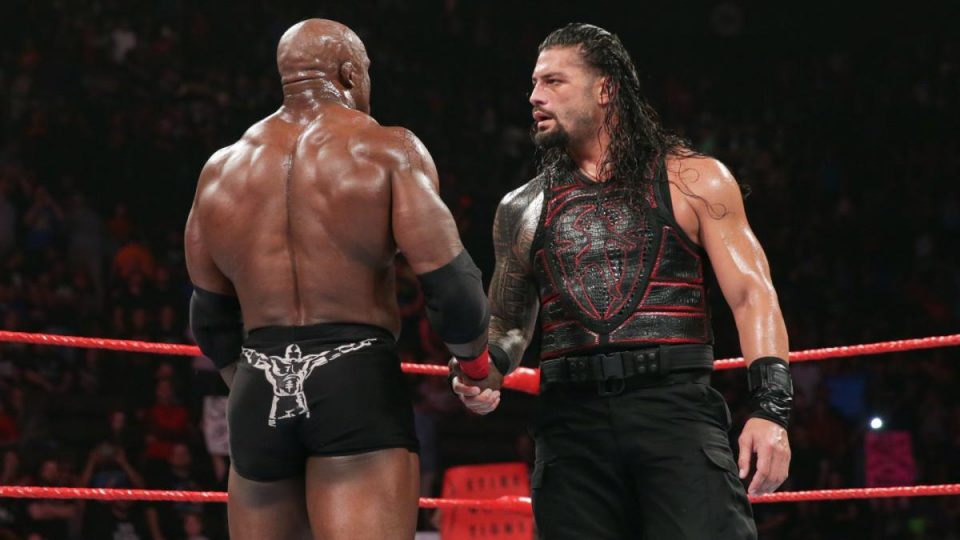 Starting off with something that wouldn’t be out of place in the main event of SummerSlam or WrestleMania, should Roman Reigns enter Cardiff still Unified WWE Universal Champion, he’ll need a challenger worthy of a raucous, stadium crowd, and The All Mighty Bobby Lashley could be just the star to take up that challenge.

Reports suggest that Lashley is considered the top babyface on Raw within WWE, so it’s only natural to assume that a title challenge is in his future at some point. While both men are global superstars, neither necessarily have the local appeal that allowed Davey Boy Smith to headline SummerSlam 1992 with Bret Hart.

Perhaps Reigns and Lashley could follow in the footsteps of The Ultimate Warrior and Randy Savage who competed earlier in the night despite their bout being for the WWF Championship. 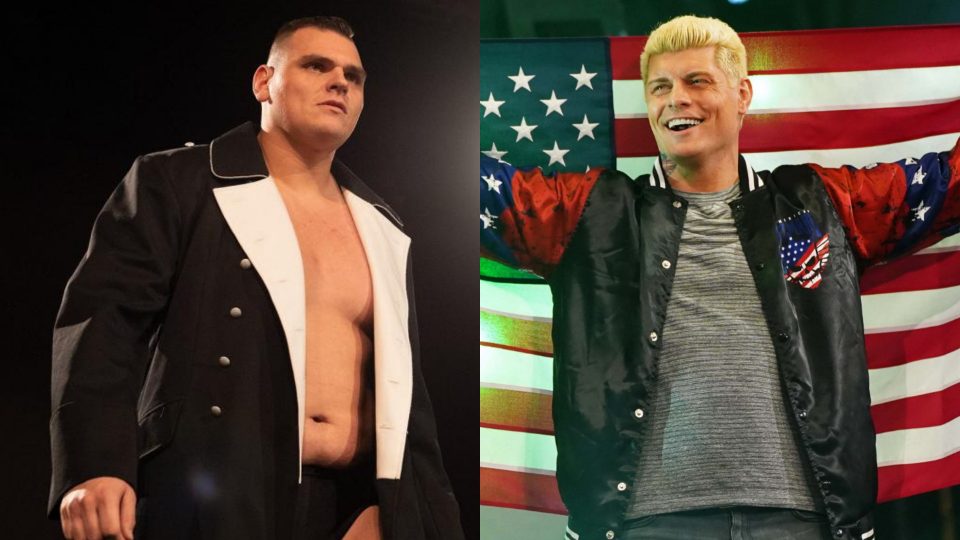 For some wrestling fans, the notion of Cody Rhodes anywhere near anything where the Union flag of the UK might be featured will send shivers up their spine. That weigh-in, that promo…yes, that one. So The American Nightmare is sure to be in for an interesting reception across the pond.

Ostensibly now a good guy in WWE and treated as such by his adoring public, Cody Rhodes could have fans watching at home scratching “Bizzaro World” off of their commentary bingo card as Michael Cole or Corey Graves tries to make sense of why Rhodes’ reception perhaps isn’t as welcoming as expected.

Rather than shy away from it, WWE could lean into the situation and place the grandson of a plumber in the ring with a very European opponent.

The man now known as Gunther made his name on the continent as WALTER, becoming undoubtedly the biggest wrestling star competing in Europe for years. Having conquered NXT UK and after a brief sojourn to NXT 2.0, the Austrian star is now firmly part of the WWE main roster. While Gunther might not have the punching power of Anthony Ogogo, his chops are nothing to mess with, and the sound of Gunther’s palm meeting Cody Rhodes’ chest could reverberate all the way to Llanfair­pwllgwyngyll­gogery­chwyrn­drobwll­llan­tysilio­gogo­goch. 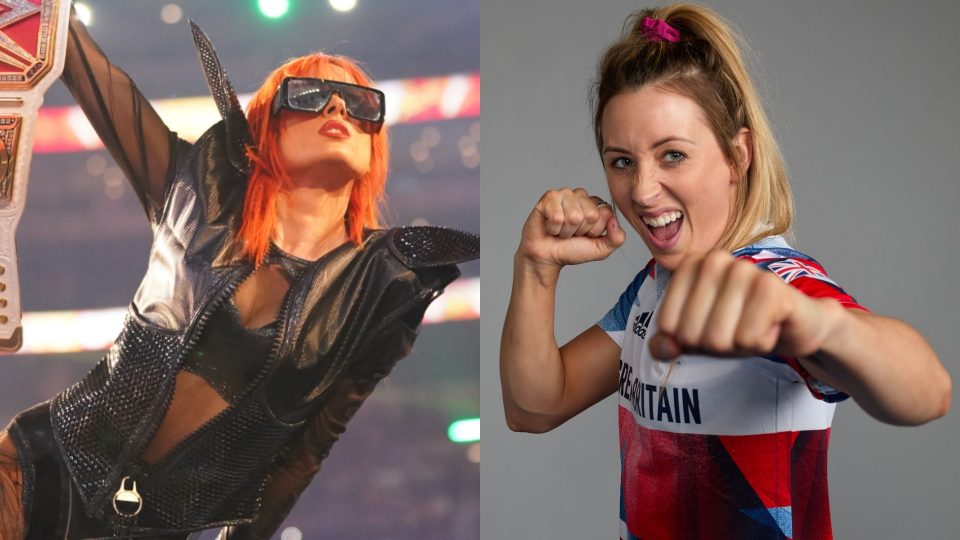 Ready for a curveball? While Cody Rhodes might not receive a hero’s welcome in Wales, one WWE Superstar who surely will is Becky Lynch. Lynch hails from just across the water in Ireland, and although very much not from the UK she will be treated like a hometown hero by the amassed throngs of European fans in attendance.

Although ‘The Headhunter’ might not be a household name globally, she is one of the most recognisable sports stars in Wales, winning the BBC Wales Sports Personality of the Year in 2012 and being honoured by The Queen with both an MBE and an OBE. If WWE wants to keep the fans booing Big Time Becks, one swift Olympic kick to the head from Jones could be the way to do it. 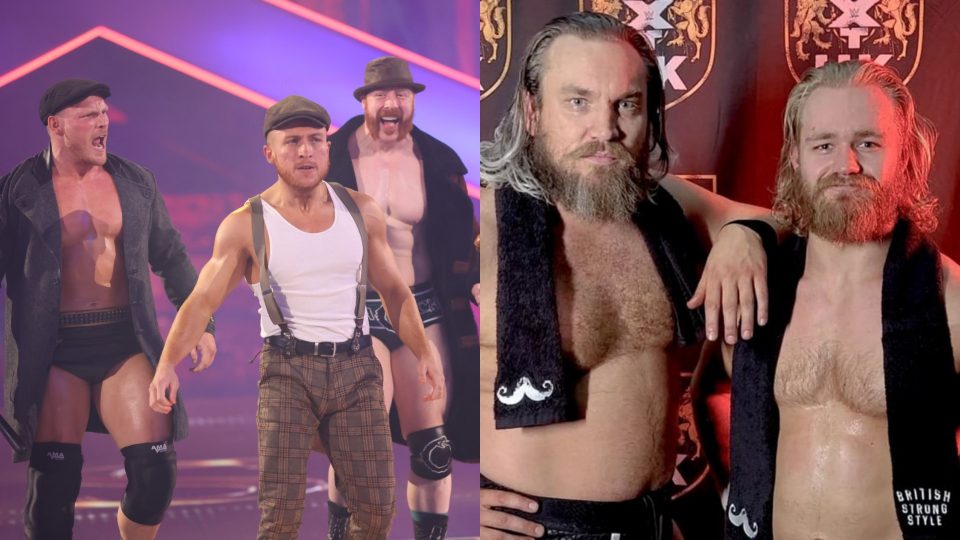 An intriguing bout on paper for all sorts of reasons, most of them to do with the fact that all four men plied their trade in the UK before making it to WWE, although in Ridge Holland’s case that was on a rugby field rather than in the wrestling ring.

Holland played for many rugby teams in the northwest of England before embarking on his dream of becoming a WWE Superstar, and the Welsh knows a thing or two about that particular sport.

Sheamus was clattering fella’s heads in the UK, his native Ireland, and Europe for many years before doing it on the global stage with WWE. Moustache Mountain comprised of Tyler Bate and Trent Seven were two of the undoubted crown jewels of the UK independent scene that were snapped up when WWE began the NXT UK brand in 2018. Bate had already become the inaugural WWE UK (later NXT UK) Champion by this time after winning a tournament in January 2017.

And don’t forget about Butch…

The rabid flat-capped assassin that now accompanies Sheamus and Ridge Holland to the ring used to be known as Pete Dunne, and he was very closely associated with Moustache Mountain during the early days of NXT UK. Could his loyalty be split watching his past take on his present? Could the fans pull on Butch’s emotional heartstrings and get him to reunite with Moustache Mountain? What’s for certain is no matter what happens, Butch will scrape and scratch to fight someone, both duos better hope that he’s on their side. 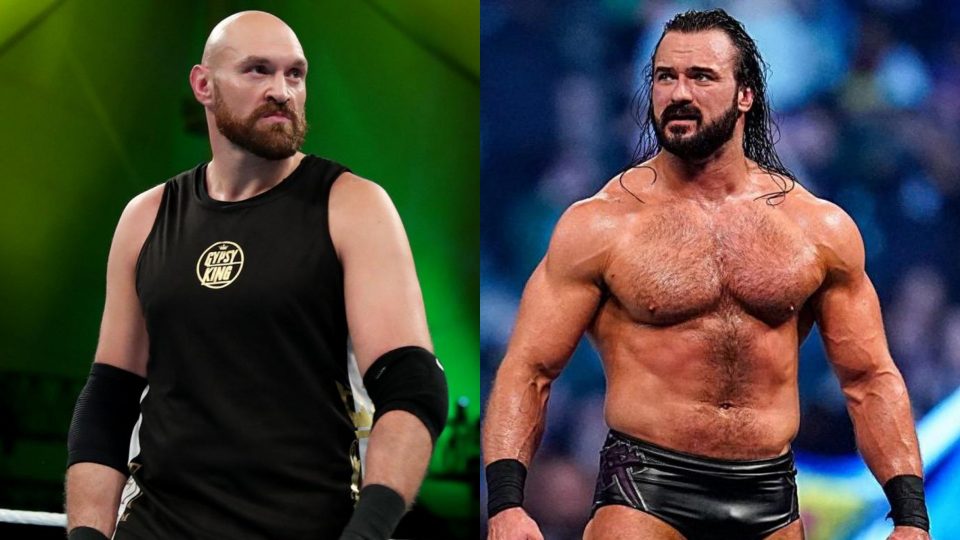 This could be the big one, the main event attraction to guarantee a full house inside the Principality Stadium on the 3rd of September. Scottish star Drew McIntyre finally going one on one with current undefeated WBC and The Ring Heavyweight Boxing Champion Tyson Fury.

The Gypsy King is no stranger to a WWE ring after he competed at the ill-fated Crown Jewel event in Saudi Arabia in October 2019. Fury wrestled Braun Strowman at the event, beating The Monster Among Men in a lacklustre affair by countout.

As recently as April 2021, Drew McIntyre was taking issue with Tyson Fury’s apparent obsession with him, telling The Big Issue that a huge pay-per-view in the UK could be the place to settle their war of words once and for all:

“Tyson Fury is stalking me. It’s the most bizarre sentence. I’d wake up every day, and I’ve got another message on social media from Tyson Fury. Maybe I should answer him.”

“The UK deserves a significant pay-per-view. It’s such an incredible fanbase, a huge audience. They’re so passionate. There hasn’t been a huge show since 1992 when we sold out Wembley Stadium with over 80,000 people. I want to make that happen again, be that at Hampden or Ibrox or wherever it may be. Maybe Wembley again.”

“But if it takes myself and Tyson Fury to draw some outside eyeballs besides just the WWE fans — the new WWE fans, we’ll call them — I want to make it happen.” (h/t DAZN)

McIntyre’s wish has come true and it is happening, now time will tell if gets to tangle one-on-one with Tyson Fury when WWE invades the Principality Stadium in Cardiff, Wales on September 3rd.