If you’re a fan of loud noises then you probably like a good wrestling pop. Over the years there have been title-winning pops, surprise return pops, glass-shattering pops, and Road Warrior pops. If you happened to be anywhere in the Chicago area on the 20th of August 2021 you probably heard a familiar chant and a sustained roar getting louder and louder around the United Center and beyond. Don’t be alarmed however, it was just a hometown crowd welcoming their prodigal son CM Punk back to wrestling after a seven-year absence.

With that in mind, here at Inside The Ropes, we take a special look at the 5 Loudest Hometown Pops In Wrestling History.

Before we begin, there are honourable mentions a plenty – Edge and Trish Stratus in Toronto, Kevin Owens in Montreal, Daniel Bryan bidding farewell to WWE in his home state of Washington, Shawn Michaels in San Antonio, Britt Baker and Kurt Angle both in Pittsburgh, the list could surely go on but here’s the five that make our list. 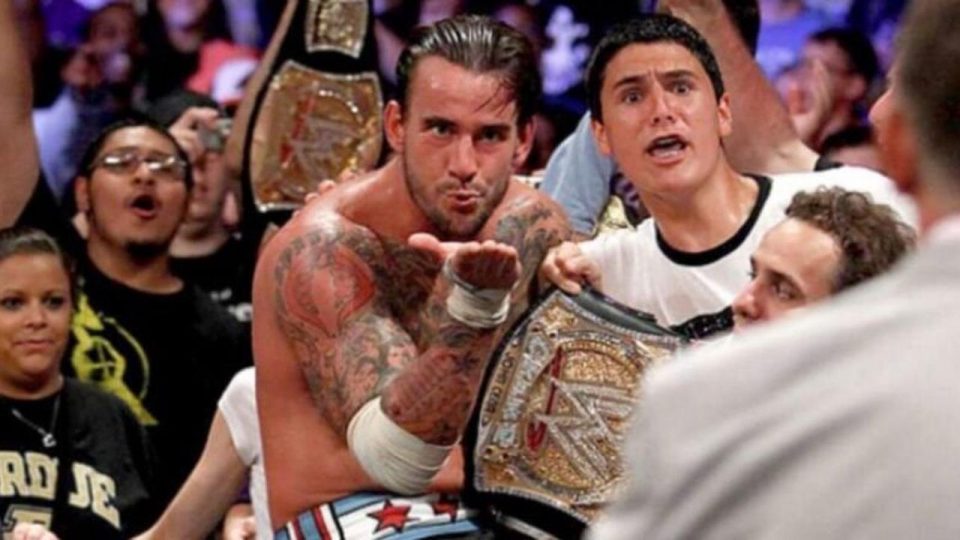 Chicago clearly is CM Punk’s kind of town and kind of people too as AEW Rampage was not the first time The Windy City has raised the roof for their straight edge son. The Allstate Arena was home to Money In The Bank in 2011, with just shy of 15,000 fans crammed in to see the main event of CM Punk challenging John Cena for the WWE Championship. The one caveat – Punk’s WWE contract ended at midnight and if he won he was leaving and taking the belt with him.

The ‘pipebomb’ promo had rejuvenated Punk’s WWE career and the entire company in the summer of 2011. Even in the height of the Monday Night Wars, nobody had ever openly threatened to take the richest prize in the company and leave with it – at least not on screen. But Punk was, and he took great pleasure in holding WWE Chairman Vince McMahon to ransom as he desperately tried to protect the title.

While Cult Of Personality wasn’t quite part of Punk’s repertoire at Money In The Bank, it wouldn’t have mattered what music was played as the Chicago crowd gave him an incredible ovation. With the tension building and a ‘Chicago Screwjob’ on the cards as McMahon and his personal stooge for the evening John Laurinaitis attempted to relive Montreal again, the crowd exploded even more vociferously when Punk covered Cena for the win, the title, and the kiss goodbye. The Summer Of Punk had begun. 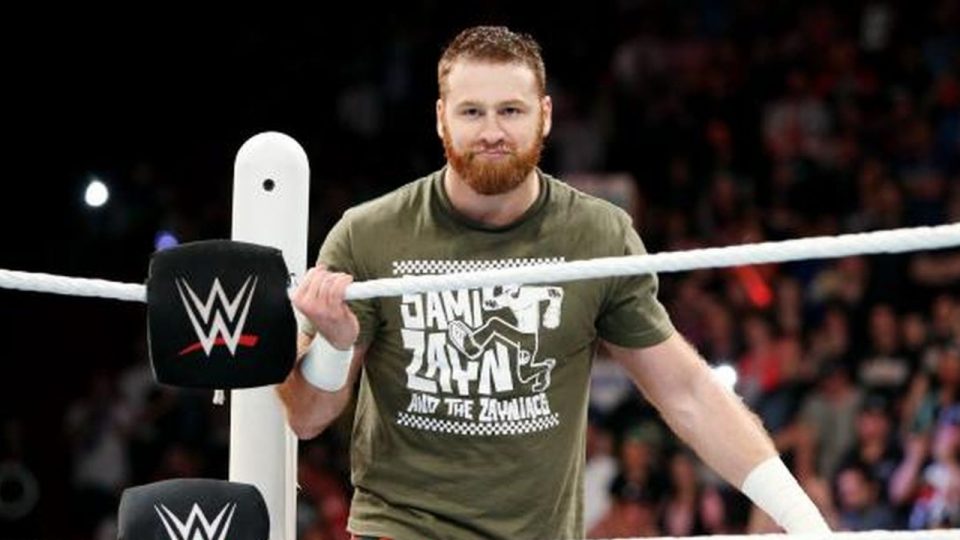 It didn’t matter if you parlez-vous francais or not in Montreal in 2015, as even a non-native could work out exactly how the partisan crowd felt about their very own Underdog From The Underground when he answered John Cena’s US Title Open Challenge in 2015.

Cena had thrown the doors open to all and sundry when he won the US Title from Rusev at WrestleMania 31 and now a hometown boy was answering the challenge and he hadn’t come alone. Wrestling legend and Canadian icon Bret ‘Hitman’ Hart made his way to the ring to introduce Zayn. The crowd grew louder as he mentioned that they were in the challenger’s hometown and he was a star of NXT. The fever pitch reached a crescendo when Zayn’s music hit and the 10,000-plus fans inside the Bell Centre gave Zayn a raucous reception.

Unfortunately, Zayn didn’t claim the US Title north of the border, and even worse, he suffered a shoulder injury that saw him out of action for seven months. 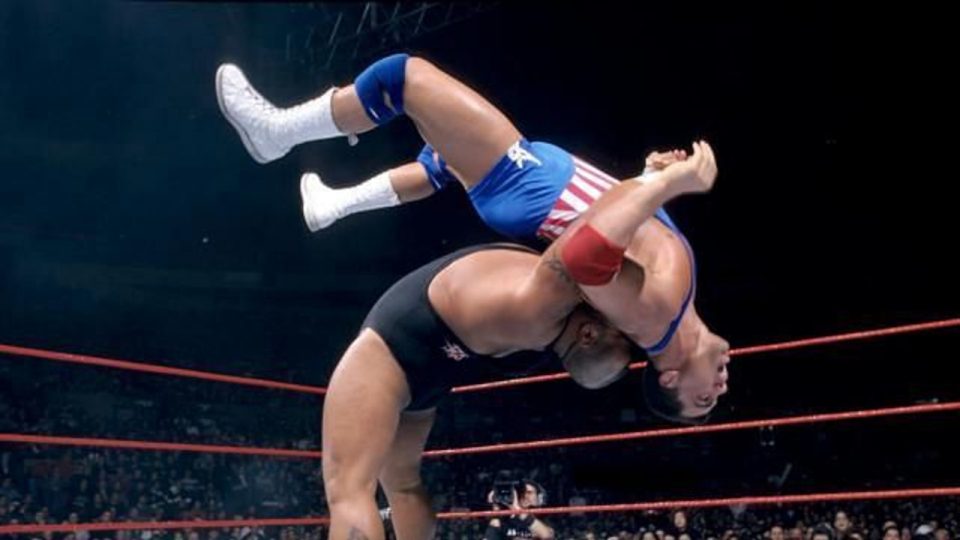 “Win if you can, survive if I let you” was the mantra known to fans of Taz as the Human Suplex Machine ran roughshod over everyone in ECW throughout the nineties. As the Millennium came, a change of scenery so to came for Taz and he joined the WWF, making his debut at the 2000 Royal Rumble in the hallowed halls of Madison Square Garden.

Like another entry that may or may not be on this list, it wasn’t announced that Taz was to compete but somehow the New York crowd knew their man from the Red Hook section of Brooklyn, New York was there and ready to go.

Kurt Angle, himself a relative newcomer to the company at that point, issued an open challenge to the wrestling world, and as the lights went out and that beat hit, New York knew Taz had come home. With the crowd in raptures and bathed in black and orange, Taz stormed his way to the ring where he conspired to contort and catapult the Olympic gold medallist around the ring. As he locked in the Tazmission and the New York crowd again rose to their feet, Angle passed out and couldn’t win. Thankfully Taz let the hold go to soak in the adulation of his hometown, letting Angle survive for another day. 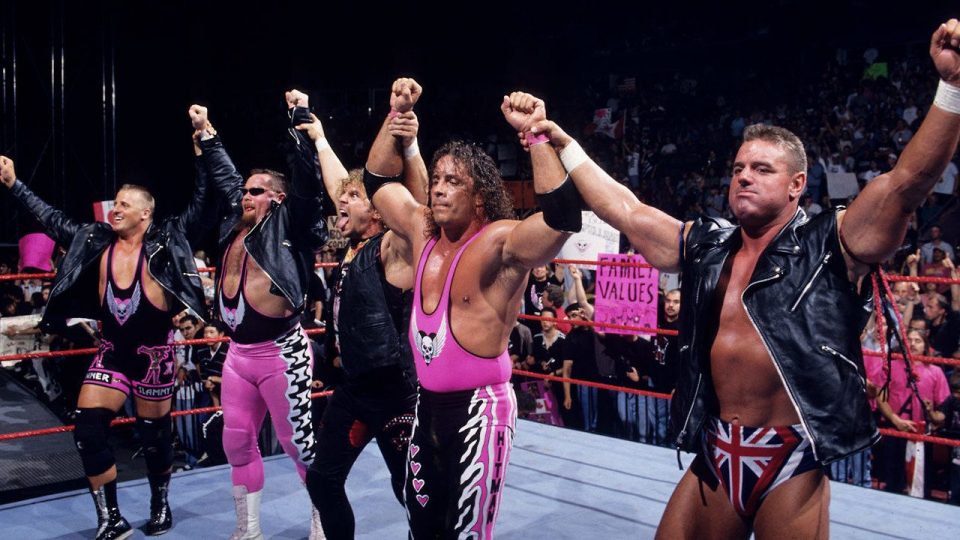 Texas has the Von Erichs, Florida had the Grahams, New York had Bruno Sammartino and Canada belongs to the Harts. It is no exaggeration to say that Bret Hart is a huge star in his home country. Even more so in his and his family’s hometown of Calgary, Alberta, Canada.

Wherever the Harts go in Canada, an incredible reception was sure to await them. However in 1997 when the family and Stampede Wrestling alumni Brian Pillman came together as The Hart Foundation, there was magic ready to be made. While the group became hated in the USA for their anti-American rhetoric they were as beloved as ever across the rest of the world, especially in Canada. So when they came to Calgary for In Your House: Canadian Stampede in 1997 to face a gang of the USA’s finest, there was sure to be electricity in the air.

Over 12,000 fans packed into Calgary’s Saddledome but given the noise that was made there could easily have been twice as many people there. Once Ken Shamrock, Goldust, the Legion Of Doom, and Stone Cold Steve Austin made their way to the ring, it was time for The Hart Foundation – hold on to your hat.

The Hart Foundation made their way to the stage one at a time before walking to the ring together. Pillman was out first, followed by Jim ‘The Anvil’ Neidhart as the crowd grew louder and louder. The British Bulldog with wife Diana Hart was out next and by now if you’re watching this and you don’t have goosebumps, please pinch yourself to make sure you’re still alive.

‘The King Of Harts’ Owen Hart emerged next and the youngest Hart son felt like Calgary’s own baby boy as the roof was raised again but the best was yet to come. Bret Hart made his entrance and Calgary rose as one to welcome Canada’s first family to the ring.

Talk about a perfect storm – a beloved hero, a hometown, a huge return, a massive surprise [well, sort of], and a huge amount of expectations came together to give CM Punk an ovation like no other as the former WWE Champion returned to wrestling after a seven-year exile.

There was never any doubt that Chicago loved Punk and Punk loved Chicago but after such a long absence from the ring, when CM Punk emerged in front of the United Center in his hometown it was proved that absence really does make the heart grow fonder.

As the show went on the air, the 15,000-plus Chicagoans were already chanting their hero’s name but in reality, since Punk walked out of WWE in 2014, they had never really stopped. After the commentary team had welcomed viewers to the show it was time to see if the rumours had been true and when the first strains of Cult Of Personality hit, there was no doubt left, CM Punk was home and CM Punk was All Elite.

A deafening roar accompanied Punk’s protracted entrance that took Rampage up to its first commercial break. As The Voice Of The Voiceless made himself heard, every fan in the arena was eating out of the palm of his hand.

Punk won’t have to wait long for his next rousing ovation in his home city as he challenged Darby Allin to a match at All Out in Chicago on September 5th. The Summer Of Punk has begun once again.