Following a pro wrestling debut touted as a tremendous success, Logan Paul has officially inked a deal with WWE that, according to BT Sport’s Ariel Helwani, will see the social media influencer compete on “an undisclosed number” of WWE premium live events across the next two years.

Paul made his in-ring debut on night one of WrestleMania 38, tagging with The Miz in a victorious effort over Rey and Dominik Mysterio. Critics have deemed the outing as one of wrestling’s greatest celebrity attractions, linking Logan Paul shockingly entertaining performance with that of Bad Bunny’s the previous year.

Now that he’s a part-time WWE Superstar, the question becomes who, exactly, will contend Logan Paul? Ariel Helwani reported that he’s expected to be part of SummerSlam in some sort of capacity, with his 30th July adversary all but confirmed as his ex-tag team partner, but this is just one out of what could be an illustrious series of matches for Logan Paul… 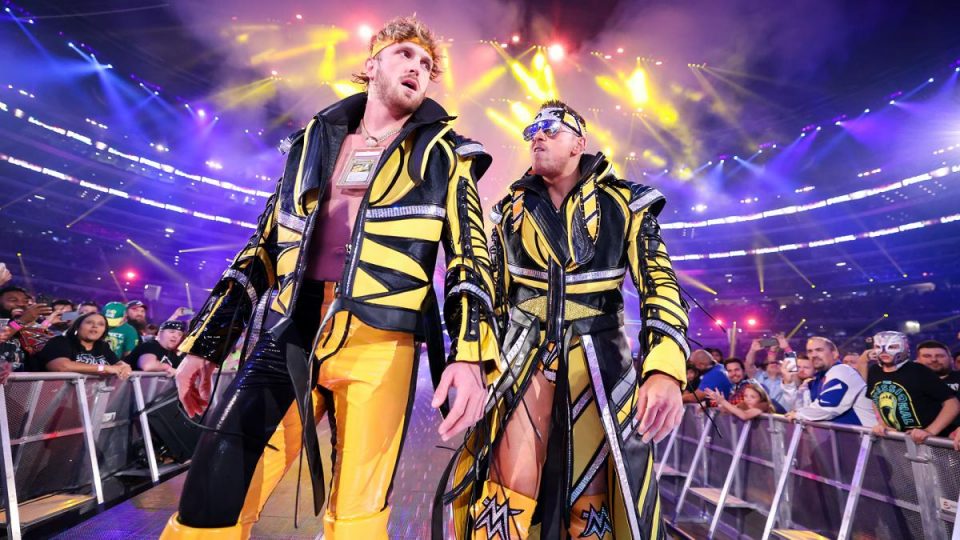 Logan Paul vs. The Miz is happening at some point, most likely at SummerSlam.

The match was thrown out as a real possibility from the minute Logan Paul was laid out at WrestleMania. No longer requiring his services, ‘The A-Lister’ executed a Skull Crushing Finale, putting a nail in the coffin of his partnership with Logan Paul. It would be foolish of WWE to not capitalise on the buzz of that.

It’s THE match to get Logan Paul’s official WWE career off on the right footing. Logan Paul is a symbol for social media, while The Miz is one of the most polarising cross-platform WWE Superstars ever. His WWE tenure has allowed him to find fame outside of the ring, with the real-life Mike Mizanin being found in movies and television. The opportunity for mainstream attention on a match like this would benefit all involved.

With SummerSlam right around the corner, the perfect platform is right there for WWE to promote one of its most alluring encounters possible right now. 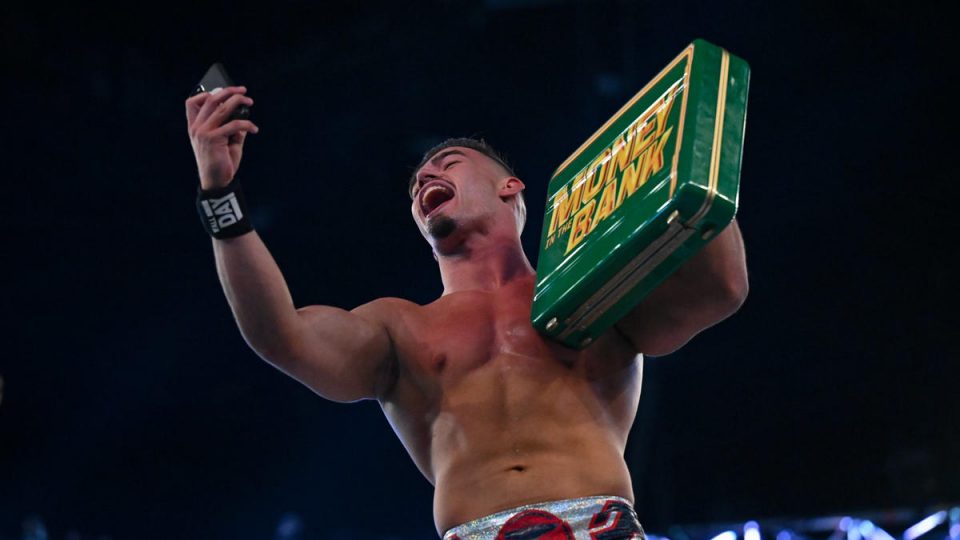 Moving forward, Theory may be too busy to contend with Logan Paul. He’s currently Mr Money in the Bank, vowing to cash in against either Roman Reigns or Brock Lesnar at SummerSlam. Further down the line, though, Logan Paul vs. Theory is a match WWE absolutely needs to promote.

It’s been proven that WWE’s more proficient celebrity acts work best when paired with opponents who can move around the ring with ease. Case in point, Logan Paul worked perfectly at WrestleMania 38 because he was working Rey and Dominik Mysterio; the former is recognised as one of, if not the greatest high flyer ever. Logan matched both him and Dominik move for move.

Although Theory isn’t necessarily known for being a cruiserweight akin to the father-and-son duo, he’s a unique blend of speed and strength that would work perfectly opposite Logan Paul. 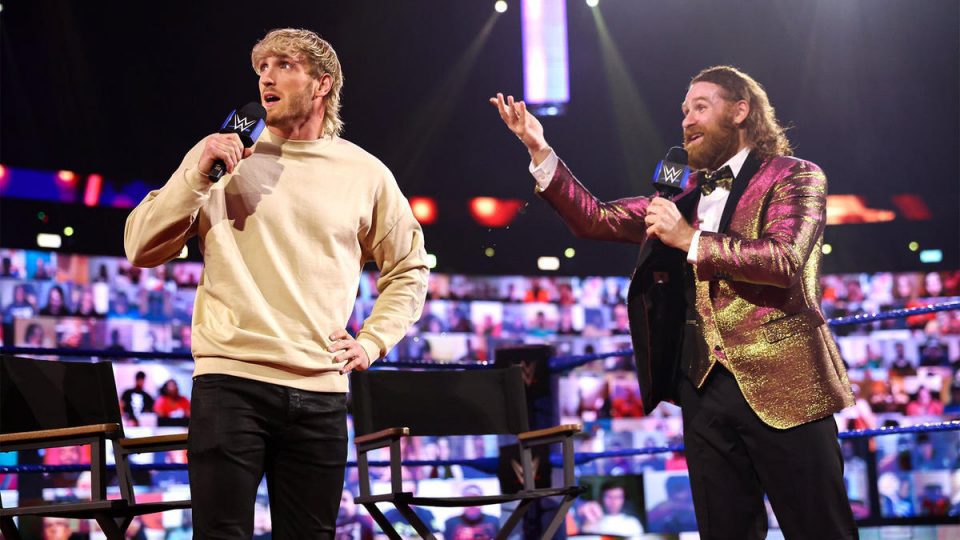 We’ve already seen Logan Paul and Sami Zayn interact before, but it was excellent. WWE needs to run it back as an official angle between the pair.

Logan was introduced to the WWE Universe by ‘The Great Liberator’ in advance of Zayn’s WrestleMania 37 encounter with Kevin Owens after first guest appearing during the red carpet premiere of the former Intercontinental Champion’s documentary. Perhaps unsurprisingly, he worked spectacularly well alongside Sami Zayn, whose frantic behaviour over the last few years made for the perfect counterbalance to Logan Paul’s naivety to pro wrestling.

He’s on a completely different level now. Paul is capable of hanging with the best of them, at least in-ring-wise, but Sami Zayn could easily handle the promo side of things by himself if need be. Zayn’s mic work has easily been one of his glowing aspects in WWE, meaning he could run laps around Logan Paul to increase hype.

Most importantly, though, Sami Zayn has experience – incredible experience at that – against a celebrity wrestler. His Anything Goes match with Jackass’ Johnny Knoxville from WrestleMania 38 is heralded as one of the greatest wrestling contests involving a celebrity. WWE can trust him to make Logan Paul look like a wrestling megastar. 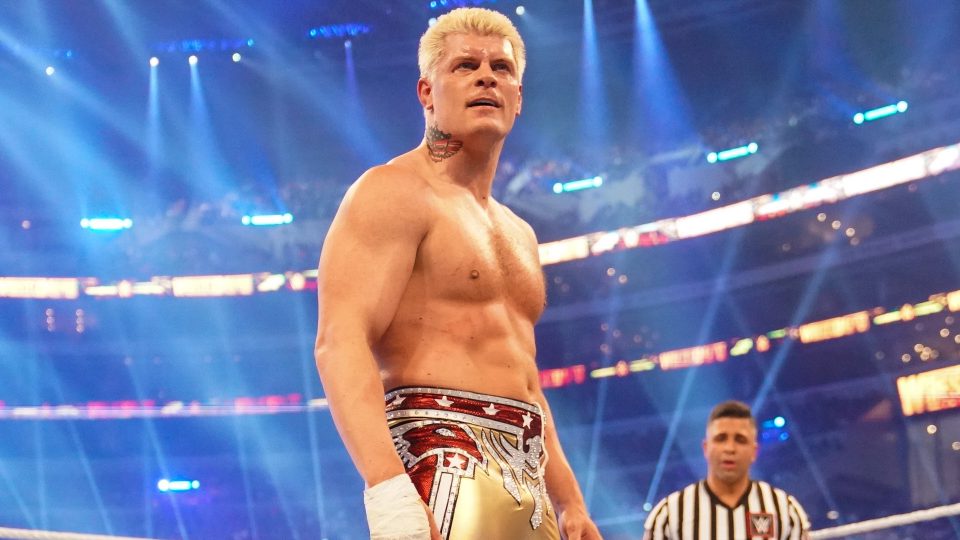 From one celebrity wrestling veteran to another, Cody Rhodes vs. Logan Paul is a match that many thought never possible until 15 February, that of course being the fateful day that saw ‘The American Nightmare’ depart AEW.

Teaming with Red Velvet, Rhodes defeated NBA Hall of Famer Shaquille O’Neal, tagging with current AEW TBS Champion Jade Cargill, in March 2021, with the match receiving rave reviews as a superb celebrity match. As much as Shaq was praised for excelling in-ring, commendation was also sent the way of ‘The Prince of Pro Wrestling’ for helping the four-time NBA Champion through a successful match.

Although he’s currently out injured, there’s no denying that Cody Rhodes would achieve the exact same fate opposite a social media influencer. One thing that has helped Cody have a flourishing career is his ability to work well against virtually any opponent. It’s this competence that would make Rhodes vs. Paul a marquee showdown on any premium live event. 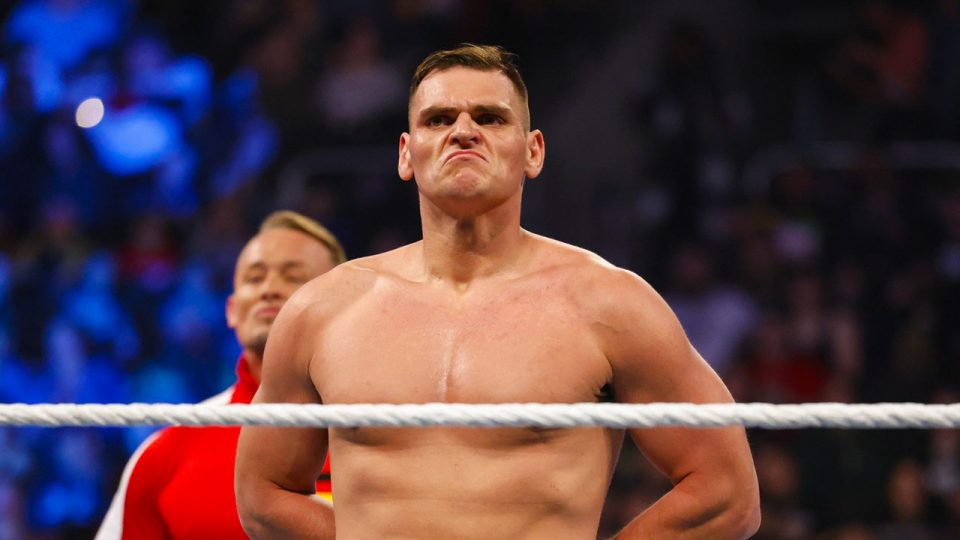 Gunther is unquestionably the oddest choice to face Logan Paul, but there’s a bit of intrigue in every modern wrestling fan to see Logan, someone deemed as a lesser adversary in the wrestling realm, getting his chest caved in from a cavalcade of chops from Gunther.

The recently-crowned Intercontinental Champion may not necessarily be WWE’s first choice to battle Logan Paul, but there’s no denying ‘The Ring General’ would be a solid adversary for Logan. WWE officials are said to have been impressed with the former WALTER’s work since making the transition to the SmackDown roster post-WrestleMania, meaning a match with one of the company’s key acts isn’t entirely off the table.

Although there are a number of other WWE Superstars who may be better suited to face Logan Paul, such as AJ Styles and Xavier Woods, Gunther remains a divine option who would pose a considerable threat to the Paul brother’s reputation.