Following the shock news that Cesaro had departed the WWE after over a decade with the company, Inside The Ropes counts down 5 dream opponents for the ‘Swiss Cyborg’ outside the WWE!

In a shock twist, just one year after extending his contract with WWE, Cesaro has now exited the company. Regularly praised as one of the most gifted and underappreciated in-ring talents in the industry, the news comes as a surprise after he seemingly committed his future to the company ahead of a brief main event push last February.

As his contract has expired rather than his exit coming as the result of a release, Cesaro can, should he choose to, wrestle anywhere immediately. Narrowing down the endless list of dream matches that spring to mind for a performer of his calibre was no easy feat. With that in mind, here are five dream opponents for the ‘Swiss Superman’. 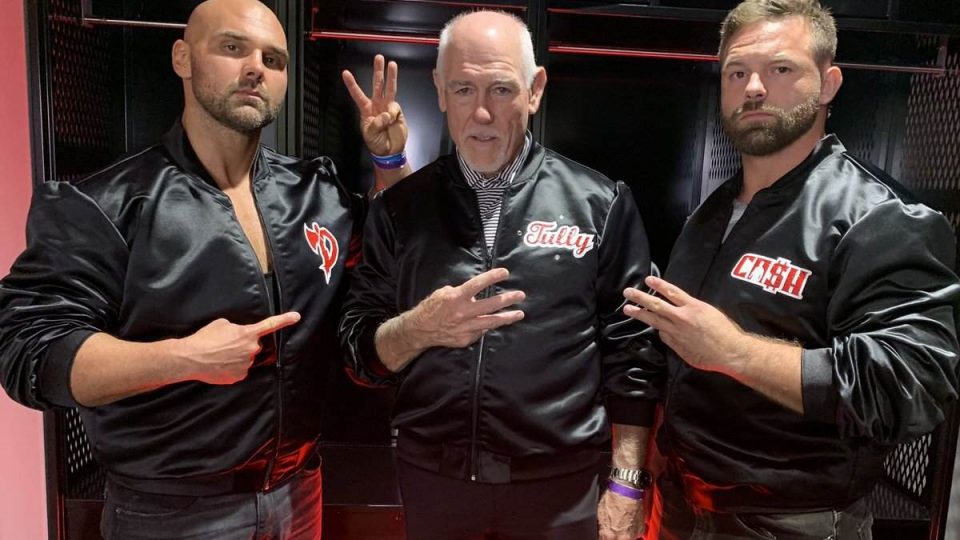 It can be easy to dream only of potential singles matches for a performer such as Cesaro. However, fans should never forget his incredible record as a tag team performer.

FTR are one of the most celebrated tag teams in all of wrestling today, renowned for their technical proficiency and utilisation of every trick available to a tag team. It is a reputation that is well earned. However, there was a team with a similar reputation and skill set that once dominated tag team divisions across the globe. FTR are known as Top Guys, but they are not quite kings.

The Kings of Wrestling – the team of Cesaro and Chris Hero – were perhaps the most versatile tag team of their time. Excelling in the fast-paced environment of PWG, the hard-hitting halls of Pro Wrestling NOAH and the ludicrously stacked Ring of Honor roster of the early 2010s, The Kings of Wrestling offered something for fans of every style of wrestling.

A brief reunion to take on FTR should be a dream for any fan of tag team wrestling. As four of the most gifted tag team wrestlers of the modern era, the duos would likely produce an in-ring clinic. FTR’s knowledge of every tool available to a heel tag team would lead to an inevitably explosive hot tag from Hero to Cesaro. If Twitter is anything to go by, The Pinnacle’s tag team specialists are at least a little interested in the potential of such a matchup…

Maybe we change our name from
FTR to KOW. 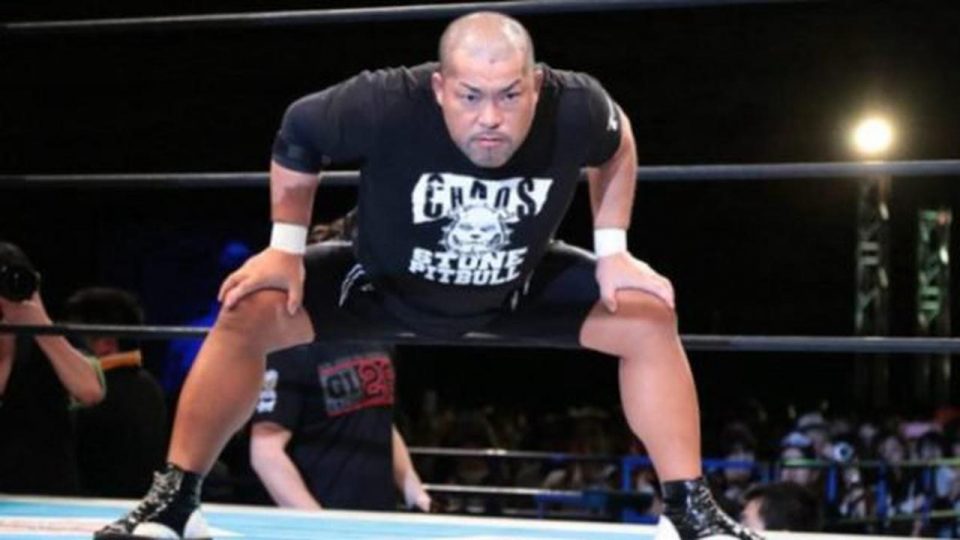 Finding two performers more similar in terms of both fan perception and wrestling ability may be an impossible task. Cesaro spent years earning a reputation as a sensational in-ring performer in every company he wrestled for. Able to thrill audiences regardless of his position on the card, he soon earned the support of fans that desperately wanted to see him break into the upper echelon of talent in WWE. Yet he never did become WWE or Universal Champion, confined instead to the midcard where he nevertheless dazzled audiences at every opportunity. Vince McMahon once remarked that the Swiss star didn’t have “it”, a perception that did not seem to change over the years.

In New Japan, a similar figure exists Tomohiro Ishii, the ‘Stone Pitbull’ of New Japan Pro Wrestling. Praised by fans and critics alike as one of the most consistent in-ring performers in the company, Ishii is almost always one of the MVPs of the annual G1 Climax. Regularly slotting into feuds between CHAOS and other factions, Ishii often teams with the likes of Hirooki Goto and YOSHI-HASHI in tag team or trios action. Despite his immense talent, his singles gold in New Japan has come in only one form: the NEVER Openweight Championship.

Though perhaps overlooked by key decision-makers in their respective companies, pitting Cesaro and Ishii against each other seems like a foolproof plan to create in-ring magic. A classic story of the unstoppable force that is Cesaro meeting an immovable object in the form of the ‘Stone Pitbull’ writes itself.

If comparisons and narrative won’t sway you, consider this: don’t we all just like tough men elbowing each other repeatedly in the face? 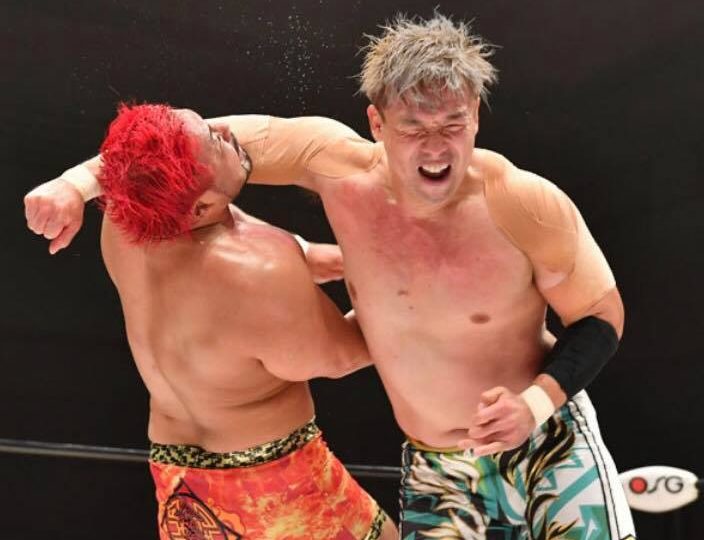 A lesser-known name to fans outside of the puroresu sphere, but nevertheless an incredibly intriguing one. Pro Wrestling NOAH was the Japanese home of The Kings of Wrestling. They competed to two iterations of the Global Tag League in 2010 and 2011, with Cesaro even competing in a singles match for the GHC Heavyweight Championship, the top prize in NOAH, in 2011. Though many will look to industry leaders New Japan as the top promotion for a star such as Cesaro, it is in NOAH where he has the most history.

Enter Go Shiozaki, the ace of Pro Wrestling NOAH. Though now in his 40s, Shiozaki is very much in his prime and continues to hold onto his position as the top star in NOAH, despite increasingly stiff competition. Regularly competing in matches well over 30 minutes long, Shiozaki has stamina that would rival even the incredible conditioning of Cesaro. As a protégé of the legendary Kenta Kobashi, Shiozaki is capable of both hard-hitting slugfests and bouts pitting the best technicians in wrestling against each other. Very much a potential war between two similar stars rather than a clash of styles, Cesaro conquering the very best Pro Wrestling NOAH has to offer after his inability to reach the pinnacle of WWE would make for a measure of narrative redemption and validation, both for him and his legions of loyal fans.

If Cesaro happened to want to test himself against the rest of NOAH’s top stars before deeming himself worthy of challenging Shiozaki, we wouldn’t mind seeing that, too. Shiozaki did it himself after his recent failure to recapture the GHC Heavyweight Championship against Katsuhiko Nakajima, after all…

Discuss dream matches for any wrestler in AEW and it likely will not take long for the name Kenny Omega to come up. ‘The Best Bout Machine’ continues to live up to his moniker, putting on show-stealing matches seemingly at every opportunity. Omega has made a career out of giving opponents perhaps the match of their life, arguably outdoing the previous best matches of the likes of Kazuchika Okada, Tetsuya Naito and Bryan Danielson.

A once-in-a-lifetime performer, Omega can adapt to any and all opponents. Cesaro would represent one of his most unique challenges to date, outdoing Omega’s strength whilst coming worryingly close to matching his speed. The ‘Swiss Superman’ has shown he can easily handle quicker opponents, dispatching the likes of Seth Rollins, PAC and Sami Zayn throughout his career – often with crowd-thrilling results. Anyone’s ability to do that can be hampered by a series of brutal knee strikes to the head, of course…

Should Cesaro (or Claudio, should he return to his former name) debut in AEW, a match with Omega (as recent history has shown) could be the perfect way to introduce him to an audience that already adores him, à la Bryan Danielson. For a man as gifted in the ring as Cesaro is, allowing him to simply wrestle great opponents in great wrestling matches seems like an easy way to maintain or increase his popularity.

If his much GIF’d hot tags are anything to go by, Cesaro countering Omega’s flying V-Trigger with a jaw-cracking European Uppercut would make for an iconic image, at the very least.

Shingo Takagi, simply put, is perhaps the single greatest active professional wrestler in the business. Combing freakish strength and endurance with bursts of speed expected from a cruiserweight, Takagi has been unstoppable since joining New Japan. In 2021, a difficult year for the company as a result of illness, injuries and COVID restrictions, Takagi was the highlight of New Japan with his bouts against opponents such as Jeff Cobb, Hiroshi Tanahashi, Will Ospreay, Kazuchika Okada and Tomohiro Ishii all managing to thrill audiences. His work saw him earn the prestigious honour of being named Tokyo Sports’ MVP of 2021. ‘The Dragon’, through his ceaseless work rate, climbed to the top of New Japan.

Putting Takagi – in the middle of an all-time great run – against a newly motivated and unleashed Cesaro could create some of the finest work of either man’s career. Both have proved themselves more than capable of producing magic with every style of opponent, as Cesaro has shown through classics against the likes of John Cena, Sami Zayn and even a near-retirement William Regal. A clash filled with startling power moves and size-defying speed would be expected between the two in-ring greats. Cesaro’s brutal European Uppercuts trying to outdo Takagi’s equally fearsome Pumping Bomber lariat would be a sight to behold.

Fans clamoured in droves to see Cesaro given over 20 minutes in a featured match on a pay-per-view during his tenure in WWE. Putting him in the New Japan system, where main events are consistently given that time or far more, would present no such issue. Giving him an opponent of Shingo Takagi’s quality would be enough to make any wrestling promoter jealous that they were unable to book the match instead.