A look at some of the most dramatic and radical image changes in wrestling history.

A lot of wrestlers who join WWE are given a new name and gimmick for many reasons. Mostly it’s so they can transition to the contractual property of sports entertainment’s biggest company.

Sometimes said gimmicks don’t work and the wrestler is repackaged. The evil dentist is no go? Give him Big Kev’s old Diesel gimmick! That didn’t work? Make him The Undertaker’s evil burned brother.

Wrestlers will change their character and credence until they get over. Then, to remain on top, they must adjust to the times to prevent their character from getting stale.

This mostly involves something subtle, maybe a heel or a face turn, new music, new trunks, or a new catchphrase.

But sometimes an established star will completely reinvent themselves with a whole new attitude.

Pretty much everyone did it in The Attitude Era, as bright spandex and mullets made way for black shirts and slightly more unkempt mullets.

The five grapplers we are looking at today however were on top of their game, and could probably continue as they were, but decided to take the risk and mix things up anyway. 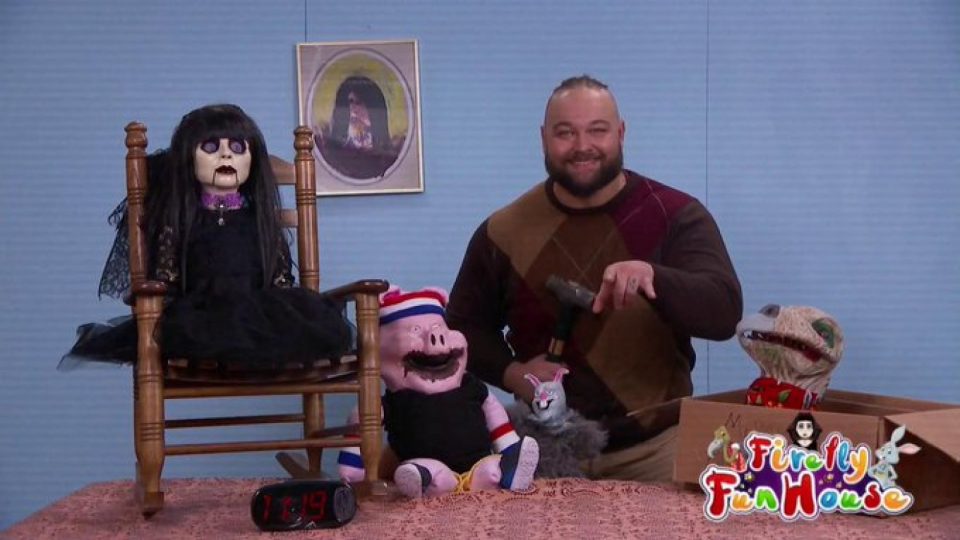 It’s been over a year since Windham Rotunda last appeared on our screens in any wrestling capacity. Since then there has been much speculation on if he’ll come back, where he’ll come back, but probably most speculative of all, in what form will he come back.

The first transformation from young prospect Husky Harris to the evil Bray Wyatt was itself a big change-up in character, but the cult leader Bray, alongside his “family” of followers is where he truly made a name for himself.

Despite being a great promo, a world champion, and having the most epic spooky entrance since the Undertaker donged his first dong, it never felt like Bray reached the heights he could achieve, mostly due to strange booking choices.

So he ditched the hat, Hawaiian shirt, and Max Cady biblical drawl, and came back eight months later in his Firefly Funhouse/Fiend guise. Now a fun-loving yet sinister children’s TV presenter, Bray would transform into The Fiend, a terrifying boogieman. And by that, we mean a creepy monster in a mask, not a red-faced worm eater.

Again, this new gimmick started strong, but sadly, booking let this potential beast of a main eventer down.

What makes Bray’s transformation change interesting is that both characters are scary heels, but in different ways.

The head of the Wyatt family was a more cerebral horror artist who played mind games and brainwashed folk. People like that, scarily do exist in the world, and you could imagine a real Bray Wyatt lurking somewhere near a Louisiana Swamp.

The Fiend delved more into the supernatural, shock horror vibe, With scary noises, jump scares, talking dolls and of course, lots of fire.

Only time will tell how Wyatt will make his way back into the wrestling world if he does at all. 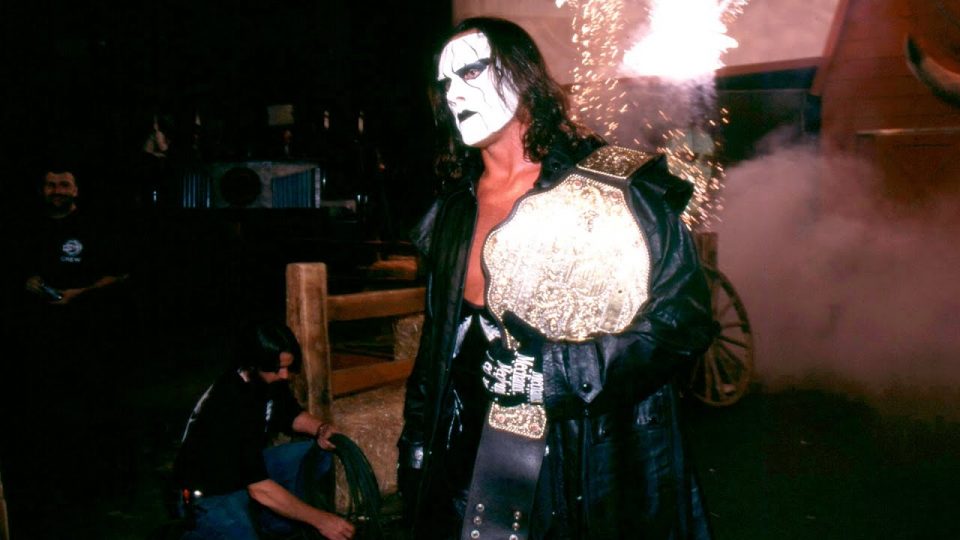 Sting is quite possibly the ultimate baby face. Even the few times he’s been slightly heelish fans find it impossible to boo The Stinger. Maybe that’s because by all accounts Steve Borden is a hard-working, professional, and lovely fella in real life.

Still, his character change in 1996 couldn’t be any more transformative, going from one extreme to the next.

It may have been a slower process, as he grew his hair out and gradually wore darker colours, but if you were to take a picture of Sting from 1994 and put it next to Sting in 1997 the man is virtually unrecognizable.

The short, spikey bleach blond hair became dark, long locks. The light and shiny entrance jackets with sequins and tassels became plain black leather trench coats, and of course, the bright neon colours of his attire and make-up went to the Crow-like black and white.

Of course, Sting remained a hero, but the switch from Superman-like Champion of Justice to Batman-like dark avenger, whilst still retaining his massive following, is impressive. 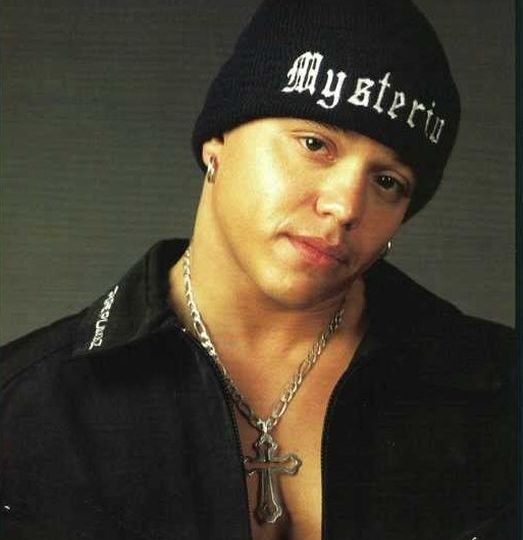 Like Sting, our boy Rey has also remained a face throughout his long and illustrious career, and he is probably the most famous luchador of all time. The man is the embodiment of Mexican wrestling. Literally, he has the word Mexican tattooed across his tummy tum.

Rey (back then Misterio Jr.) had already grown a large cult following in his first few years of WCW, helping elevate the Cruiserweight division and putting on the most exciting matches at the time with bouts against the likes of Dean Malenko, Psychosis, Billy Kidman, Juventud Guerrera and of course Eddie Guerrero.

So the wrestling world, as well as Rey himself, was shocked when Eric Bischoff decided he should lose his iconic headpiece.

Younger wrestling fans may be aware of mask-less Rey, but history kind of tells of this era being a short blip. This was not the case.

For a Lucha to remove their mask is a big deal, and traditionally one they cannot return from. On top of that, mask-less Rey is actually quite underrated.

He joined Master P’s rap-loving No Limit Soldiers to take on the country-loving rednecks, then went on to form The Filthy Animals with Guerrero, Kidman, and more.

Throughout the era, Rey was still performing bangers in the ring.

Rey didn’t return to the mask look until his WWE debut in 2002, where he had to ask for permission from the Lucha council to continue wearing the hood whenever the company did shows in Mexico! 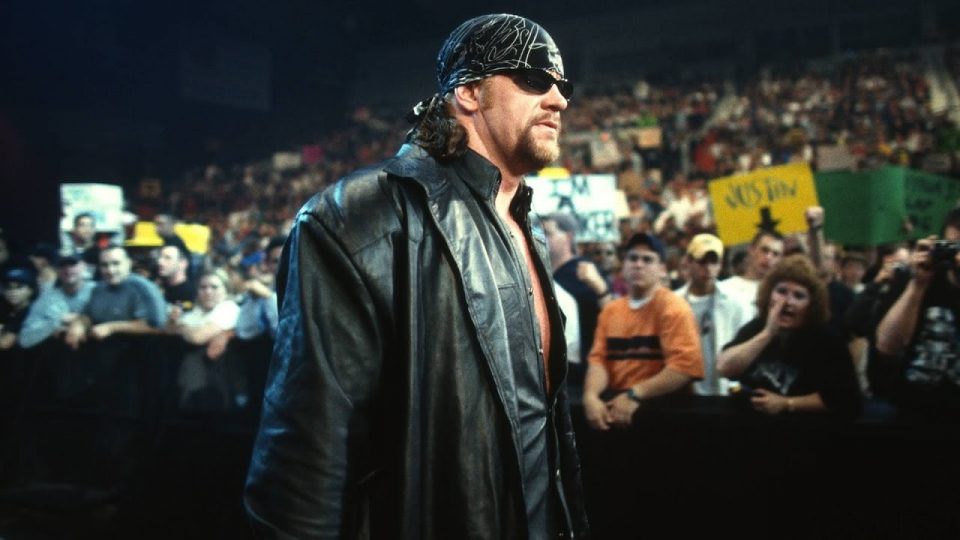 Reinvention was nothing new for The Undertaker as he neared the end of his first decade of destruction, but one thing that remained constant was the element of spooky supernatural malarkey.

In September of 1999, Taker was already wearing more “street” clothing, including bandanas and groovy green shades, but it wasn’t until after leaving the company for eight months and returning at Judgement Day 2000 did we see the big change.

After interrupting The Rock and Triple H’s Iron-Man Match, The American Badass era was upon us. Biker gear replaced goth chic, and The Deadman let his natural red locks flow free for the first time in years.

It’s crazy considering how many fan favourite staples Undertaker gave up for this next chapter. No more creepy organ music, eye-rolling, purple lighting, dropping to one knee, or saying his catchphrase “rest….in…..pieeeeeaaaace.”

Nope. Now it was rap metal and motorbikes. Some people liked the change, others not so much, but most presumed it was just a nice way for Taker to unwind his legendary career, by portraying a character closer to his real self.

That’s right younglings, we’ve been thinking Taker was heading towards the end of his run even back when he wasn’t even halfway through! 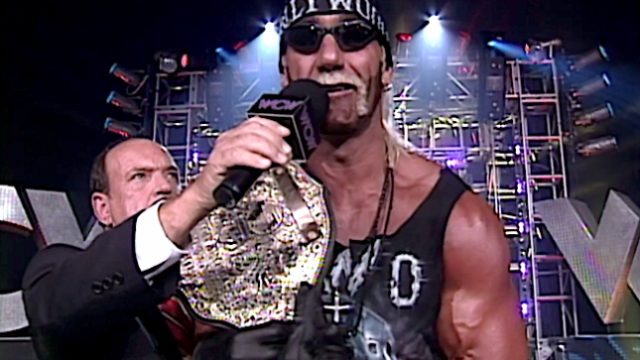 What is there to say that hasn’t already been said about Hogan’s heel turn and Bash At The Beach 96? It has been well documented that it is one of the catalysts of wrestling’s hottest boom periods (along with many other factors) and quite rightfully has earned its top spot on many lists such as this.

Hogan experimented with dropping the red & yellow, as well as his famous tache, a year prior when harnessing the dark side to battle Kevin Sullivan’s Dungeon Of Doom. Of course, history doesn’t remember that turn so fondly.

But the leg drop on Randy Savage and the formation of the New World Order changed the way business was done forever.

Hogan was the biggest name in wrestling and had been carrying the American hero gimmick for over a decade. It was a big ask to burn that all away, and most people, including those INVOLVED in the proceedings, couldn’t guarantee who the third man was even when the show itself started.

Heck, Hogan himself probably didn’t make his mind up until the last minute!

Even for the Hulkster’s self-serving standards, this was a risk, but thankfully one that paid off.