WWE is in a position it has never been in throughout its history as the Vince McMahon era is gone and the Triple H era is here.

McMahon’s retirement has brought several changes backstage with the most notable being Triple H getting promoted to Head of WWE Creative. The appointment has fans and wrestlers alike excited as the 14-time World Champion worked wonders as the creative mind behind NXT taking that brand to amazing heights during his time in charge and many fans are hoping he can do the same on the main roster.

The creative role is one that Triple H is more than prepared for, having been learning the trade for the best part of 25 years.

Even back in his early DX days, he was often involved in production and creative meetings. As his stock and popularity grew in front of the fans, so did his influence backstage. His position in WWE grew exponentially when he became part of the McMahon family. While his work in founding and booking of NXT brought him great praise and led to his current role in the company.

Since taking charge of creative The Game has already made several changes. The commentary teams on both shows feel more natural and are allowed to showcase their personalities, something which has begun to transfer to promos from talents too.

Even small changes such as people backstage watching television in front of the screen rather than the much-ridiculed side angle have also been welcomed.

We have also seen several former NXT Superstars who were released from the company return to great effect. At SummerSlam the first of the comebacks saw Dakota Kai make a shock return alongside Bayley and Io Shirai. Karrion Kross and Scarlett both returned and reports have surfaced stating that Sasha Banks and Naomi are on their way back to the promotion.

So with Vince McMahon out of the picture and Triple H taking the creative reigns, here are five changes we would like to see the WWE Hall of Famer make to the company.

5. NXT Re-Established As The Third Brand 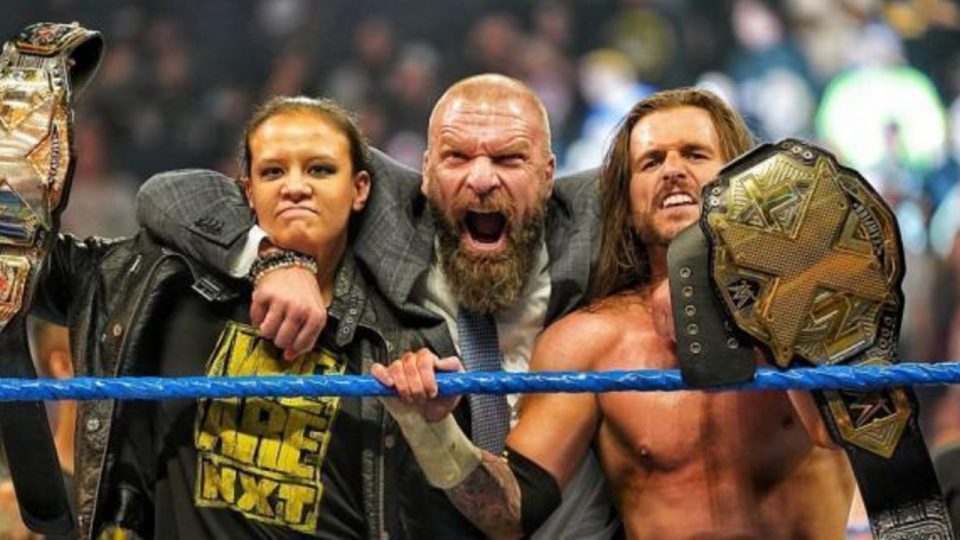 NXT is one of WWE’s greatest creations. The revolutionary alternative to Raw and SmackDown created a groundswell of support, evolved into a movement, and for a period of time became WWE’s third brand.

From 2015 to 2019 NXT was arguably the best thing the company produced. Adopting a more wrestling-centric style, executed by an impressive list of highly-regarded wrestlers from the independent scene, woven together by compelling storylines, it was a breath of fresh air across a stale WWE landscape.

As the brand grew in popularity it was often referred to, and sometimes promoted as, WWE’s third brand. This was most certainly the case during the “Wednesday Night Wars”. In 2019 AEW announced it had signed a deal with TNT for its weekly television show Dynamite. The following month WWE announced NXT would no longer be a one-hour pre-recorded show on the WWE Network and become a two-hour live show on the USA Network.

To help initiate NXT as the third brand at that year’s Survivor Series, NXT went head-to-head with Raw and SmackDown in a “battle for supremacy”. The result was a highly-entertaining show that portrayed the black and gold brand on par with its red and blue counterparts.

The boost helped the brand thrive in the early days of the war between NXT and AEW. However, the good times didn’t last as dwindling ratings and a global pandemic drastically hindered the brand from establishing itself alongside WWE’s flagship shows. Following a lengthy history of unsuccessful call ups, NXT was rebranded as NXT 2.0 and reconstructed as the developmental project it was originally designed to be.

Although good elements remain in the revamped NXT 2.0 it is nowhere near the product it once was. Many of the stars that made the show were either released or chose to leave allowing for the new crop of talent to take over. Triple H is in charge of the two main WWE shows, but NXT was his vision, his invention, his baby and could very well make a concerted effort to restore the brand to its former glory.

4. A Connection Between NXT & The Main Roster 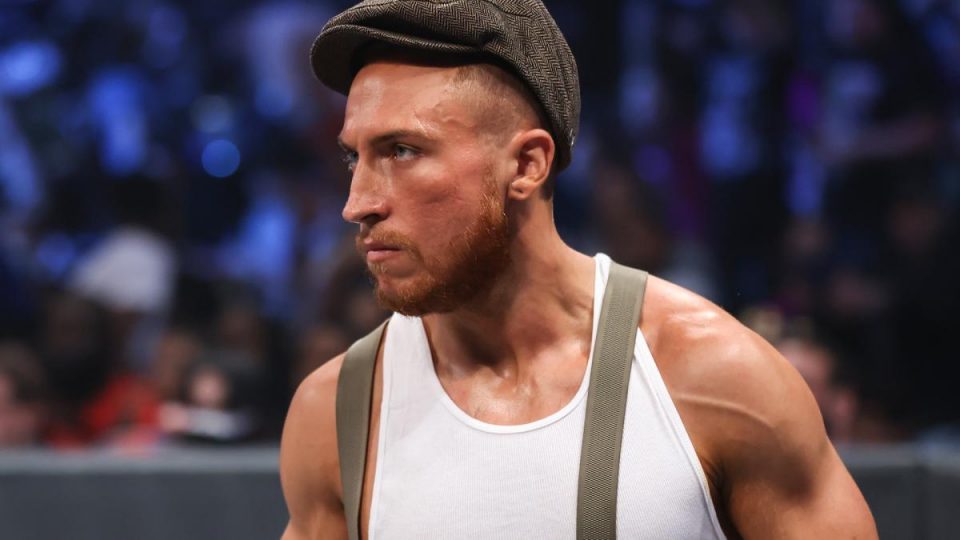 At its core, NXT was WWE’s developmental brand. Designed to bring in stars from other companies and prepare them for the bright lights of Raw or SmackDown. Superstars like Seth Rollins, Roman Reigns, Bayley, and Becky Lynch are prime examples of what the system was meant to achieve. But for every successful call up there were several failed attempts.

Names like Andrade, EC3, Lars Sullivan, Ember Moon, Ruby Riott, and Aleister Black all floundered on the main roster and ended up leaving or being released. Even former champions Keith Lee and Karrion Kross, two wrestlers many expected McMahon to love, were drastically altered in appearance, handled poorly, and released.

Even in its heyday, there was an obvious disconnect between NXT and the main roster. For example, Johnny Gargano and Tomasso Ciampa were brought up as a tag team while in the middle of a deep-rooted and epic rivalry over the NXT Championship. Further proof of the detachment between brands came in the form of the many name and persona changes.

Most recently, Matt Riddle became just Riddle, Austin Theory was renamed simply Theory, and Tomasso Ciampa was called, you guessed it, Ciampa. The most extreme of these changes came at the expense of Pete Dunne, who is now known as Butch and dresses as an old-timey English thug complete with flat cap and braces.

This regular failure of NXT stars being unable to fit into the main roster system placed a dark cloud over the yellow brand and was one of the main reasons for the show to be revamped into NXT 2.0. But this disconnect has also harmed WWE in the long term as the company has been unable to grow and establish new Superstars on the main roster.

Therefore, in order for both NXT and the main roster to thrive, they need to exist in unison. NXT must create new main roster-ready stars and the main roster must treat them with respect and recognise their previous accomplishments via video packages, angles, and storylines, which Triple H will undoubtedly implement.

3. Stronger Focus On The Mid Card 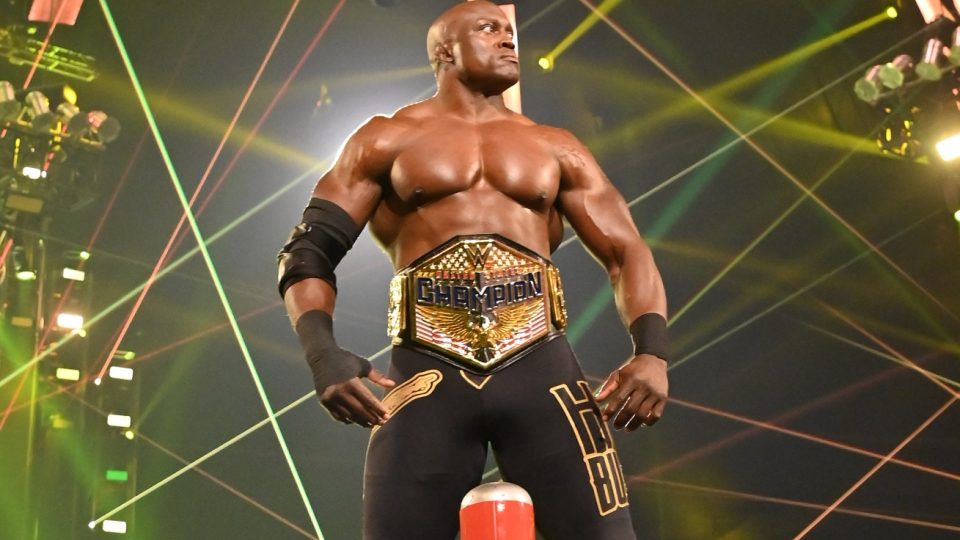 One of the most frustrating things for long-time fans of WWE during recent times has been the lack of focus on the mid-card and the titles within that area of the roster. The Intercontinental Championship for example is one of the most prestigious titles in wrestling history, however, gets nowhere the respect from the booking it deserves.

The Intercontinental Championship boasts a rich history and has been held by a plethora of WWE legends and Hall of Famers. Bret Hart, Shawn Michaels, The Rock, HHH, and Stone Cold Steve Austin all wore the title on their way to superstardom. The title was considered as the “stepping stone” to the main event and therefore came with an appraisal from the backstage powers that the holder was on his way to the main event.

However, over the years this prestige has waned somewhat due to lacklustre championship reigns and lack of focus. Similar words could be written about the United States Championship. Once a respected title in its WCW days the championship was presented as the secondary title to the World Heavyweight Championship. It also promised to prepare the holder for the main event level.

Over the years the US title has lost a lot of its credibility due to the way it has been portrayed in WWE. The names who have held the title like Dusty Rhodes, Ricky Steamboat, Bret Hart, Goldberg, Booker T and Eddie Guerrero just shows how much it meant back in the day. Most recently Bobby Lashley and Gunther have brought some prestige back to the championships and hopefully, under the guidance of Triple H’s creative input, they will continue to do so.

Creating meaningful mid-card titles would reinvigorate the mid-card, and give more Superstars the opportunities to prove themselves and fight for a championship that elevates them for bigger and better things in the future. Even in his short period of time in charge Triple H already seems to be revitalising the mid-card by utilizing Tommaso Ciampa, Chad Gable, Mustafa Ali and Ricochet. 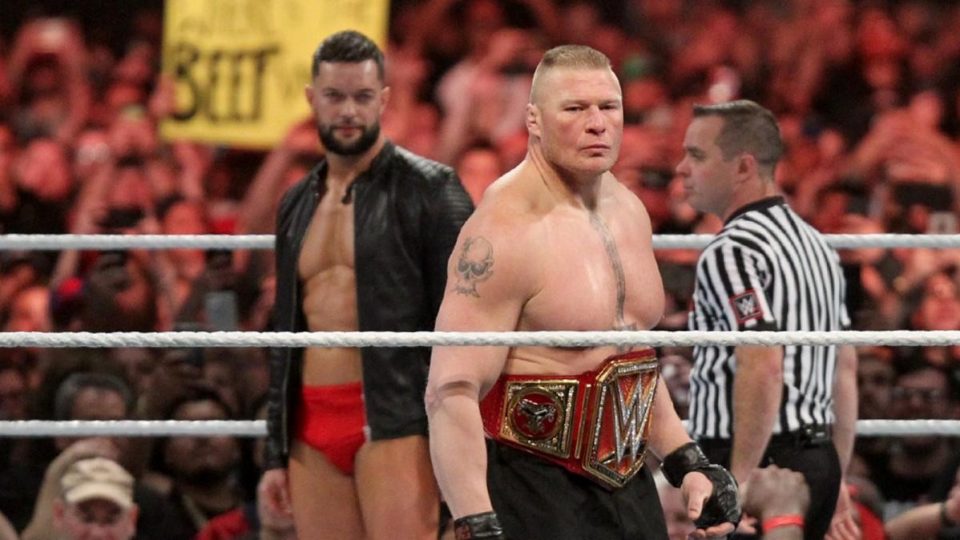 Triple H in charge of creative brings forth an array of possibilities for current Superstars on the roster who, for some reason or another struggled to thrive under McMahon’s direction.

Finn Balor, Kevin Owens, Rhea Ripley, and many more are Superstars who have tasted main event success but not experienced a lengthy amount of time at the top. Also, other names such as Ricochet, Bobby Roode, Tommaso Ciampa, and Pete Dunne/Butch have been squandered upon their arrivals on the main roster.

The main event level in WWE has been stagnant for years as the 9th meeting between Roman Reigns and Brock Lesnar at this year’s SummerSlam proves. In recent times there has certainly been an effort to elevate different Superstars to the main event. Stars such as Bray Wyatt, Kofi Kingston, Drew McIntyre, and Big E all refreshed the scene but only for a short time.

The fact WWE needs to build up credible contenders a level below the top-tier performers is nothing new. But the company has done little to produce them and now finds itself with only a few top-level talents and a huge Brock Lesnar- shaped hole to fill.

The need for WWE to build a group of serious and credible challengers for the top level is evident and the time for them to do so is now. Therefore a list of performers who have the potential and the credibility to break through to the next level awaits. Fans have been clamouring for new Superstars for some time now and stars like Balor, Owens, and Ripley are just the tonic.

1. Willingness To Work With Other Promotions 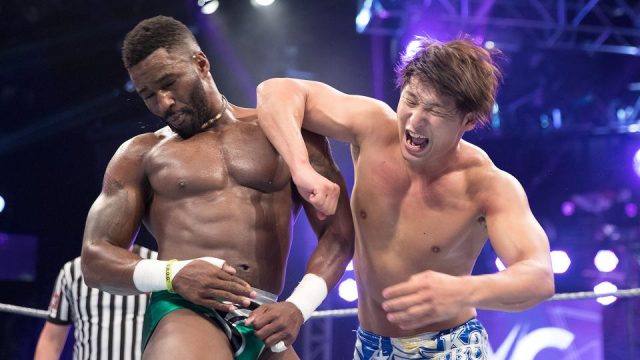 Over the years WWE has gladly worked with other promotions. Be it AAA, NJPW or ECW the company allowed outside wrestlers to appear on WWE shows. Way back in 1997 WWE opened its doors to several AAA wrestlers to appear in the Royal Rumble before Paul Heyman’s ECW promotion began an invasion angle involving Rob Van Dam, The Sandman and Sabu.

In more recent times there have been some eyebrow-raising collaborations that could happen once again now that Triple H is in charge. In 2015 at NXT TakeOver: Brooklyn Triple H worked with NJPW to bring the legendary Jushin Thunder Liger to NXT to face Tyler Breeze in a historical outing.

That same year saw a relationship form between EVOLVE and WWE. The alliance allowed WWE to scout EVOLVE talent and potentially sign them. This system brought in names such as Ricochet, Matt Riddle, Drew Gulak, and Johnny Gargano. The following year the Cruiserweight Classic saw top talent from all over the world most notably Kota Ibushi and Zack Sabre Jnr take to the WWE ring.

The creation of NXT UK in 2018 saw several working relationships with European indie promotions blossom. Then in 2020, WWE announced EVOLVE, Scottish promotion ICW, UK promotion PROGRESS, and German promotion wXw shows would all be available on the WWE Network. It was the first time ever that WWE allowed current promotions to be aired their shows on their platform and proving that working relationships can work.

If Triple H wanted to explore further working relationships with other promotions now that he has power over the main roster, the wrestling world could be about to get a whole lot more interesting.