On May 29th 2022, live from the T-Mobile Arena in Las Vegas, CM Punk will take on ‘Hangman’ Adam Page for the AEW World Championship. While some have enjoyed Hangman’s reign, it certainly feels like it might be time for a new Champion, and who better than ‘The Best in the World’ to take AEW into the next era of the World Championship?

CM Punk hasn’t held a championship since losing the WWE Championship to The Rock back in 2013 at the Royal Rumble. Obviously, there is that seven-year hiatus that Punk took from wrestling after leaving in 2014 to blame for this, however, now feels like the right time for CM Punk to take on the number one spot in All Elite Wrestling.

With every new champion, comes new challengers – and there is a raft full of possible competitors for the big gold in AEW. With that, here are our top 5 challengers for CM Punk, if he wins the AEW World Championship at Double or Nothing.

There are a fair few wrestlers at the top of the card in AEW, it’s quite congested right now with how many ‘main eventers’ the company has in their ranks. An honourable mention goes out to Bryan Danielson and Jon Moxley, both of whom have wrestled CM Punk before, and are very worthy of being the AEW World Champion. Also, Penta Oscuro, Pac and Darby Allin all get a mention as they would all put on some great matches with CM Punk as challengers for the title, however, this time around – they have all just missed out on the top five. 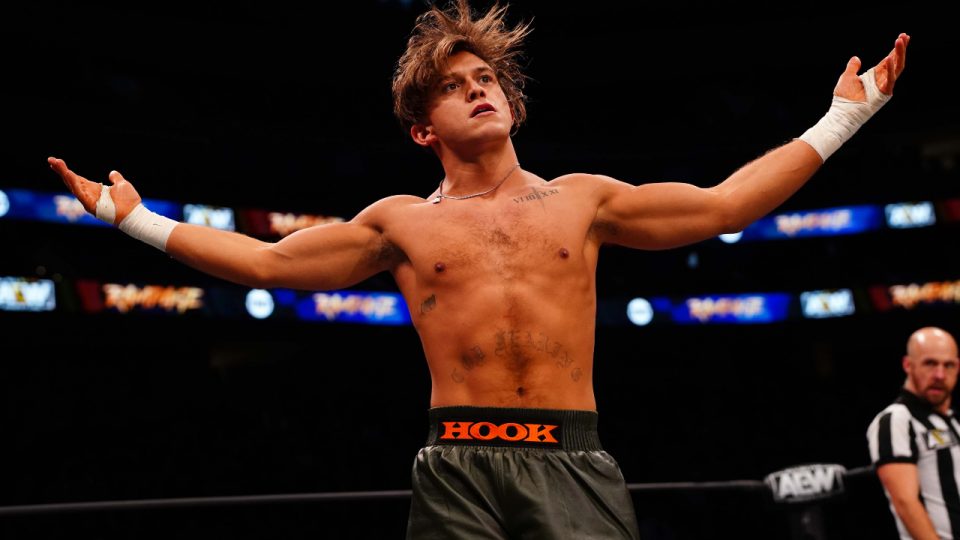 Ever since beginning his wrestling career in AEW, Hook has been over with the fans. His no-nonsense brawling attitude and the lack of any speaking works in his favour, and makes him a great alternative to the likes of MJF and Adam Cole who regularly talk on the mic. The first time we even heard Hook speak, was a recent episode of AEW Rampage, where he told Danhausen that he ‘had his attention’.

Since then Hook and Danhausen have become unlikely allies, and will take on the team of Mark Sterling and Tony Nese on the Double Or Nothing Buy In. However, it is plain to see that Hook is destined for more than this.

After winning the Championship, CM Punk could offer out an open challenge for the title on Dynamite, with Hook taking him up on the offer. It would have echoes of John Cena’s debut WWE match against Kurt Angle, showing that Hook can hang with Punk, but ultimately end with Punk getting the win.

There is a bit of history between Punk and Hook, with Punk telling Team Taz to ‘Send Hook’ in a promo last year and in an AEW Dynamite dark segment on May 11th 2022, Hook and Punk ended up fighting with the former attacking and choking out CM Punk.

Hook is undefeated in AEW, and although they may want to keep him strong, competing for the AEW World Championship against CM Punk in a losing effort isn’t the worst way to take your first loss with the company. It would be a great way to put Hook over and allow CM Punk to do what he wanted to do, wrestle people he’s never wrestled before. 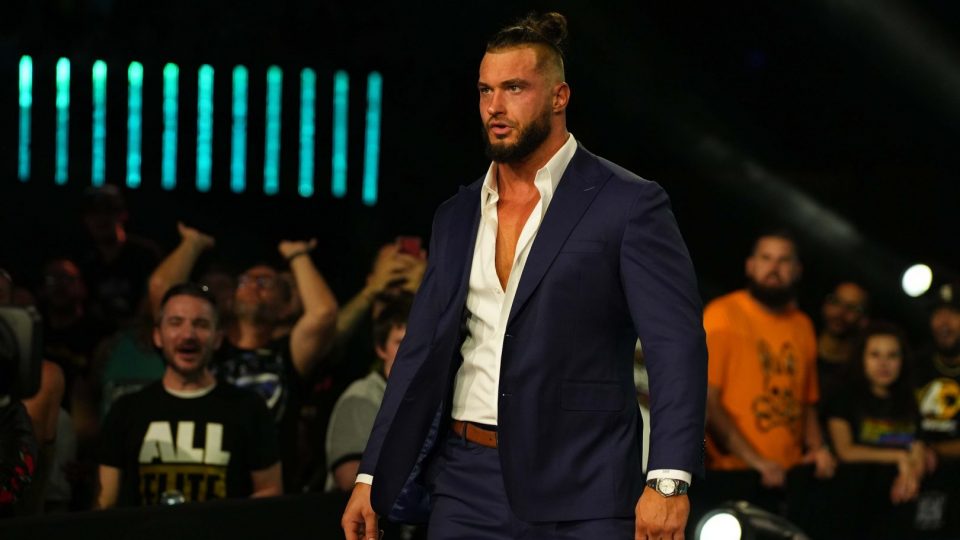 For the past few years, Wardlow has been in an extensive storyline building up his eventual turn on MJF at AEW Revolution. Wardlow passed the Dynamite Diamond Ring to CM Punk, assisting him in his victory against Friedman. Since that moment, the build of Wardlow has been fast, with ‘The WarDog’ being one of the most over wrestlers in the company.

Of course, Wardlow has had his fair share of heat with CM Punk too, meaning that a feud for the Championship would be ready made. After he is done with MJF, Wardlow will likely have his eyes on gold, whether it be the World or TNT Championship. Why not get him in a program with CM Punk?

AEW could build Wardlow as the big face, with CM Punk turning heel and showing the same tendencies he showed in Long Island on a regular basis. This would help push Wardlow, as the man to stop Punk and become World Champion. He’s not been an active competitor for long, but Wardlow is a World Champion in the making. 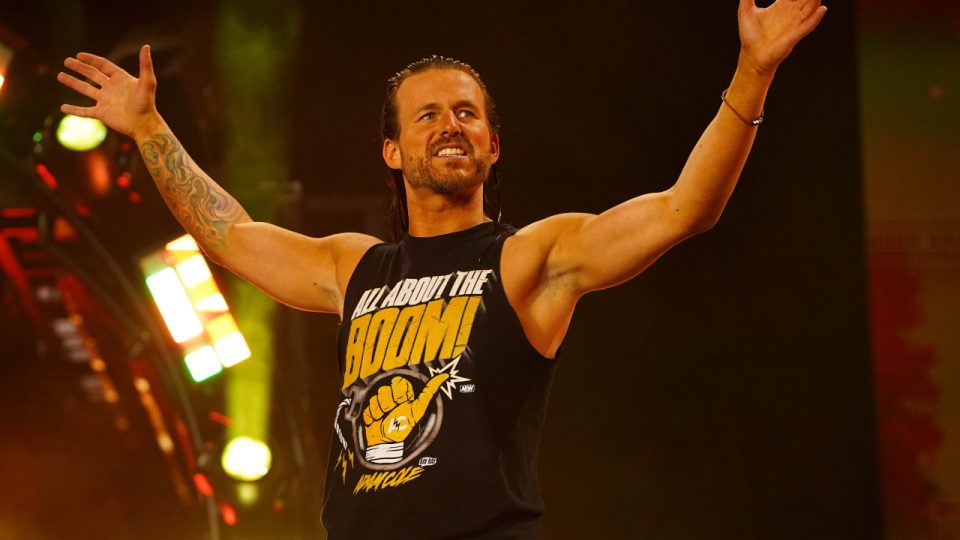 Adam Cole is a 3 time ROH World Champion and a 1 time WWE NXT Champion. This, as well as having many other accolades to his name, makes him a dead cert as a challenger for the World Championship, no matter what company he is with.

Both Cole and CM Punk have roots in Ring of Honor, a company that Tony Khan has recently purchased. That, combined with the fact that they have never stepped in the ring with each other makes Adam Cole vs. CM Punk some what of a dream match for a lot of wrestling fans.

Adam Cole has already challenged ‘Hangman’ Adam Page for the title in a losing effort, but he’s still one of the top stars in the company. The added possibility to have interactions between Punk, The Young Bucks and RedDragon makes for some fantastic segments on AEW Dynamite and Rampage too. 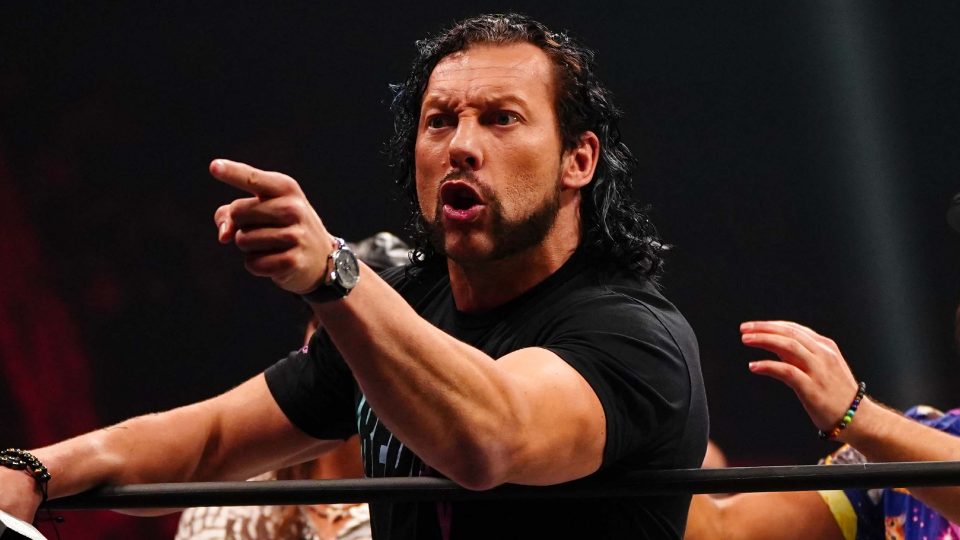 Kenny Omega has been gone from AEW ever since losing the World Championship to Adam Page at Full Gear 2021. Omega went into that match banged up, and has since been getting fixed up ready for his return, hopefully sometime this year.

Omega was arguably the best AEW World Champion that we have had so far, and is certainly worthy of a second run as the best in the company, possibly after beating ‘The Best in The World’ for the title in the process.

There’s no better way to bring him back than to challenge for the AEW World Championship that he lost. Perhaps this could be done in an Adam Cole vs. CM Punk match. Kenny could take out both Cole and Punk to cause a disqualification, triggering The Elite reforming and The Paragon becoming their own entity without The Young Bucks. After doing this, he could then announce himself as CM Punk’s next title contender. 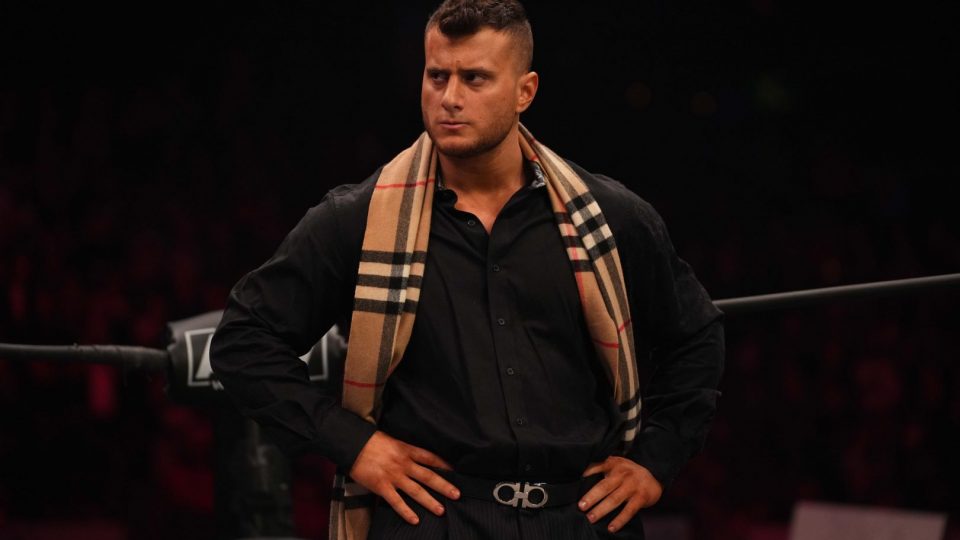 MJF has been the winner of the AEW Dynamite Diamond Ring every year since it’s inception. The first year he beat Adam Page after sharing the victory of the Battle Royale with him, the second year he beat Orange Cassidy in the final of the competition and in 2022 he beat Dante Martin for the prize.

It is obvious that AEW sees Maxwell as someone who could lead the company into a new generation, with MJF naming himself as one of the Four Pillars of AEW’s future along with, Jungle Boy, Darby Allin and Sammy Guevara. Whether you agree with who the ‘Four Pillars’ should be is one thing, but whoever they are, MJF is certainly one of them.

MJF was undefeated in singles competition in AEW until losing to CM Punk in the Dog Collar Match at the Full Gear pay-per-view. This gives history to the story of MJF and CM Punk, as does the rest of the juice from the storyline last time around, including MJF being let down by his hero (CM Punk) as a child, and the photo of MJF and Punk from years ago, that everybody has seen by now.

Once the MJF and Wardlow feud is over, you have to think that the company will be looking at putting gold on him, especially with all of the rumours of him leaving AEW to go to WWE when his contract expires in 2024.

The fans would love it if MJF was the wrestler to take the gold away from CM Punk and it would be a nice way to round off the issues between Punk and Friedman.

AEW Double or Nothing is live on pay-per-view from the T-Mobile Arena in Las Vegas, Nevada on May 29th 2022. You can catch it on the Fite TV app internationally and Bleacher Report in the US.