As we get ever closer to Halloween, now is as good a time as any to take a look at some bloody good vampire gimmicks from over the years.

Vampires have been part of cultural beliefs and folklore for centuries, but when Bram Stoker’s Dracula was released over a hundred years ago, the toothy b***ards bit into mainstream pop culture and haven’t let go since.

From Bela Lugosi to Christopher Lee, The Lost Boys to Twilight, and Nosferatu to The Count from Sesame Street, every generation has grown up with some form of sun-hating sensation.

In fact, Dracula himself is one of the most portrayed characters of all time, second only to Sherlock Holmes!

So it kind of makes sense that vampires could be used to create popular spooky wrestling gimmickry. After all, all you need is some gothic clothes, gnarly teeth, and lots and lots of strawberry corn syrup to produce some theatrical fun for the audience to enjoy. 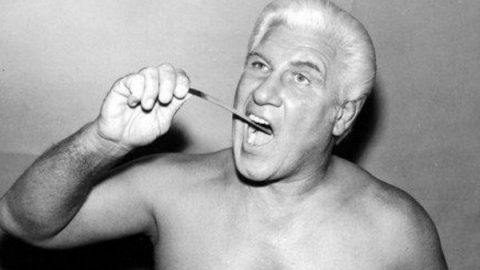 To some fans, Freddie Blassie was that old man who told us that “Now he cheers for them” during those epic black-and-white Attitude Era vignettes. To others, he was one of the greatest managers of all time.

But for some of our elders, Blassie was a freaking vampire!

Probably the first vampire-esque gimmick in wrestling, Blassie would kayfabe file down his teeth to make them super sharp. Then, via some blading sleight of hand shenanigans, he would bite his opponents, making them bleed all over the place and creating some quite horrific imagery.

If John Moxley licking blood during his matches makes your tummy queasy, probably best to stay away from some classic Blassie bouts. 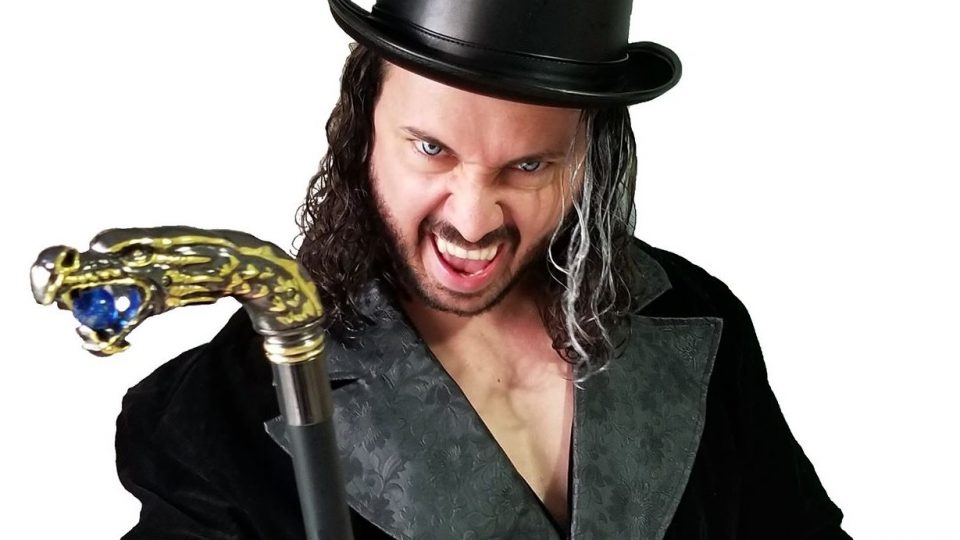 Lestat first entered the independent wrestling scene over a decade ago and has been a mainstay ever since.

There are many inspirations for his character. His look, which consists of long hair, a top hat, and a goatee resembles that of Gary Oldman’s Dracula.

The name Lestat is taken from the novel Interview With The Vampire (Tom Cruise’s character in the movie) and Gabriel is presumably taken from Gabriel Beaumont, the protagonist from Castlevania: Lord Of Shadow who later becomes (SPOILER FOR A TEN-YEAR-OLD VIDEO GAME) the one and only Dracula.

Lestat is by all accounts a good guy with a devout fan following he affectionately refers to as the “Vampyre Nation,” and he still performs on the indie circuit to this day. 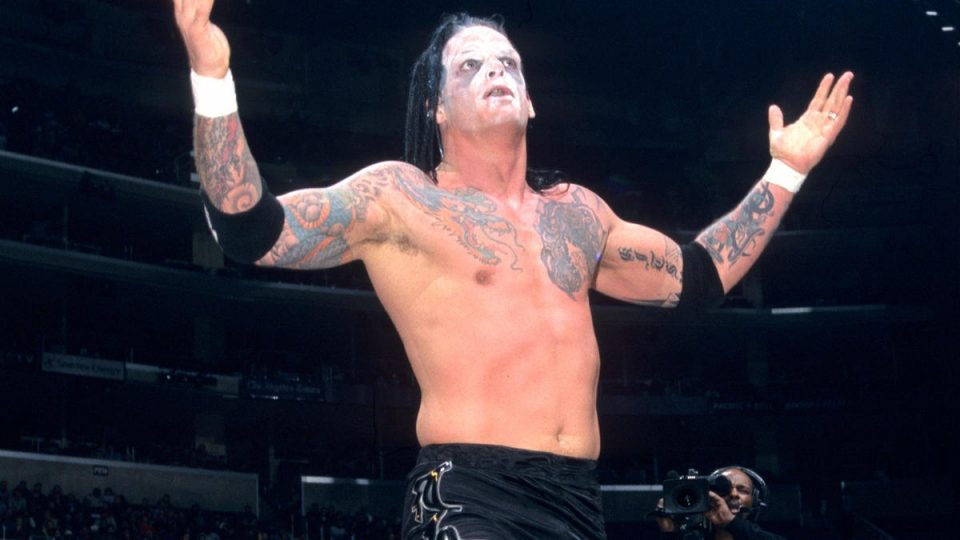 Ian Richard Hodgkinson, was a former bodyguard for bands such as Milli Vanilli whilst trying to build his career as a pro wrestler. Eventually, in 1991 he made his way down to Mexico city and joined Consejo Mudial de Luch Libre.

With his blue dreadlocks and love of vampires, the promoters Paco Alonso and Antonio Peña decided to name him Vampiro Canadiense, which translated means “Canadian Vampire.”

Despite having a rather limited move set Vampiro got over, and made a name for himself before finally joining WCW in 1998.

He may not have had fangs or a collared cape, but Vampiro certainly liked his blood.

He would cover his opponents from time to time in a blood bath, where a red liquid would fall from the heavens and coat his foe, such as that one time in his weird but memorable feud with Sting, towards the company’s end. 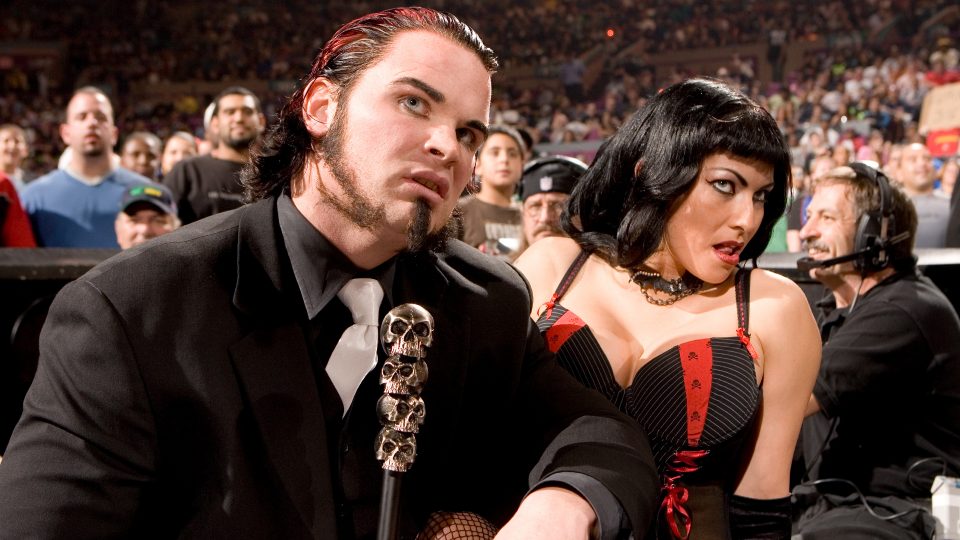 After the religious zealot and blonde bombshell Mordicai failed to get over, performer Kevin Fertig was sent back to OVW.

In 2006 however, Fertig would rise again! To fit in with its new home on Sci-Fi, Fertig alongside his OVW companion Shelly Martinez would debut as Kevin Thorne and Ariel, a couple of cheeky vampires.

Thorne would spit blood during their promos whilst Ariel read tarots, and their entrance consisted of a red mist whilst Ariel hung upside down from the ropes like a bat.

Sadly the duo never really took off, maybe partially because the originally planned faction with the next entrance on this list never materialized….

Gangrel And The Brood 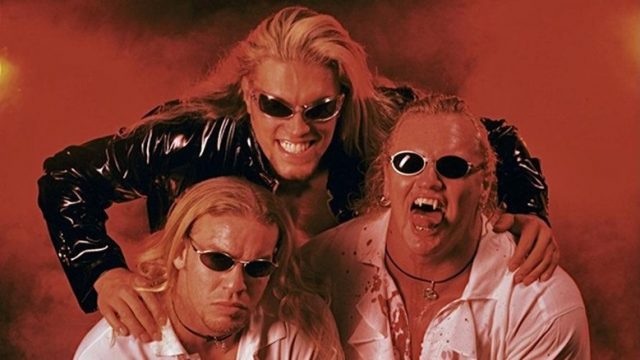 Making his wrestling debut in 1987, David Heath took on a vampire gimmick way before he signed full-time with the WWF in 1998.

He and his then-wife Luna Vachon developed their vampire warrior gimmick back in 1993, but of course, it was when he did join the WWF during the Attitude Era that the Gangrel we know and love was born.

Heath was so dedicated to the role he actually got fang caps dentally attached to his teeth, rumoured to have cost $10000 per point!

Of course, he would eventually form The Brood with a young Edge and Christian, and the trio instantly became iconic with an entrance that saw them rise from the stage in a ring of fire, with Gangrel spitting blood from his chalice.

Edge and Christian may have gone on to have more legendary careers, but Heath can say that he is the most famous vampire wrestler of all-time, still getting pops to this day, such as his appearance in AEW earlier this year during the feud between The Hardys and The Young Bucks.