In 2015, John Cena moved away from the world title picture to become the United States Champion for the second time in his illustrious career. It was a move that was welcome, as the championship had lost a lot of its luster in the years prior. Cena’s insertion into the mid-card title picture instantly made the title important again. Little did fans know, however, that it would become a massive part of Cena’s legacy. The 16-time world champion would create the US Open Challenge which would take place weekly on Raw for the entire summer in 2015.

It not only made every Raw must-see but gave anyone and everyone an opportunity to have a special night in the locker room. In this feature, we take a look at the top five matches of Cena’s US Open Challenge, rather than the entire reign. His matches with Kevin Owens and Seth Rollins, while among the best, are not a part of this due to them not answering the challenge but taking place on pay-per-view. The challenge allowed Cena to step inside of the ring with names that are now among the top names in professional wrestling. 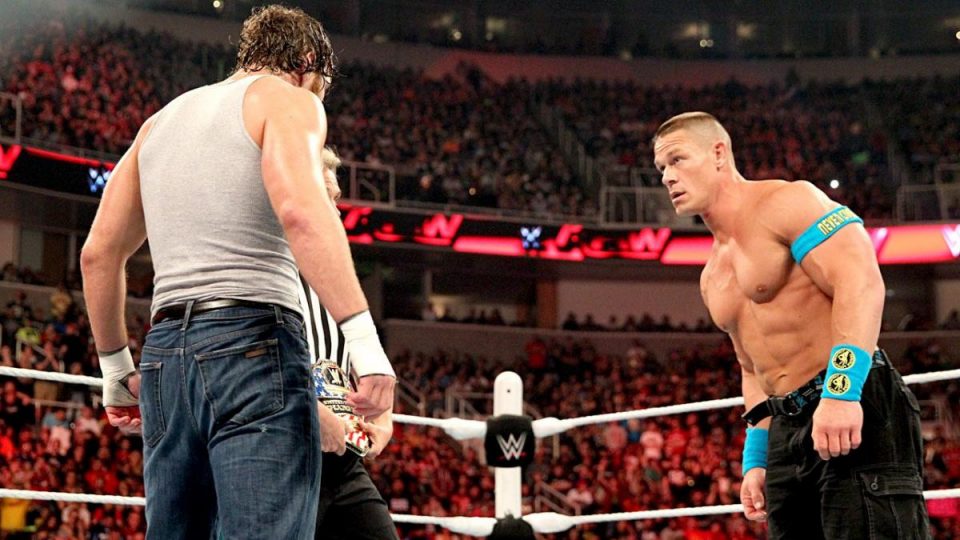 When it comes to something as rememberable as John Cena’s US Open Challenge, you know that the first match has to be one to really kick it off well. And that it was. As Cena made his first official open challenge to the Raw locker room, it was former champion Dean Ambrose (aka Jon Moxley) who would answer the call. These two, as expected, had a physical match that went back and forth. And perhaps the beauty of Cena’s open challenges was that they always felt as though the title could change, no matter the challenger.

With no pregame planning by Cena, it allowed Ambrose to come out of the gates hot and come very close to upset Cena on his first night, ending the challenge then and there. But “Big Match John” (as JBL likes to call him) came through in his normal fashion as he held off Ambrose and successfully defend his gold for the first time. It was the perfect opponent and match to make this that important. 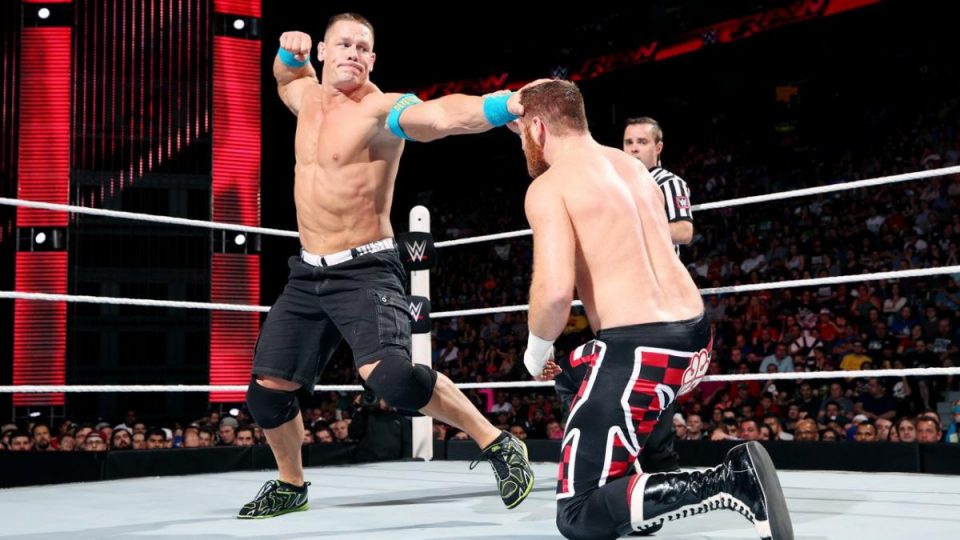 As we discuss the matches that took place in the open challenge, maybe none more are as memorable as the match between Cena and Sami Zayn. This would prove to be Zayn’s main roster debut on one special night in Montreal. The introduction by Bret Hart was the chef’s kiss here, as Zayn had as big of a debut as you could have. The main reason this match may be remembered though is due to him injuring his shoulder before the match even began. This injury would force Zayn to miss nearly a year of action but he still went into the ring with Cena and put on a show.

Maybe the most incredible spot of the match came when Zayn hit the Blue Thunder Bomb on Cena, getting one of the best near falls you will see. Zayn not only showed that he belonged that night but earned the respect of Cena that would have him set for life. Cena walked out victorious, but this was the night that helped make Zayn’s WWE career forever. It also opened the door for anyone to walk through that curtain and challenge Cena, adding more anticipation every single week following. 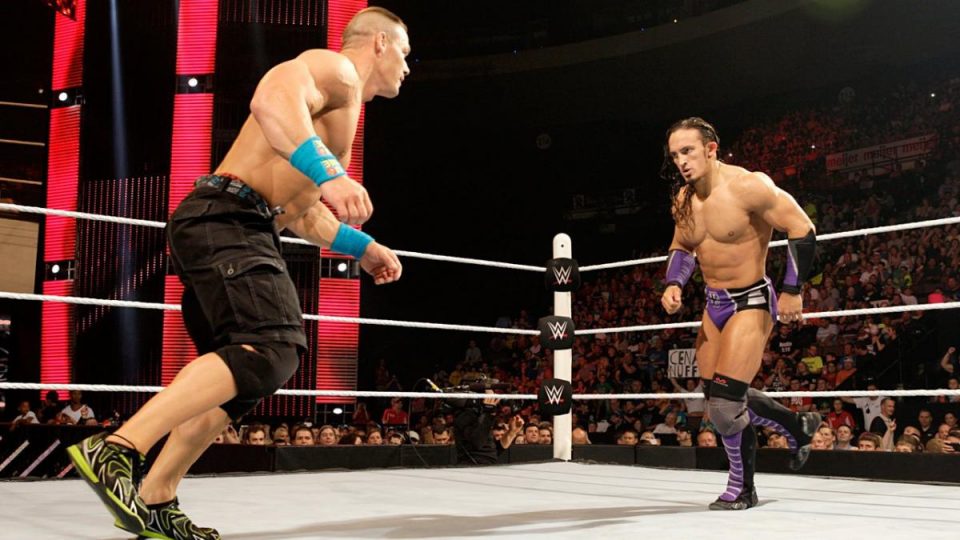 Fans forget how special Neville was during his time in WWE. Now better known to the world as PAC, “The Man Who Gravity Forgot” had multiple matches in his main roster career that made fans realize how incredible he truly was. And when he answered John Cena’s US Open Challenge, it felt like the perfect moment for him to jump into the spotlight since debuting on the main roster and becoming a full-time member. Neville dazzled as he pulled out all the stops to try and keep the champion down. Cena’s ability to work with Neville for the first and only time in such a great showing only makes you regret there wasn’t more between these two athletes.

As the match came to a close, Neville would actually hit the Red Arrow on Cena, but we would never learn if he was going to win as Rusev ruined the match before the count could even happen. Considering that the Red Arrow has never been kicked out of, it was a moment that made everyone feel there was going to be a new champion. This match could be viewed as the reason the US Open Challenge was so good. It gave someone like Neville, a new star to the brand, a chance to shine with Cena. A killer match between the two. 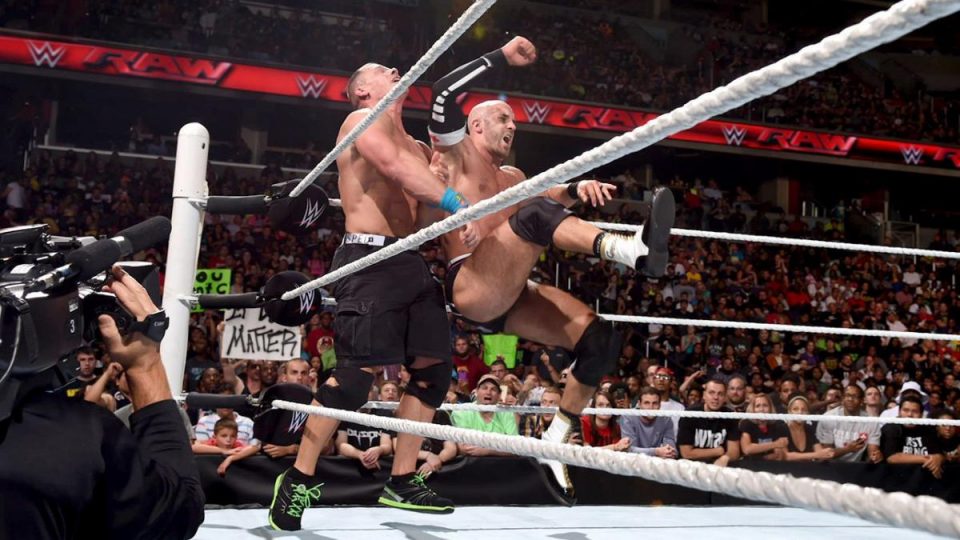 Cesaro has always been special. That has never been a question for fans and as we have learned in the past, it was never a question to John Cena either. “The Swiss Superman” answered the call back-to-back weeks, with this being the first occasion. This first match between Cesaro and Cena was one of the best matches you will see on Monday Night Raw during the 2010s, and really the second is as well. These two men went nearly 20 minutes trading blows, showing feats of strength, and displaying to the crowd this match could easily be for the WWE Championship, not just the United States Championship.

Unfortunately for Cesaro, he had locked in the Sharpshooter on Cena but was never able to learn if he would beat him with it as Cena’s rival at the time, Kevin Owens, would interfere and it would lead to disqualification. Cesaro in back-to-back weeks moved up the card in everyone’s mind as he showed that can give Cena a battle at anytime. 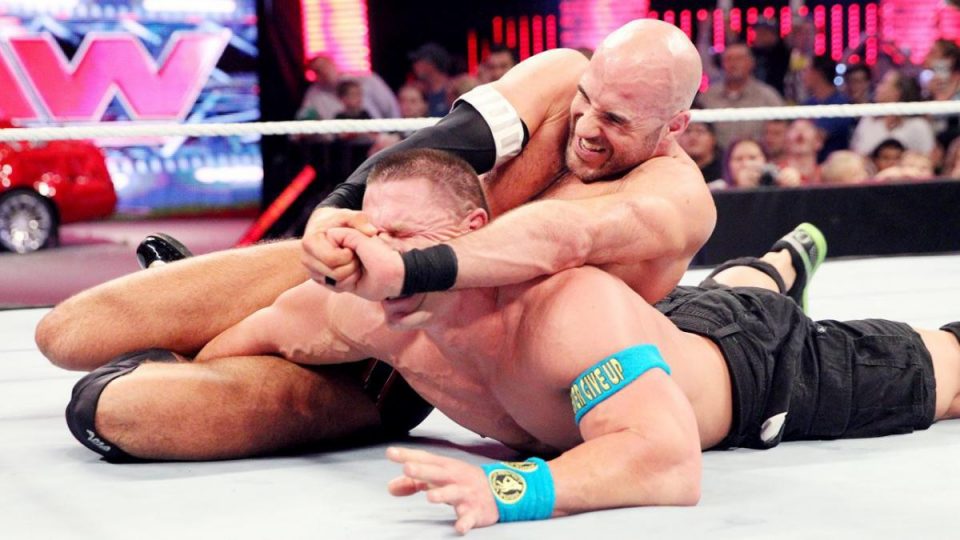 We conclude the best of John Cena’s US Open Challenge matches with what many find to be the absolute best. One week after missing out on winning due to disqualification by Owens, Cesaro answered Cena once again and got a fair shake this time around. The two men battled for over 30 minutes in one of the best matches you will see on Monday Night Raw possibly in its history. It was a pay-per-view match for free and involved both men giving it all they had. Cesaro was showing an intensity that this was his time to grab that “brass ring” and defeat Cena that night. There were multiple spots in the match where Cena showed visible bewilderment on his face as he could not put Cesaro away once and for all.

What did finally capture the win for Cena on that night was an Attitude Adjustment. But not just any Attitude Adjusement. Cena would get Cesaro on his shoulders and toss him all the way down from the top rope, pinning him for the three count in a true war between two top athletes. Not only was it a night that Cesaro visibly earned the respect of Cena, but it was an all-time performance by him as well. It was the pinnacle of the US Open Challenge because of the lengths both men went to defeat each other, what it gave Monday Night Raw during that time, and why it will go down in history as one of the best runs in Cena’s career.