As a wrestler in the WWE, you are sooner or later going to experience a name change. Sometimes for better, sometimes for worse.

Alongside in-ring ability and mic skills, a wrestling name is of the utmost importance. Monikers such as Stone Cold Steve Austin and The Undertaker are iconic and memorable, something all wrestlers strive for.

However, sometimes the powers that be hand out some of the most ludicrous of names imaginable. So, here are 10 wrestlers who were handed terrible names in WWE Ivar and Erik form what is now known as The Viking Raiders. But this name wasn’t so nice upon their arrival to the main roster.

After a dominant year in NXT, they drafted to Raw in 2019. They were no longer being referred to as “War Raiders” but as The Viking Experience.

The new name was greeted with so much negativity that they were renamed The Viking Raiders just the following week.

Going from War Machine to War Raiders was just about fine but, The Viking Experience was one step too far. Although it only lasted a week in WWE, it will never leave the minds of fans. 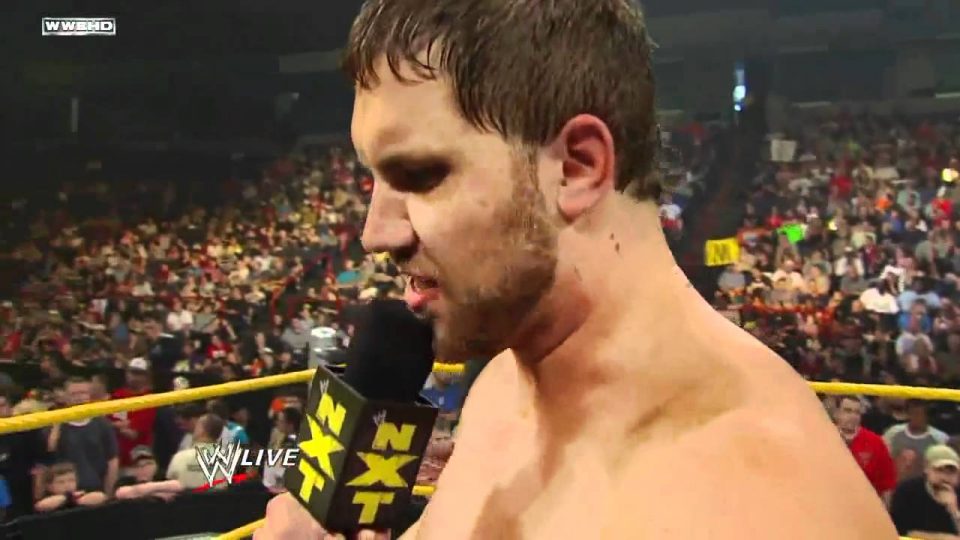 As seen recently in Bron Breakker, WWE has shown to have a weird way of avoiding their history. When you have the son of legendary wrestler “Mr Perfect” Curt Hennig on your roster, the last thing you do is name him after an Irish sounding man.

More famously known as Curtis Axel in WWE, he wasn’t always so lucky with his name. The third-generation star was first known as Michael McGillicutty in NXT and Nexus, in what is possible the blandest and least intimidating wrestler name imaginable.

It is still confusing as to why they didn’t just let him wrestle as Joe Hennig. As the saying goes, what is old is new again and, WWE missed a great opportunity to repeat success with another Hennig. 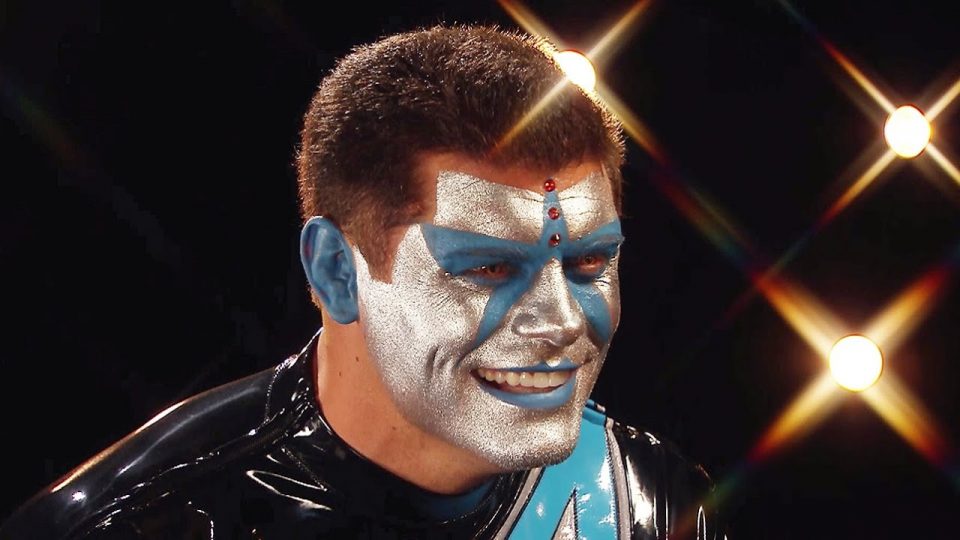 Just as you’d thought you’d forgotten about Stardust, we are here to remind you all of him again.

Cody Rhodes adopted the name Stardust as he teamed with his brother, Goldust. The Rhodes’ family never had it easy with their gimmicks in WWE but always managed to get over. That was until Stardust came along.

Despite Cody giving it his 100%, the gimmick never worked and led to him leaving the company in 2016.

The silver lining of all this is that the birth of Stardust led to the domino effect which, birthed AEW. So, swings and roundabouts. 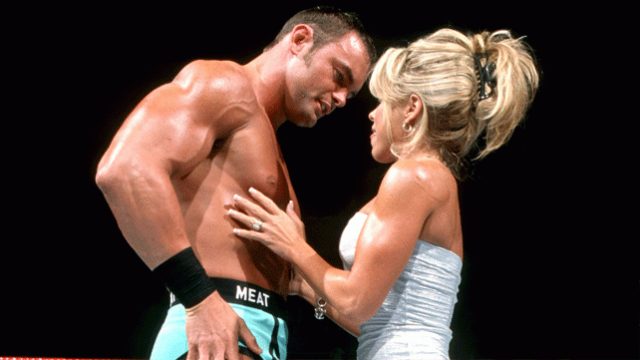 Like Curtis Axel, Shawn Stasiak was a wrestler who had an iconic father to follow in the footsteps of, in this instance, it was Hall of Famer Stan Stasiak.

So, what better way to introduce the son of a Hall of Famer than under the moniker … Meat.

This gimmick led to no success which was explained on WWE programming. Meat tired himself before matches performing certain acts on one of his stablemates, Terri Runnels. Yes, this happened.

Luckily, WWE leaned into the Stasiak name soon after. However, his wrestling career petered out and, he never reached the meaty heights of Meat. 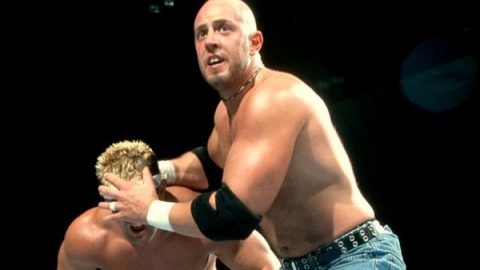 Credible was very successful in ECW, winning both the ECW World Heavyweight Championship and Tag Team Championships. A wacky name like Justin Credible suited the wild nature of ECW.

But then Justin Credible returned to WWE and, the name didn’t suit the programming. This is evident in his work as he never amounted to what he did in ECW, not even a fraction of it.

As clever as the name is, it is up there with the least sounding wrestling names around.

Following the theme of the least sounding wrestling names, we have Dolph Ziggler.

Possibly the anomaly of this list, as The Showoff has carved out a particular successful WWE career, becoming one of the more respected wrestlers on the roster.

What’s more impressive is he has managed to do so whilst donning the name Dolph and Ziggler. A name we have now accepted as normal is questionable if you stare at it a little too long.

On the bright side, it could’ve been worse, with Dolph himself saying he was supposed to be called David Diggler before speaking up and being named Dolph Ziggler. Duke Droese is a passable name, there would’ve been no issues with that. There is worse out there. But then you throw “The Dumpster” into the mix and, you have ruined everything.

Yes, his gimmick was that he was a garbage man, but calling someone “The Dumpster” is never going to work. How are the fans meant to have their belief suspended by a man named that?

Although you can appreciate WWE trying to make a relatable, working-class character, this was certainly a huge fail and not so surprisingly we haven’t seen any more garbage men in WWE since. 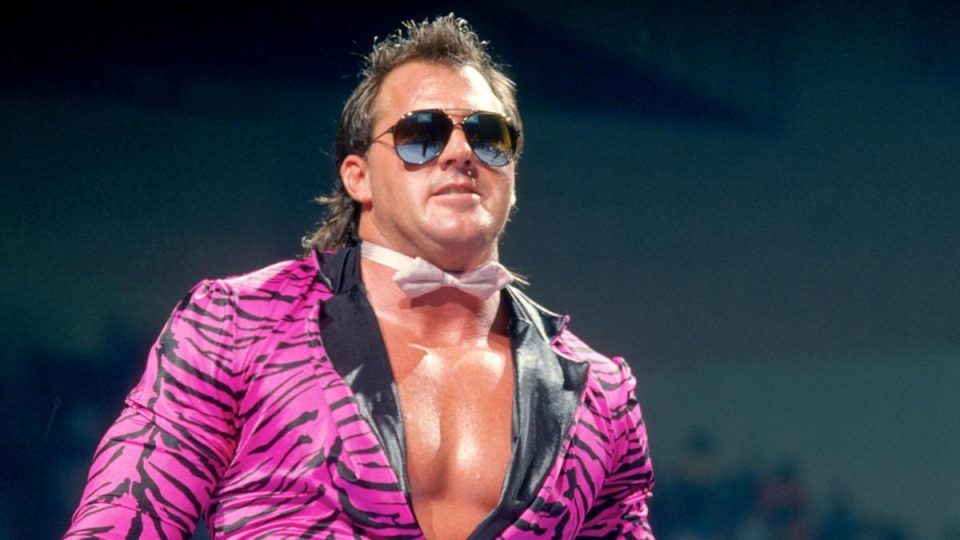 There is a lot to unpack here with this name.

Brutus has been hit with a few terrible names in his career, from Big Brother Booty to The Man with No Name, but the Beefcake Barber is certainly the worst.

Firstly, what is a Beefcake? Are they high in calories? Secondly, why is a barber being labelled a beefcake?

“The Barber” part is acceptable, it is a fine gimmick, but why beefcake? Is he a beefy barber? A barber who uses beef? There are so many questions for this name combination.

He was inducted into WWE’s Hall of Fame in 2019 by Hulk Hogan but really should’ve always been put in a Hall of Shame just for that name alone. 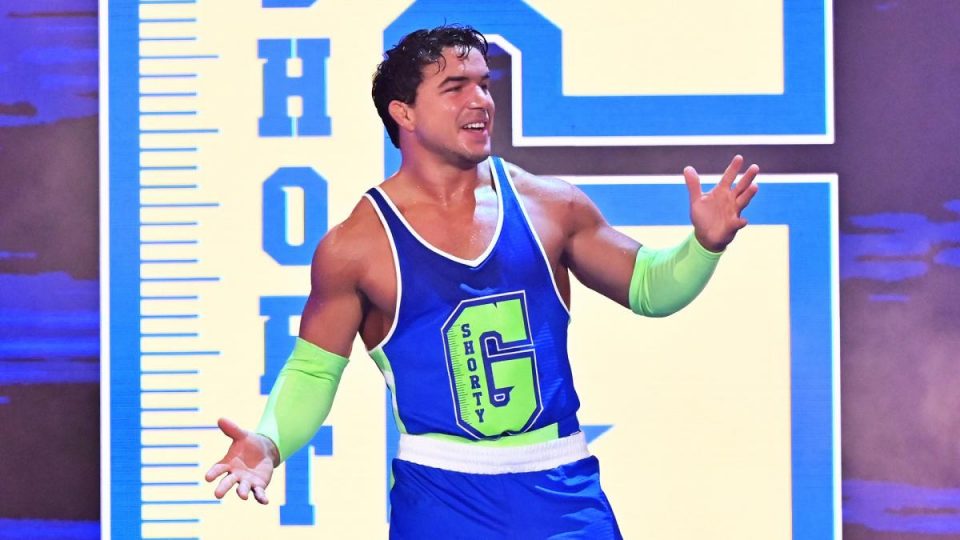 Chad Gable is one of the most universally appreciated and underutilised WWE Superstars. A legitimate Olympic athlete, he has always drawn comparison to Kurt Angle.

Angle himself has labelled Gable “the real deal”, which is why it was such a shame to see WWE force the “Shorty G” gimmick on him.

A character and name based on the fact Chad Gable is small was never going to work. The WWE Universe want to see this man wrestle week in, week out as the genuine wrestler he is not a sad, underdog, small guy. How can an Olympic athlete be an underdog? It was not good.

Luckily, it only lasted a year and, he managed to get the name Chad Gable back. Now we wait patiently for a successful singles run. 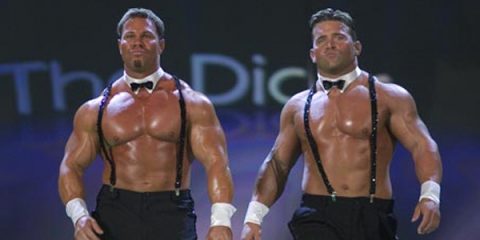 Technically a tag team, The Dicks consisted of James and Chad Dick. The duo of Dick’s lasted all of four months on WWE’s main roster in 2005/06 before being released.

Having named them “The Dicks”, you would question if WWE ever even wanted them to do well. When you think of legendary tag teams, you think of The Hardy Boyz, Midnight Express, Dudley Boyz and sadly, “The Dicks” is a name that doesn’t have the same ring.

Credit to WWE for thinking this could work but it is probably their worst name idea to date.