In recent years, it has become a trend in WWE for name changes to happen.

More often than not, these WWE name changes are ridiculed by both fans and critics. However, there have been a handful of WWE superstars who benefitted from a makeover.

So, with that being said, here are 10 wrestlers who had terrible names before joining WWE. 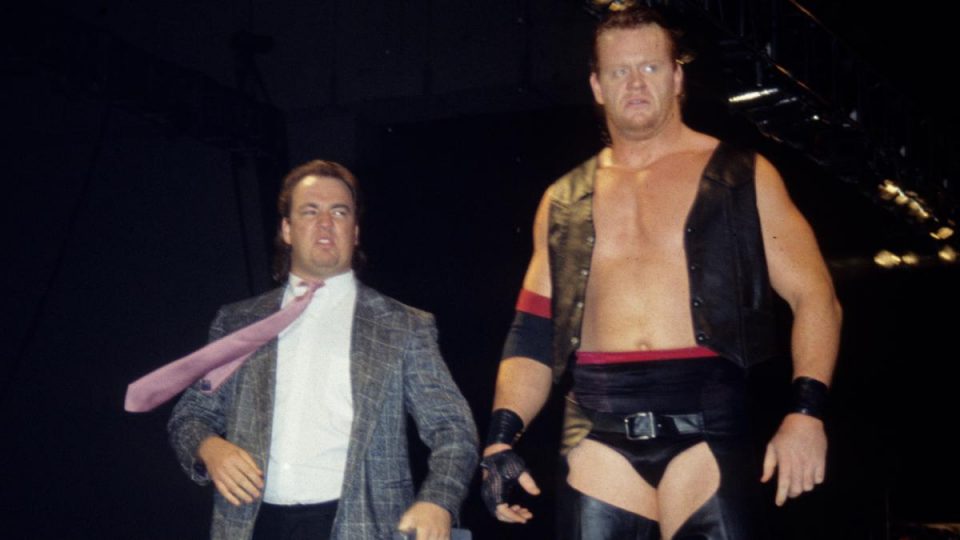 Before the Deadman was debuting at Survivor Series and creating WrestleMania streaks, he was cutting his teeth in WCW under the moniker “Mean” Mark Callous.

The name was the brainchild of Terry Funk and, despite only existing for a year, was seen on match cards next to opposition such as The Road Warriors and Brian Pillman.

Luckily, the name was dropped when ‘Taker joined WWE, with him becoming the Undertaker we know and love today.

It begs the question, just how different would the WWE Hall of Famers career be if he had persisted with the PG sounding “Mean Mark” gimmick. 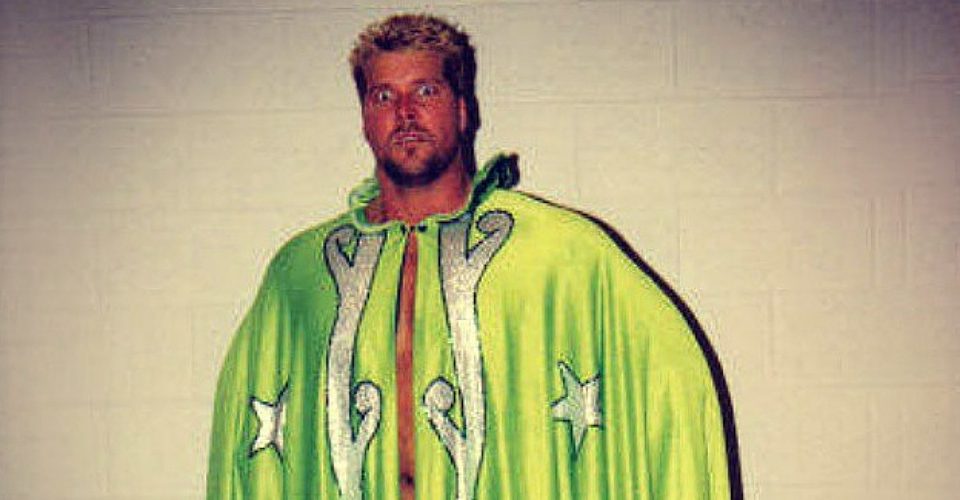 You have read that correctly the legendary Diesel, Kevin Nash, Big Daddy Cool, was once strutting around the squared circle as The Wizard of Oz.

Nash had his fair share of names in his initial three-year stint in WCW, with Oz being the worst of the bunch. The character lasted around six months and had no real success, which isn’t too surprising.

Wrestling has had some wild gimmicks and names in its time but, given the fact it was 1991, it is not surprising that Oz wasn’t setting the world alight. We must thank WWE for introducing us to Diesel and his subsequent names. It’s safe to say that Luke Gallows has been burdened with some horrible names in his career.

It took Gallows four years to be paired with a suitable name within WWE, having to work his way through Festus, Imposter Kane and The Freakin’ Deacon first.

It was in WWE’s developmental, Deep South Wrestling, where The Freakin’ Deacon was born. A gimmick that saw him speak to a spider, possibly a source of inspiration for former WWE Superstar Rowan.

Here’s to hoping Gallows can go the rest of his career without any more unreasonable in-ring names. 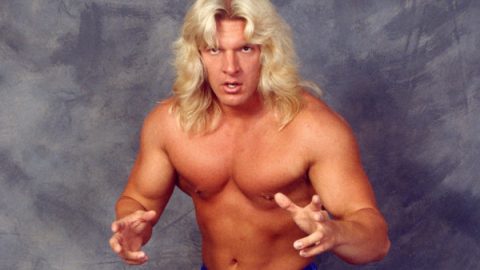 The Game was handed this name when he first started his wrestling career in WCW, a name that stuck with him for around a year.

Terra Ryzing would wear purple trunks and a purple robe to the ring, a far cry from the metalhead loving Triple H that we know today.

Now, the COO of WWE, a Hall of Famer, and running NXT, it is safe to say the Cerebral Assassin benefitted from the switch of names. 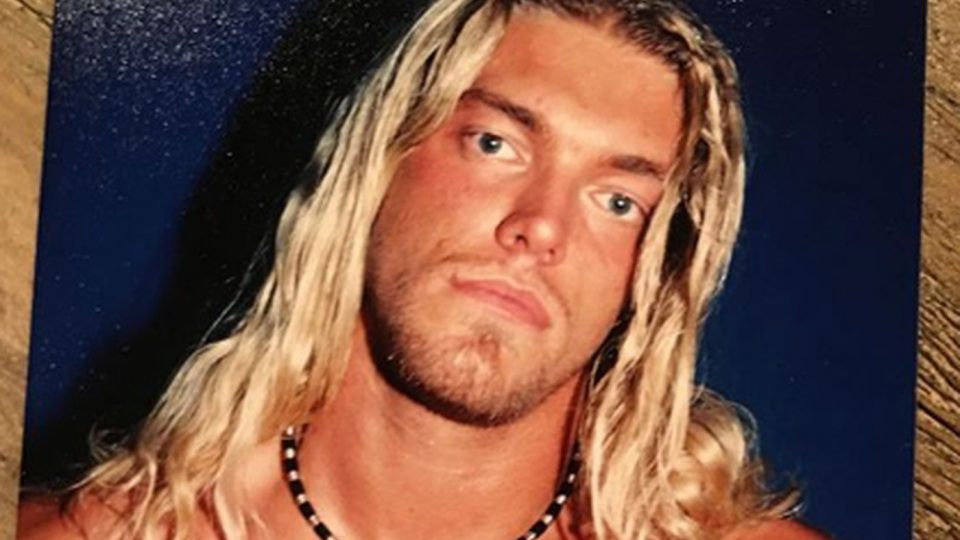 Unlike the other names on the list, Edge worked under the Hardcastle name for a long time, three years to be exact.

Working throughout the Canadian independent scene as Sexton Hardcastle, the raunchy name saw a lot of success for the Ultimate Opportunist and even saw him work dark a few matches at WWF as Hardcastle himself.

It wasn’t until 1998 when Edge was signed by WWE and debuted, that Edge was born. Now, 11 World Championship reigns later Edge has forged an incredible career under the infamous one-word moniker.

Although Sexton Hardcastle isn’t the worst name in the world, it doesn’t have the same ring as Edge and probably wouldn’t have had the same success either. After just a year in the wrestling business, and Chris Benoit found himself in NJPW. He wrestled under a mask and the name Pegasus Kid

The “kid” is understandable given Benoit was a Dynamite Kid fan, but Pegasus? If you were to pair “kid” with anything, the last thing would be the name of a mythical horse. He then evolved to Wild Pegasus to make matters worse.

For the way Benoit wrestled, Pegasus Kid didn’t fit that image. A soft, mythical horse doesn’t represent technical wrestling. So thankfully, he found his way to the Chris Benoit name. 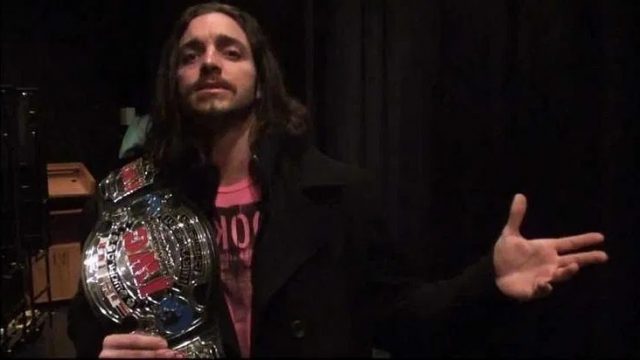 If ever a name did what it said on the tin, then this would be that. A man who looks like Jesus and is into heavy metal. It is as accurate as can be.

Elias had this name for the six years he was on the independence before being signed by WWE, and despite it being a great name, it is safe to say it would never have worked in WWE.

At least the Elias character is still representative of a Heavy Metal Jesus. The name may be gone but it lives on vicariously through Elias. 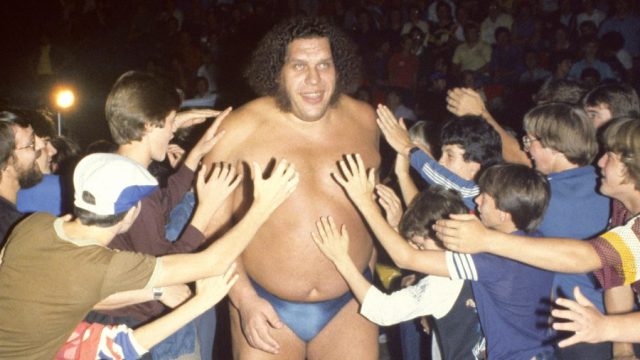 It isn’t too hard to see the inspiration for Andre’s initial wrestling name. The Eighth Wonder of The World is a monster in size and is French. Thus, the Monster Eiffel Tower is created.

It is for the best that he managed to become Andre the Giant though, as telling the story of Hulk Hogan’s infamous slam against Monster Eiffel Tower wouldn’t quite have the same ring to it. 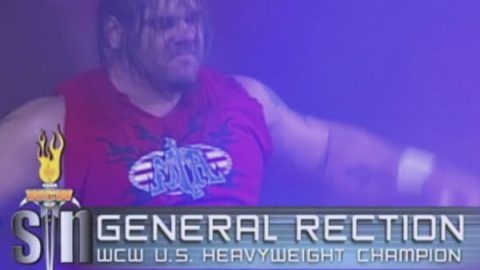 Yep, this happened. This was a wrestling name. Still figuring out if it is awful or amazing.

At the beginning of the millennium, DeMott was in WCW with the comedic faction Misfits in Action. If it wasn’t obvious, by the name, DeMott was the leader and lasted all of eight months with the group.

He went on to join WWE in 2001 as Hugh Morrus who would eventually become Bill DeMott, a name which is probably more suitable for WWE programming.

His WWE career wasn’t anything to write home about, but the fact we never got to see Hugh G. Rection reincarnated in WWE is a shame … I think. Finally, the crème de la crème of this list, and what other way to end it than with some Very Mysterious Ice Cream.

In 2007, having been released from a developmental WWE contract, Cesaro headed back to Chikara, but this time under a mask. He formed one half of Los Ice Creams and changed from Claudio Castagnoli to Very Mysterious Ice Cream.

Cesaro is clearly flexing his creative muscles here, as not many wrestlers would find success as a Swiss Superman and an Ice Cream. Congratulations to him for that.