Championship gold is what every wrestler in the world competes for. A title win is a highlight of any grappler’s career.

However, there are some title reigns that are not documented in the record books. Championship reigns that happened, but were subsequently declared null and void and are absent from a title’s lineage.

This feature details 10 such occasions when a wrestler ‘won’ a title but said championship reign has been stricken from the record. 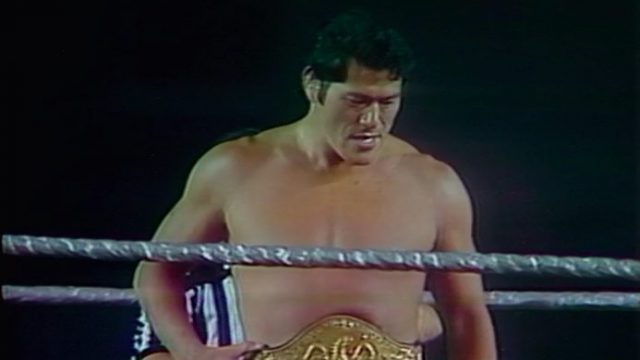 Antonio Inoki is a bonafide legend in Japan. Inoki founded New Japan Pro Wrestling and even entered politics in a long and varied career.

One of the highlights was an unrecognised reign as WWF Champion. On November 30, 1979 on a show hailing from Tokushima, Japan, Inoki bested WWF Champion, Bob Backlund to apparently claim the WWF Championship.

Backlund won a re-match a week later, but the title was returned to Inoki after the match was subsequently declared a No Contest by WWF President, Hisashi Shinma. Inoki then vacated the title due to the controversy.

When Backlund returned to the United States, he defeated Bobby Duncum in a bout for the held up title on December 12 to regain the belt. Inoki’s reign was not acknowledged outside of Japan. It was as if it never happened. As per the record books, Backlund’s first WWF Championship reign was uninterrupted between 1978 and 1983.

In a title bout held on October 19, 1981, challenger, Greg Valentine hoisted Backlund up in an aeroplane spin. Valentine inadvertently knocked down the referee. The champion managed to tip over ‘The Hammer’ into a pinning position. The referee, still delirious managed to count the pinfall. However, as Valentine made it to his feet first, he believed the challenger was the winner and anointed him the new champion.

Moments later though, amidst protests from Backlund and consultations from officials, the bout was declared a No Contest and the title was held up. Backlund won the subsequent re-match and regained the strap. The record books as stated above don’t consider this an interruption to Backlund’s inaugural WWF Championship reign. 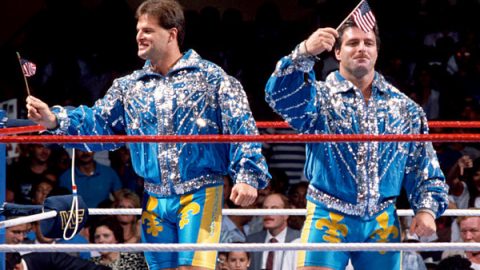 The Fabulous Rougeaus were a well versed team by the time they joined the WWF in 1986 as the brothers had been teaming for well over a decade.

However, their success in the Federation was muted. They never progressed beyond the mid-card and their solitary WWF Tag Team Championship reign was stricken from the record.

Even their fleeting moment of glory was on a Montreal House Show and not televised. The tandem defeated The Hart Foundation to seemingly lift the WWF Tag Team Championship. The pair held the belts for several days. However, at the next television taping, The Hart Foundation were once again holding the gold and the title switch was never acknowledged.

The Rougeaus were never considered for a title run again and disbanded in 1990, when Raymond retired and Jacques was unforgettably repackaged as The Mountie.

Before a colossal television audience of 33 million viewers, Hulk Hogan defended the WWF Championship versus Andre ‘The Giant’ on NBC’s The Main Event on February 5, 1988.

In a memorable screwjob, Hogan kicked out on a one count but referee, Earl Hebner, impersonating his brother, Dave counted three and anointed Andre the new WWF Champion.

Hogan was incensed. Andre then sold the strap to ‘Million Dollar Man’ Ted DiBiase. The dastardly, DiBiase left with the gold and even defended the belt at House Shows over the next week. However, a ruling by WWF President, Jack Tunney ensured that ‘The Million Dollar Man’s’ WWF Championship reign was cancelled. Tunney ruled that a title could not be purchased and Andre had effectively vacated the belt when he sold it to DiBiase.

The WWF Championship was put up for grabs in a single elimination tournament at WrestleMania IV. ‘Macho Man’ Randy Savage defeated DiBiase in the tournament final.

DiBiase would never win the WWF Title but instead created the Million Dollar Championship which he wore with pride. 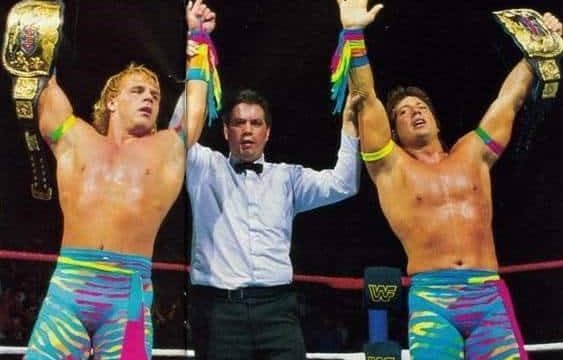 The Hart Foundation were the beneficiaries of Vince McMahon’s changing mood for a second time, when their title loss to The Rockers was also annulled and their Tag Team Championship reign was extended.

The Rockers captured the belts at a television taping in Fort Wayne, Indiana. The bout was a two out of three falls encounter that was hampered by a broken top rope. WWF Chairman, Vince McMahon was not happy with the content of the match and made the decision not to air the contest on television. He then decided to cancel the title switch as well. Despite the fact Shawn Michaels and Marty Jannetty had defended the gold against Power and Glory on a November 3 House Show, on November 4, the titles were returned to The Hart Foundation.

The Rockers were not acknowledged as WWF Tag Team Champions and their reign was removed from the record book.

At Souled Out on January 24, 1998, Rey Mysterio Jr. dropped the Cruiserweight Championship to Chris Jericho in an entertaining battle. Post-match, Jericho battered Mysterio with a toolbox. This was the storyline reason to write Mysterio off television so he could undergo knee surgery.

Six months later, at Bash at the Beach, Jericho had been scheduled to face Dean Malenko with his gold on the line. However, Malenko had gotten himself suspended and ‘Y2J’ was forced to face a mystery opponent. That was a returning Mysterio, who subsequently dethroned Jericho to capture his fourth Cruiserweight crown or did he?

The following night, on Nitro, the decision was reversed due to interference from Malenko during the bout. That was a nonsensical ruling and Mysterio would be made to wait for his fourth Cruiserweight Title win. 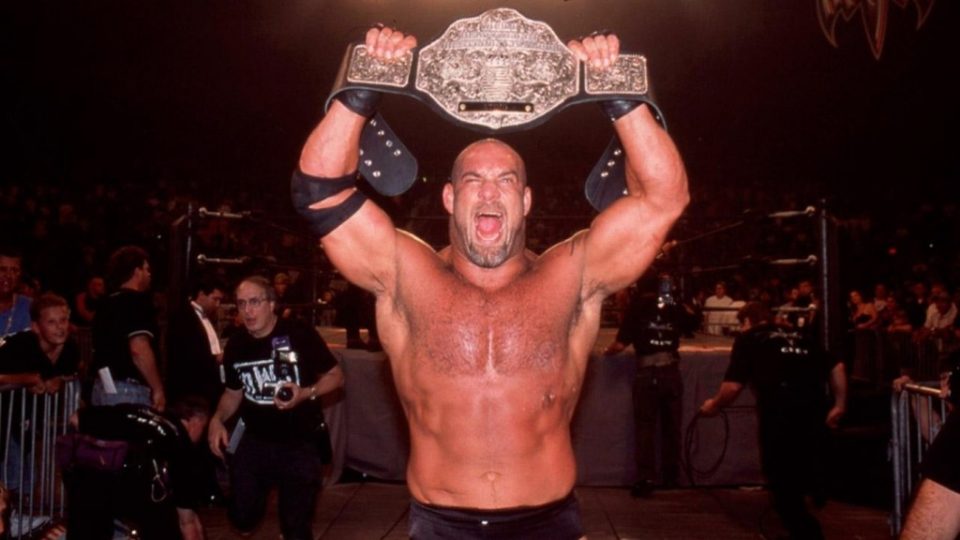 Halloween Havoc 1999 was the first night on the job for new WCW Head Bookers, Vince Russo and Ed Ferrera, who had stunningly jumped ship from the WWF.

As a statement of intent, they booked Goldberg, who had been meandering for months, as WCW’s booking collapsed under Eric Bischoff in the spring of 1999, to regain the WCW World Title.

Or did they? In a swerve, which regrettably became typical of Russo and Ferrera’s booking philosophy, the Goldberg title win was cancelled.

The ‘logic’ was as follows. Sting’s open challenge at Havoc was never meant to be a title match, despite the fact it was heavily inferred, considering the non-event title match between Sting and Hulk Hogan earlier on the show, in which ‘The Hulkster’ had laid down for the champion.

So, on Nitro the next night, it was stated the bout was non-title. Therefore, Goldberg was not the new champion. However, given the controversy, the belt was not returned to Sting and was held up and put up for grabs in a tournament.

The tourney would be won by Bret ‘Hitman’ Hart at Mayhem on November 21. 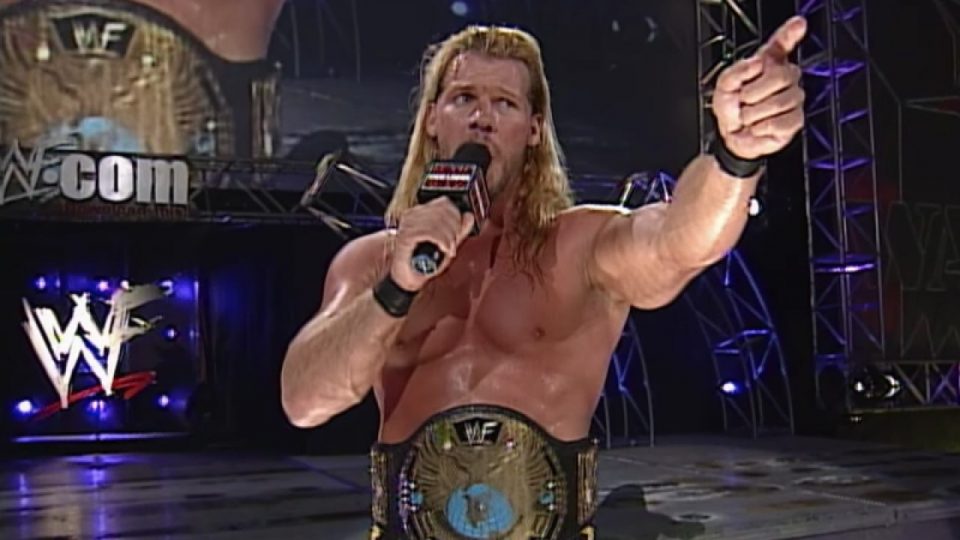 Jericho’s ‘reign’ began and ended on the April 17, 2000 episode of Raw. However, this title win and subsequent reversed decision is still one of the most memorable moments in WWF/E history. Despite it’s omission in the record books, this is a title victory that will never be forgotten.

WWF Champion, Triple H agreed to put his belt on the line against ‘Y2J’ after the champion had insulted ‘The Game’s’ wife, Stephanie McMahon-Helmsley. In a competitive match-up, Jericho nailed a Moonsault on Triple H and referee, Earl Hebner delivered a decisive three count.

Jericho was the new WWF Champion. At least for an hour or so. Later on the Raw broadcast, ‘The Cerebral Assassin’ hauled Hebner to the ring and insisted the senior official reverse his decision. After much intimidation by the McMahon-Helmsley faction, Hebner reluctantly agreed to return the belt to Triple H after admitting he delivered a fast three count.

Jericho’s reign was stricken from the record. He would eventually claim the WWF Championship when he unified it with the former WCW Championship at Vengeance on December 9, 2001.

Hulk Hogan won six WCW World Championships. However, long-time fans will remember that ‘The Hulkster’ won a seventh, albeit briefly at Bash at the Beach 2000.

Hogan was challenging WCW World Champion, Jeff Jarrett. However, as soon as the bell rang, ‘Double J’ immediately dropped to the canvas. An apparently bemused Hogan then put his foot on Jarrett and pinned him to apparently become the new WCW Champion (yes, Russo booked exactly the same worked shoot scenario in the space of nine months).

Post-match, Hogan cut a promo on WCW Head Booker, Vince Russo and slammed the company. He then walked out.

That led to the infamous promo from Russo himself. On Hogan and WCW, Russo raged: “All day long I’m playing politics with Hulk Hogan, because tonight Hulk Hogan wants to play his creative control card, and to him that means that in the middle of this ring, when he knew it was bulls**t, he (would) beat Jeff Jarrett. Well guess what! Hogan got his wish. Hogan got his belt and he went the hell home, and I promise everyone, you will never see that piece of s**t again!”

The inference in this shoot promo was that Hogan had refused to lose to Jarrett as scheduled. Russo then declared the title switch null and void. He advised that Jarrett was still champion and would defend against Booker T in the main event slot. Booker T defeated Jarrett for the gold to win his first World Title. Hogan, so legitimately offended by Russo’s words, never wrestled for WCW again. 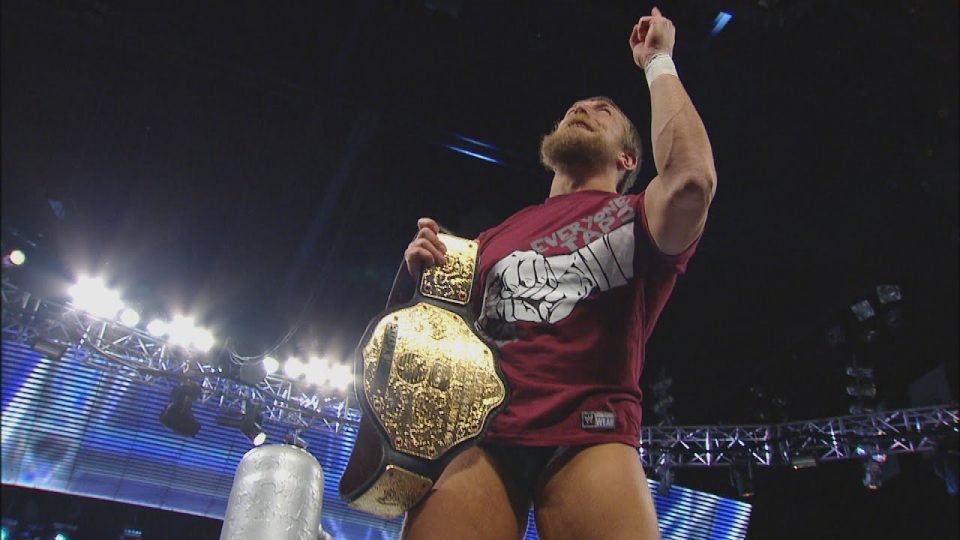 Daniel Bryan won the SmackDown Money in the Bank contract at the titular pay-per-view on July 17, 2011.

Bryan would attempt to cash in the contract on the November 25, 2011 SmackDown. He appeared to be successful when he cashed in on World Heavyweight Champion, Mark Henry and pinned him to claim the title.

However, SmackDown General Manager, Teddy Long declared that ‘The World’s Strongest Man’ was not medically cleared to compete. The title win was annulled and Henry remained champion while the briefcase was returned to Bryan.

‘The American Dragon’ would not be denied for long however and successfully cashed in his contract at TLC on December 18, 2011, moments after The Big Show had beaten Henry for the belt.

You can watch these title ‘wins’ exclusively on the WWE Network.