Since Triple H became Head of Creative, there is already a growing optimism in and around WWE that several Superstars will be given a new lease of life under the King of Kings.

There have already been sprinkles of Triple H magic on the main roster, with the re-additions of Karrion Kross and Dakota Kai being microcosms of the new direction Triple H wants to take the company.

With the re-signings and re-debuts of many talents, here are 10 Superstars’ careers that could be revived under Triple H. 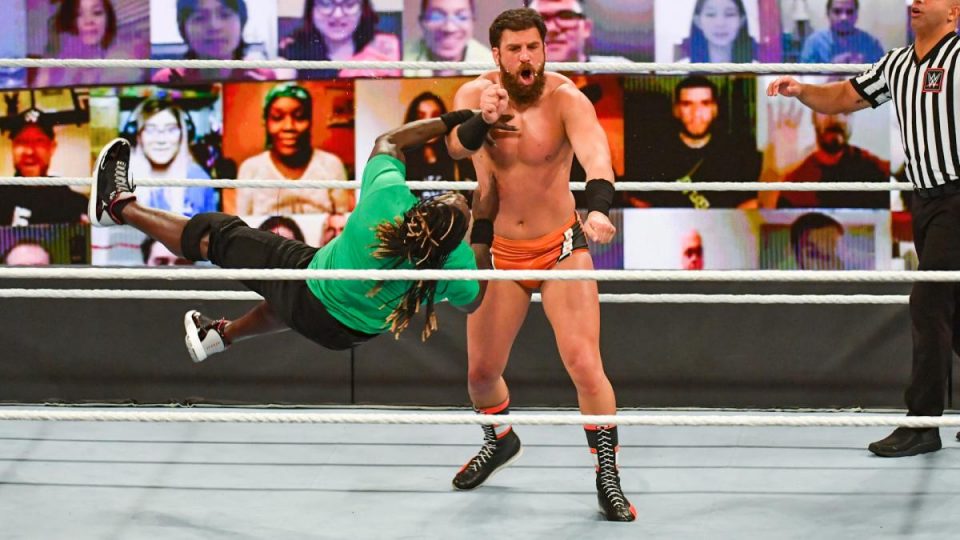 We have already seen glimpses of what Gulak can do when given a chance, with his feud-turned-partnership with Daniel Bryan encapsulating his talent.

However, despite becoming increasingly popular, WWE never pounced on the opportunity to create a new star, and so Gulak faded into the background like many before him.

With a new era arriving in WWE, it is the opportune time to utilise one of the best technical wrestlers in the company. Not only has he proven how entertaining he is, but also how talented he is, and if given a chance under Triple H, there is no reason why he can’t be the perfect mid-card star. 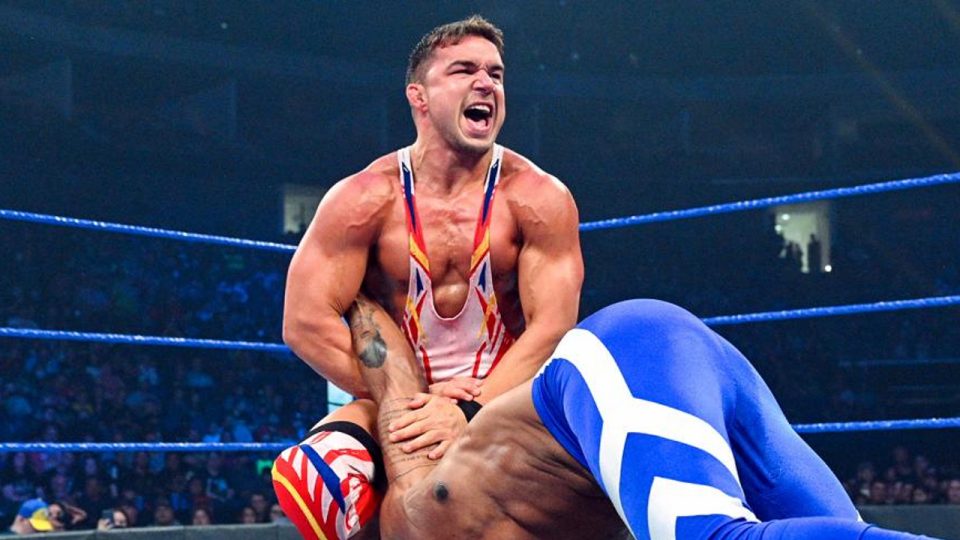 Chad Gable has been one of the standout stars on Raw for the past couple of months. Alongside Otis, the pairing has made for some hilarious segments and fantastic matches.

It is obvious why he is compared to Kurt Angle so often, with his unique personality and undisputed wrestling ability being the perfect concoction for a WWE Superstar.

Unlike others on this list, this isn’t a petition for more TV time, but more about Gable being positioned at a higher level. There is no reason why Chad Gable couldn’t hold a mid-card title, and who knows, maybe even a World Championship one day. 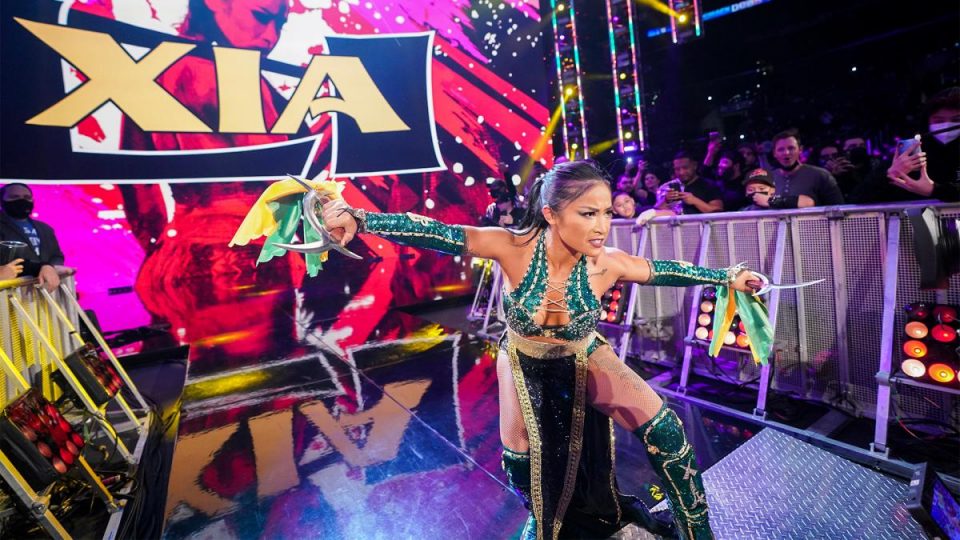 With Bayley, Dakota Kai and IYO SKY all arriving on Raw, it made the gap between WWE’s respective brands bigger than it already was. It is clearer, now more than ever, that SmackDown’s Women’s roster needs freshening up, and WWE has all the talent in the world to do so.

Xia Li has been on the main roster for just under a year and has done nothing of note. As seen with her NXT run, when paired with Boa, she has ability in abundance, and can portray a fascinating character.

Xia Li’s entrance alone entices viewers, but if WWE can give her the chance to shine on the main roster, then they will have a unique and fresh contender for the SmackDown Women’s Championship. 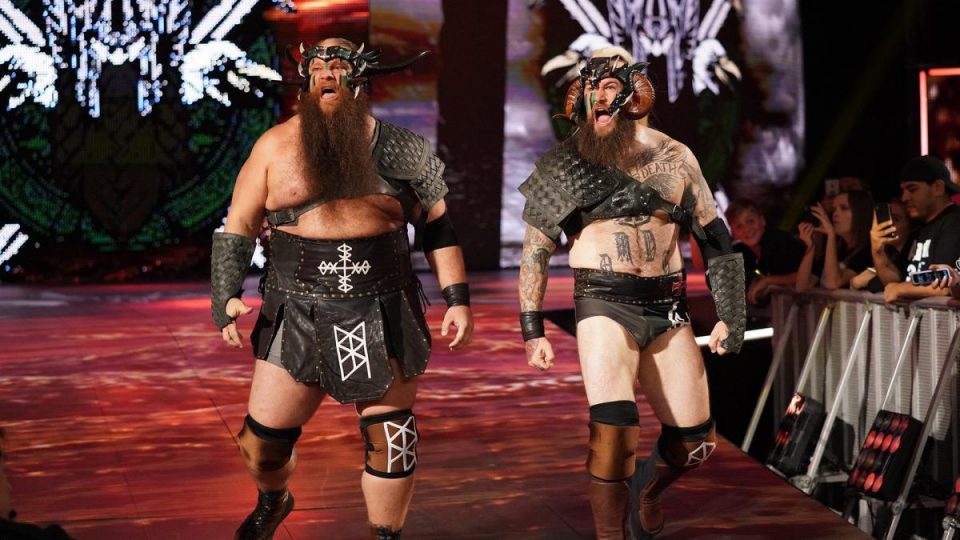 It’s not just SmackDown’s Women’s division that requires a revamp, but also the Tag Team division.

SmackDown’s entire Tag Team division consists of make-shift teams, all but Viking Raiders, The Usos and The New Day. The Usos are mainly over on Raw, The New Day will always have good TV time, and Viking Raiders are a shadow of their former selves.

Having always been seemingly shoehorned into title feuds when there are no other teams available, it would be for the betterment of everyone if Triple H can restore the Viking Raiders back to their NXT depiction.

They should be in the conversation as one of the best tag teams in the world but are currently an afterthought in the WWE Tag Team division, but hopefully, that can change. 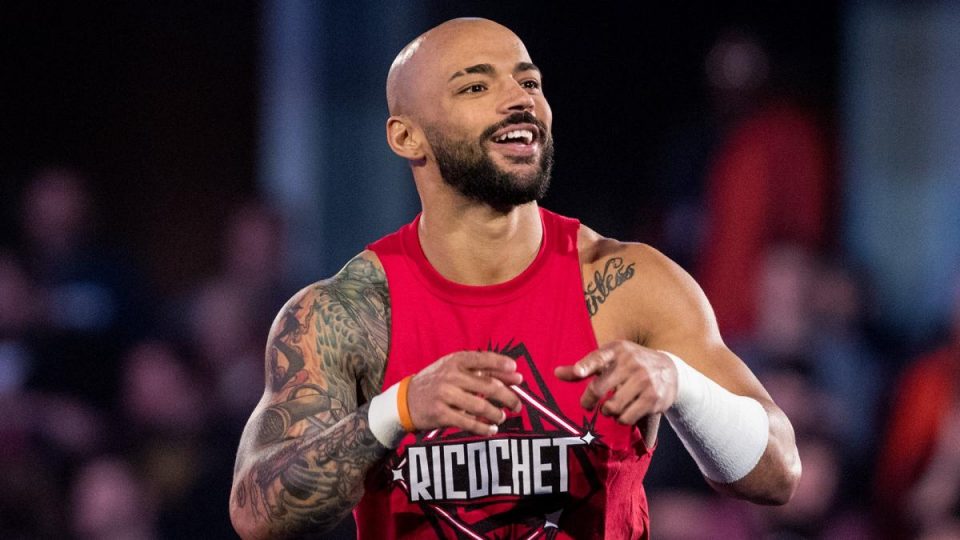 Having been on the main roster for around three and a half years, Ricochet has had a difficult time securing a consistent place on TV.

It seemed Ricochet’s career was on the up upon his arrival to Raw, but it all came crashing down at 2020’s Super ShowDown, where he was effectively squashed by Brock Lesnar and demoted from the mid-card position.

Since then, it has been an inconsistent two years of sporadic TV appearances, to the annoyance of fans all over the world who have all petitioned for Ricochet to be used better.

It is impressive to be able to misuse one of the world’s best high flyers like WWE has, but knowing Ricochet was under the learning tree of Hunter in NXT, the future should look brighter for the former Intercontinental Champion. 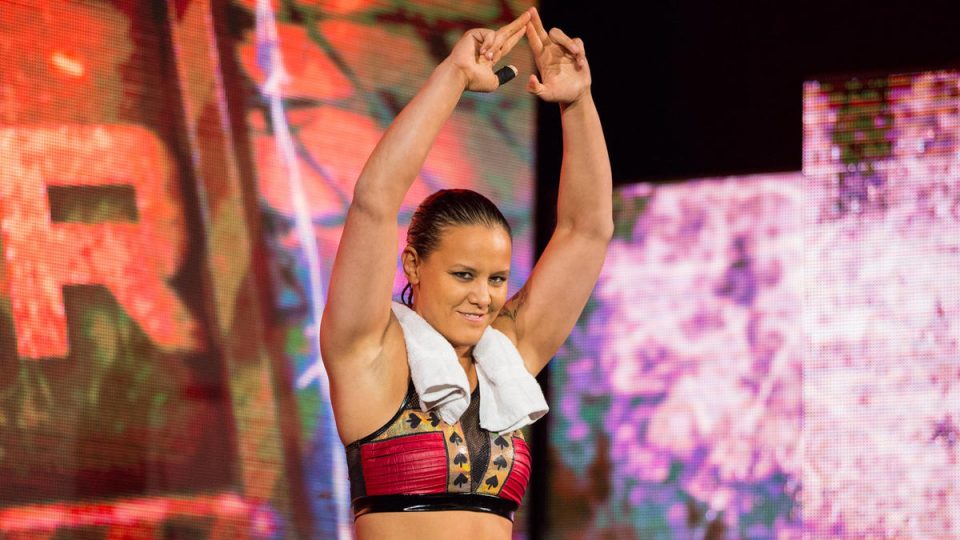 The culmination of WrestleMania 36 also coincided with the culmination of Baszler’s main roster “push” because although she became a two-time Women’s Tag Team Champion, she was always destined for bigger things.

You’ll be hard-pressed to find a more dominant champion than when Baszler was NXT Women’s Champion, so let’s hope Triple H can bring the Queen of Spades back to her glory days, starting at Clash at the Castle when she faces off against SmackDown Women’s Champion, Liv Morgan. 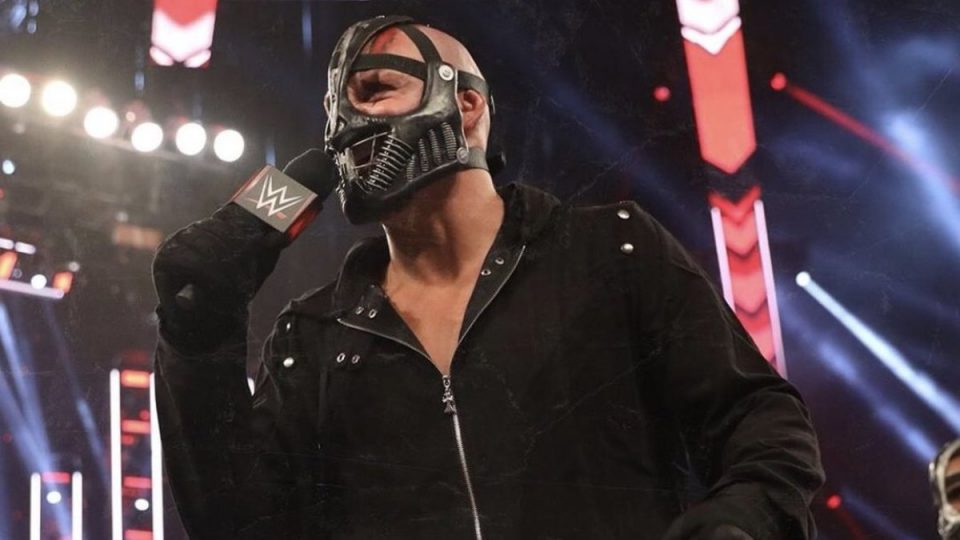 T-Bar, better known as the former Dominik Dijakovic, has arguably had the worst main roster run out of anyone on this list.

By no means was Dijakovics’ NXT run anything to write home about, but it was a solid run. Dijakovic, a tall, well-built, impressively athletic wrestler, seemingly had all the traits to be successful on the main roster; that’s if you’re not debuting as part of an awful group.

RETRIBUTION was the physical embodiment of a fever dream. A group of fantastic wrestlers being burdened with an awful gimmick. Unfortunately, Dijakovic, now known as T-Bar, fell victim to this group and has never recovered.

T-Bar has had one singles match on the main roster in 2022, which was a 40-second losing effort to Omos. With the rumours circulating that T-Bar could be getting repackaged, here’s to hoping he can return as Dominik Dijakovic and show just how good he is. 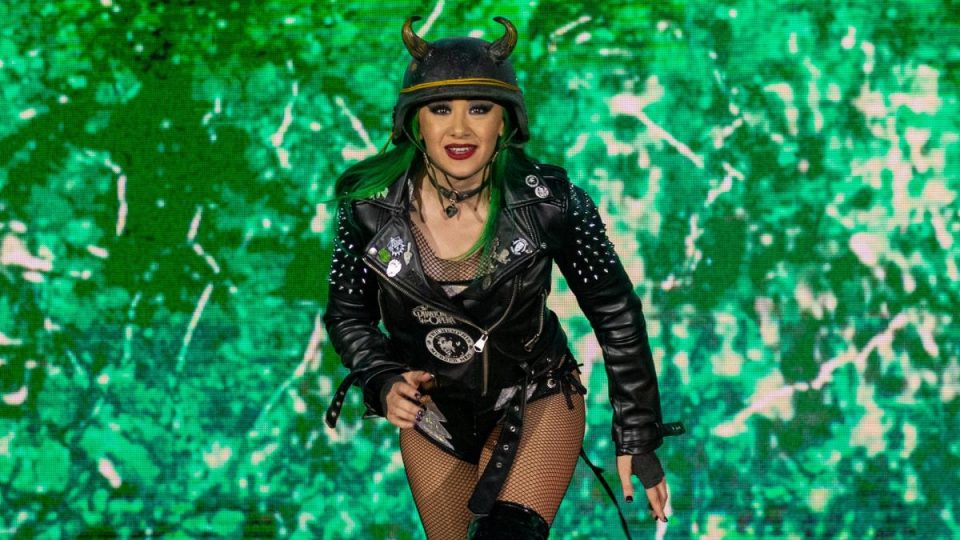 When Shotzi debuted on the main roster in 2021, fans were optimistic that she would break the trend of NXT call-ups falling by the wayside. She was likeable, a great wrestler, had a unique presentation, yet all of this wasn’t enough and, she, like many before her, disappeared into the abyss.

It looked like things would change when she turned heel by attacking Sasha Banks, but surprisingly, that led to nothing. Having wrestled a handful of times this year, it is not too late for her luck to change.

If there is one human in the world who understands how well Shotzi can connect to audiences and encapsulate them with their ability, it is Triple H.

Having already started the groundwork of re-writing history in regards to NXT call-ups, there is no reason why Shotzi won’t be one of the Superstars Hunter is keen on fixing, and hopefully, she is. 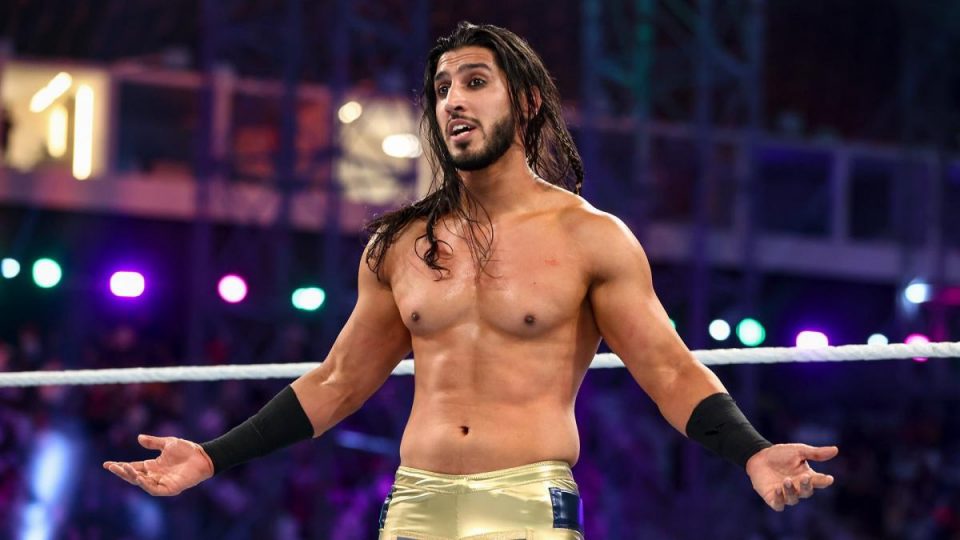 One of the most universally loved and respected wrestlers is Mustafa Ali, and you will struggle to find someone who has as much backing in the WWE Universe as he does, with everyone wanting him to be successful.

Ali has always shown how talented he is in WWE, be it in the Cruiserweight division or during his 2019 run where he was supposed to win the Money in the Bank before… Brock Lesnar happened.

He, like Ricochet, succumbed to Vince McMahon’s ways and was thrown to the side the second he saw something he didn’t like. He never recovered and consequently asked for his release. However, having this request rejected could be the best thing to happen to him, in hindsight.

Given that there aren’t as many impulsive decision-makers in the company anymore and that Triple H is at the creative helm, Ali should hopefully be able to forge a long, successful run for himself if given the opportunity. 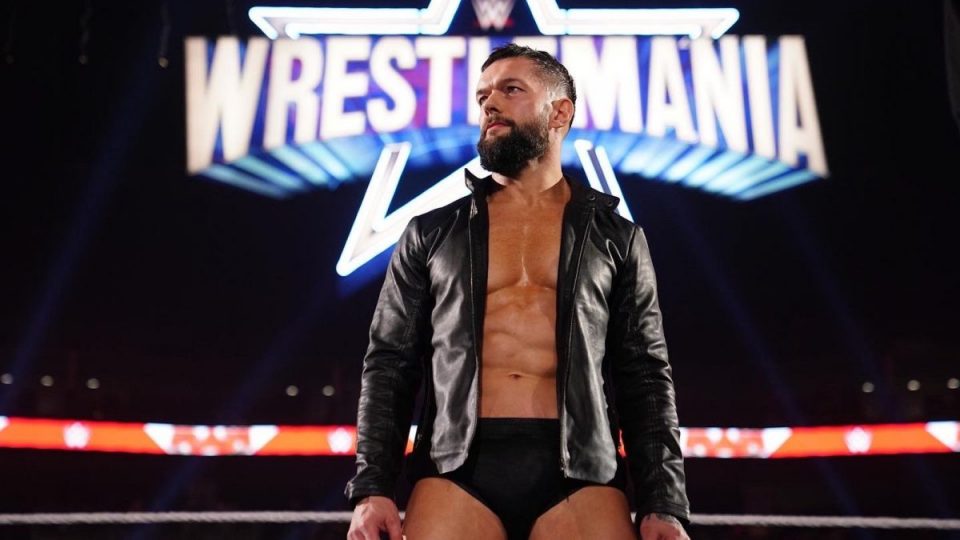 If you were to look at Finn Balor’s WWE CV, you would assume that he has had a more than successful run in WWE. Although it could be argued that he has, for the level of talent that Balor possesses, he has been criminally underutilised.

Balor was destined for great things when he was crowned the first-ever WWE Universal Champion, but an unfortunate shoulder injury on the same night marked the end of upper-card Balor.

WWE gave him a ceiling of mid-card and never really looked past the unfortunate SummerSlam injury in 2016. Even though Balor had an incredibly fruitful run as NXT Champion in 2020, his return to the main roster was the same as previously; underwhelming.

Now the leader of The Judgment Day, Finn finds himself as a heel, a position in which he does his best work. Having worked as a heel under The Cerebral Assassin before, we can only hope he can reach the upper card again and have the real WWE Championship run he’s always deserved.