With the news that Omos will be making his WWE in-ring debut when he teams with AJ Styles to challenge The New Day for the RAW Tag Team Championship on Night 1 of WrestleMania 37, let’s take a look back at ten other stars who kickstarted their careers at WrestleMania! 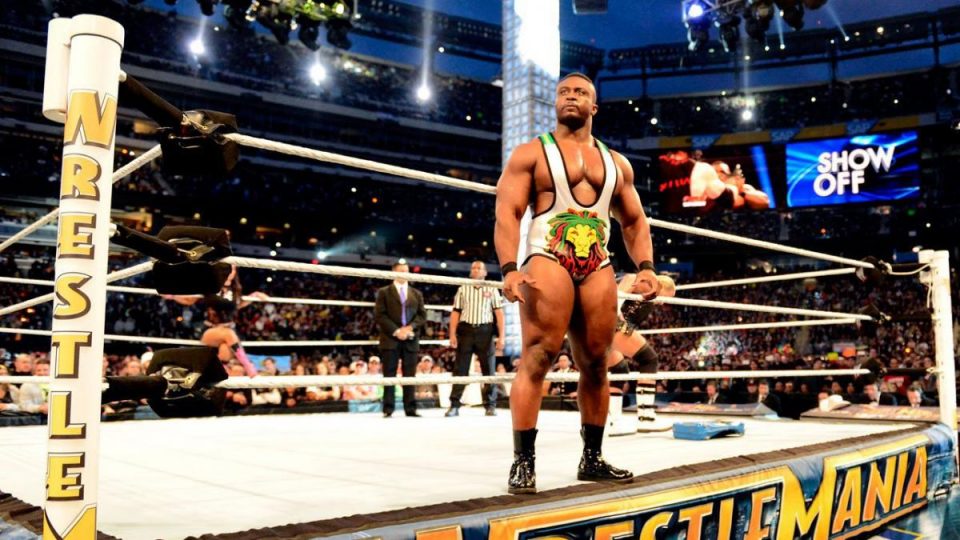 The current Intercontinental Champion is set to defend his title against former friend Apollo Crews on April 11th but Big E is all too familiar with the bright lights of WrestleMania, having made his in-ring debut at the 29th edition of the event!

In December 2012, the former NXT Champion made his first appearance on the main roster when he attacked John Cena and subsequently aligned with Dolph Ziggler and AJ Lee. Over the next few months, the man then known as Big E Langston would support his ally from the sidelines before finally stepping inside the ropes at WrestleMania 29 – where he and Ziggler unsuccessfully challenged Kane and Daniel Bryan for the WWE Tag Team Championship.

Ziggler would turn on Langston later that year, with the latter going on to become an eight-time tag team champion as part of The New Day. Most recently moving to singles action after being separated from Kingston and Woods in the 2020 WWE Draft, Big E captured the Intercontinental Championship from Sami Zayn on the Christmas Day edition of SmackDown. 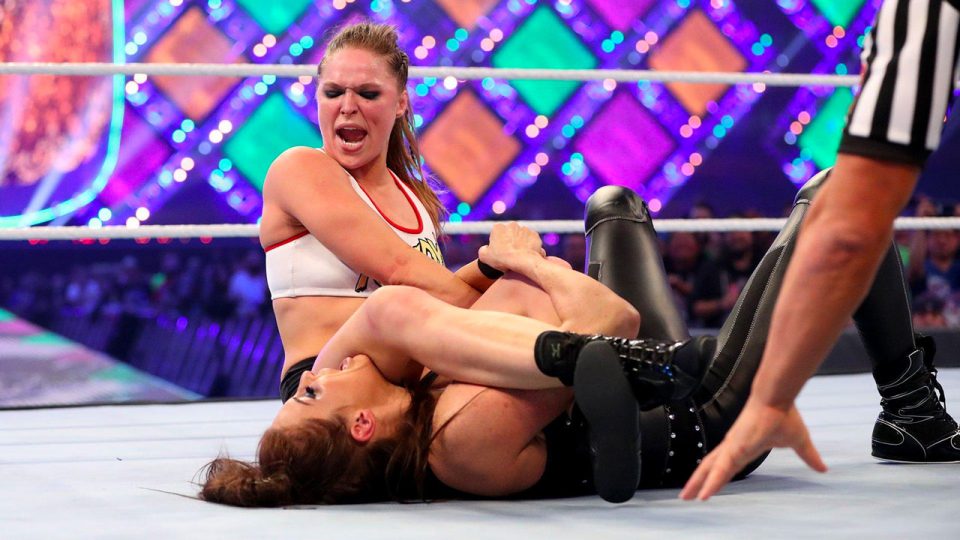 Arguably one of the biggest names to sign with WWE in the company’s history, it was almost inevitable that WrestleMania would play host to the debut of Ronda Rousey!

Three years after confronting Triple H and Stephanie McMahon at WrestleMania 31, ‘The Baddest Woman On The Planet’ faced the couple in her first-ever wrestling match at WrestleMania 34! Teaming with Kurt Angle, Rousey eclipsed even the boldest of expectations – hitting impressive judo throws, clotheslines and strikes on both Stephanie and Triple H. She would even pick up the win, locking in her signature armbar on McMahon for a near-instant submission win.

Rousey’s momentum continued well beyond her debut, picking up the RAW Women’s Championship from Alexa Bliss in only her fourth televised match and going on to successfully defend it against the likes of Nikki Bella, Charlotte Flair and Sasha Banks. After an astonishing 231 days, she would finally lose the title to Becky Lynch at WrestleMania 35 and has since been on hiatus. 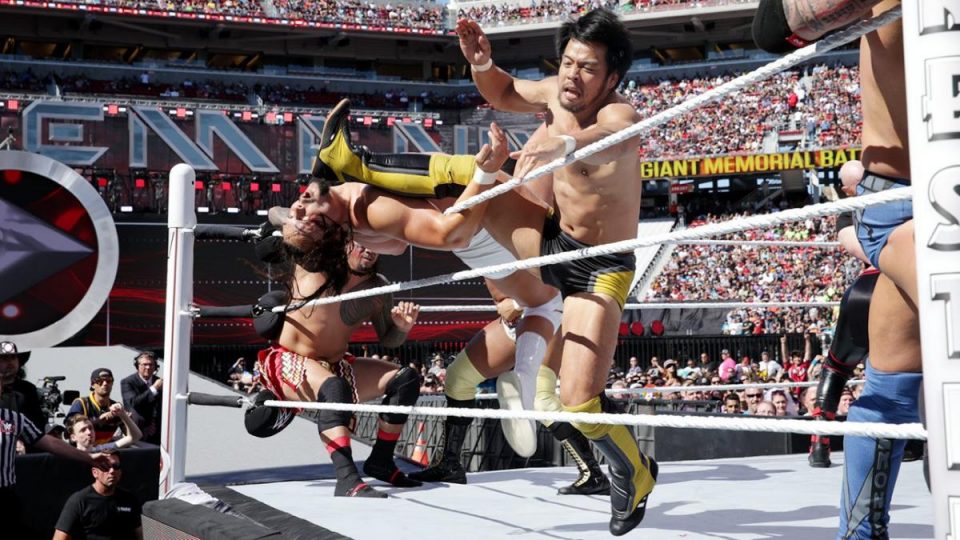 Hideo Itami never seemed to hit his stride following a shoulder injury that kept him out of action for over a year, though he did manage to make his mark on ‘The Showcase Of The Immortals’ during his short tenure in WWE.

Competing in the second-ever Andre The Giant Memorial Battle Royal at WrestleMania 31, the then-NXT star put on an impressive display. Along with most of the match’s competitors, the former GHC Heavyweight Champion eliminated Curtis Axel before single-handidly eliminating Bo Dallas who had been doing a victory lap around the ring after eliminating Zack Ryder. Itami’s success was short-lived, however, as he was quickly eliminated by The Big Show.

Despite his success outside of WWE, this would be Itami’s one and only WrestleMania appearance. After a few sporadic runs in NXT and 205 Live following his lengthy injury, the NXT original would be granted his release in January 2019. He has since returned to his former name KENTA and become a major player in NJPW, having also appeared twice in AEW. 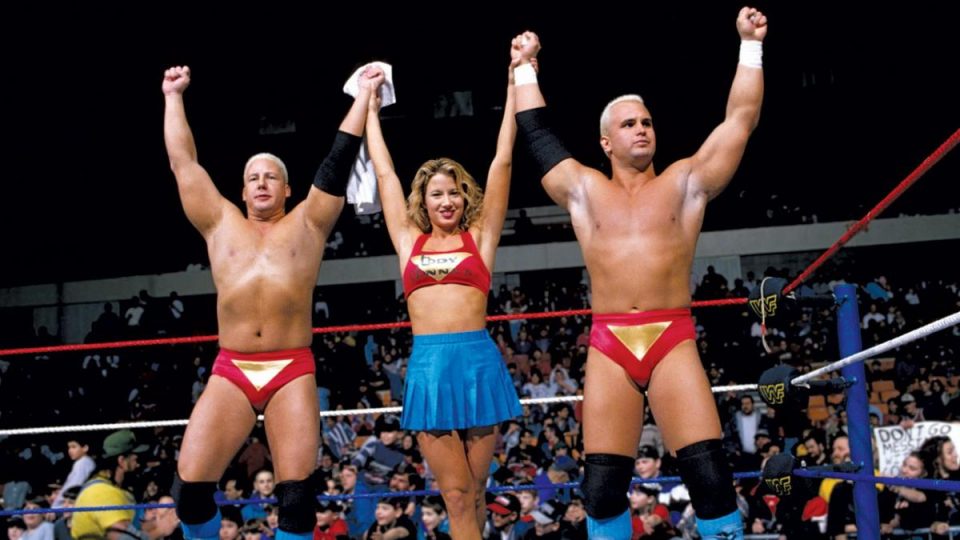 Whilst Sunny’s more memorable moments were far from the spectacle that is WrestleMania, the WWE Hall of Famer did in fact make her one and only in-ring appearance for the company on ‘The Grandest Stage Of Them All’!

Well after her main run between 1995 and 1998, Sunny made several sporadic appearances for the company – most notably in 2009 when she returned to compete at WrestleMania XXV! Contending with the likes of Mickie James, Nikki Bella, Molly Holly and Natalya, Sunny participated in the Miss WrestleMania Battle Royal which was eventually won by Santino Marella – under the guise of Santina Marella.

During her more well-known time in WWE, Sunny would manage the likes of The Smoking Gunns, Legion of Doom 2000 and Faarooq Asaad, winning the accolade of Pro Wrestling Illustrated’s Manager of the Year award for 1996 as well as becoming that year’s most downloaded woman on AOL. The New Jersey native was eventually released in 1998 but returned in 2011 to be inducted into the WWE Hall of Fame by the entire Divas division at the time. 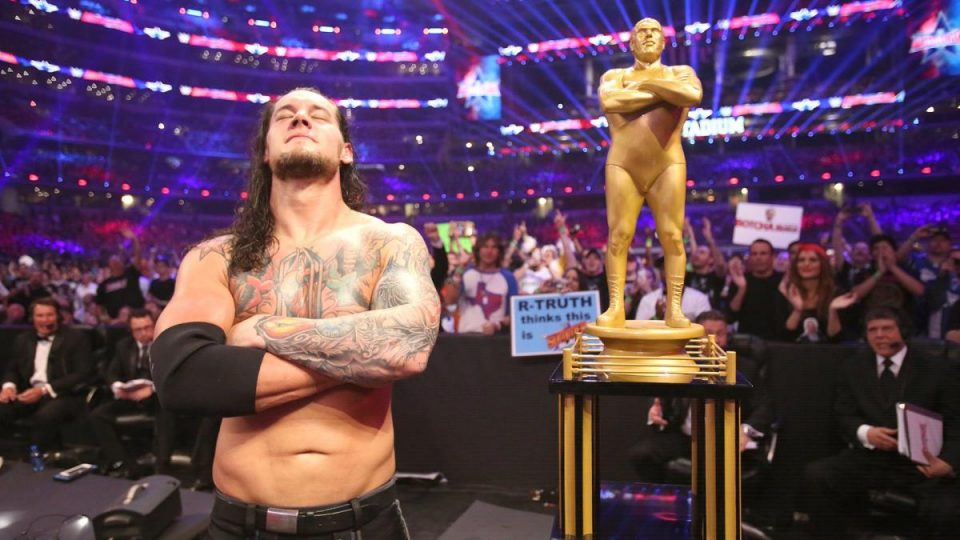 The now-King Of The Ring has a surprisingly strong track record at WrestleMania, having beaten Kurt Angle in his retirement match at the 35th edition of the show. But it was all kickstarted by his main roster debut at the event just three years prior!

In the latter half of WrestleMania 32, King Corbin made a surprising entry into the Andre The Giant Memorial Battle Royal and stunned fans by picking up the win in his first match outside the black and gold brand! Beating out such stars as The Big Show, Diamond Dallas Page and Shaquille O’Neal, the former NFL offensive lineman last eliminated Kane to become the third recipient of the Andre The Giant Memorial Trophy.

Since then, Corbin has continued to ride a strong wave of momentum by becoming Mr. Money In The Bank and United States Champion in 2017 as well as an authority figure on RAW across 2018 and 2019. Currently maintaining his king status, the 36-year-old is set to compete in the Andre The Giant Memorial Battle Royal on the WrestleMania Special edition of SmackDown! 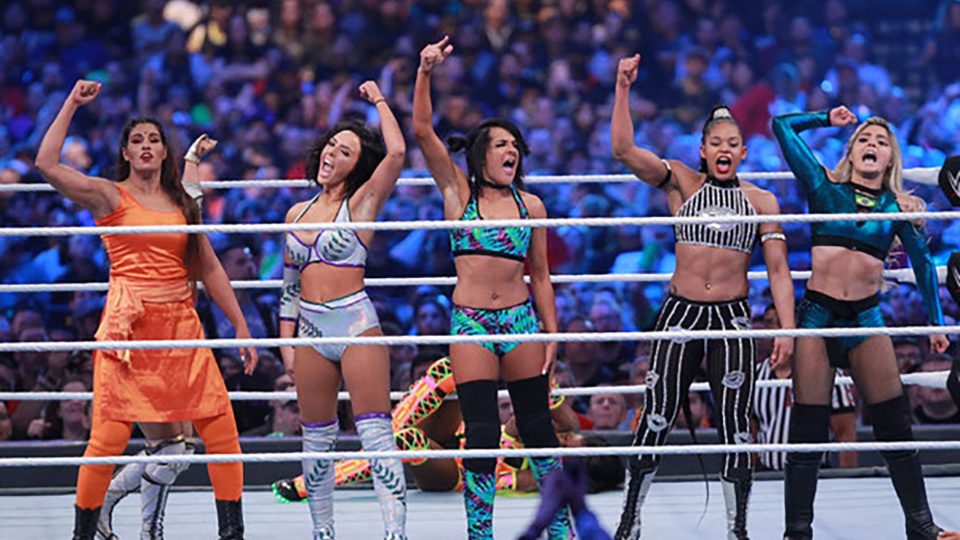 Like Hideo Itami, Taynara Conti is another former NXT star who never seemed to get the ball properly rolling. Thankfully, also like Itami, she got to appear on ‘The Grandest Stage Of Them All’ once during her four-year tenure with the company.

Alongside Kavita Devi, Peyton Royce, Dakota Kai and Bianca Belair, the Brazilian Jiujiteiro represented NXT in the first-ever WrestleMania Women’s Battle Royal on the pre-show of WrestleMania 34. Conti managed to eliminate Sonya Deville early on after taking her down with her Tayogoshi judo slam and outlasted half of the match’s competitors, being eliminated 10th by all three members of The Riott Squad.

Sadly, this would the judoka’s only main roster appearance before being released by WWE as part of the mass talent exodus of April 2020. In September, the now-Tay Conti signed with All Elite Wrestling where she’s since strived in both singles and tag team action – most notably challenging Serena Deeb for the NWA Women’s World Championship at AEW New Year’s Smash Night 2. 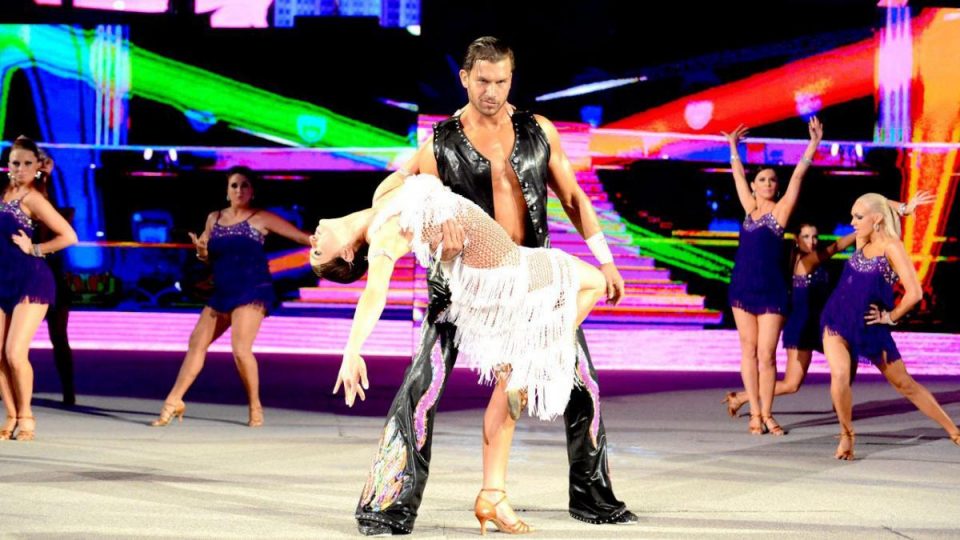 Whilst Fandango can now be found as a major player in NXT’s tag team division as one half of Breezango, newer fans might be surprised to discover the character’s origins began on The Grandest Stage Of Them All!

Perhaps the most infamous debut at WrestleMania in recent memory, Fandango defeated former world champion Chris Jericho in his first-ever match on the main roster. A mostly one-sided affair that saw Jericho dominate throughout, the now-one time NXT Tag Team Champion picked up the upset win via a roll-up after Jericho tripped whilst attempting to lock in the Walls of Jericho.

This, however, would be Fandango’s only WrestleMania singles match. Though he did appear on the subsequent four WrestleManias, the ballroom dancer unsuccessfully competed in each event’s Andre The Giant Memorial Battle Royal. A left labrum tear in his shoulder in mid-2018 would keep him out of action for over a year before making his return to NXT to rejoin his long-time tag team partner Tyler Breeze. 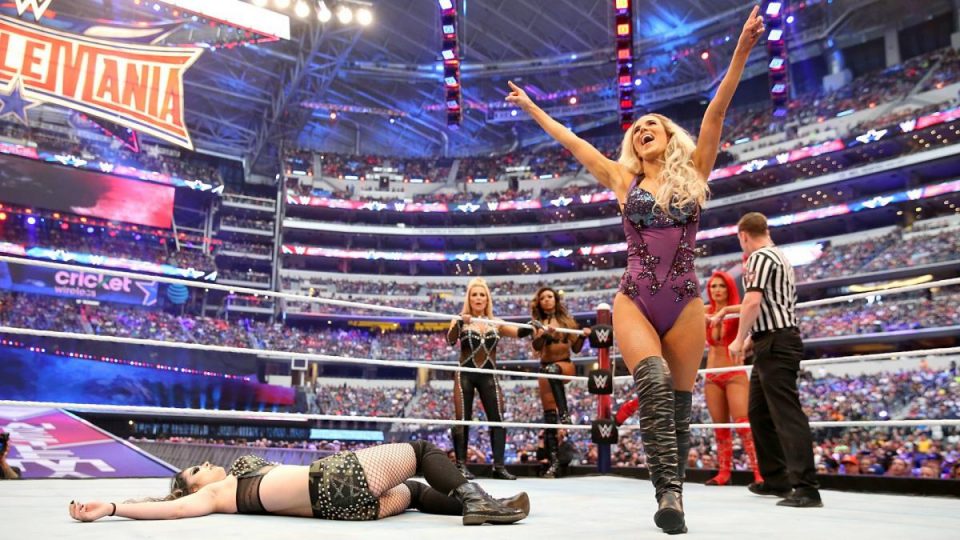 Despite being introduced to fans all the way back in 2013 as Rusev’s manager, Lana wouldn’t step inside the ropes until three years later – though her debut was aided by taking place at WrestleMania!

After weeks of feuding with Brie Bella, Lana made her WWE in-ring debut on the pre-show of WrestleMania 32. Teaming with Naomi, Tamina, Summer Rae and Emma as Team B.A.D & Blonde, the ‘Ravishing Russian’ would face Brie Bella, Natalya, Alicia Fox, Eva Marie and Paige (collectively known as Team Total Divas) in a losing effort – after Bella caused Naomi to tap out to the Yes Lock.

From there on, Lana would split her time between continuing her managerial duties as well as being an occasional in-ring performer. Acting as Rusev Day’s spokesperson before moving on to Bobby Lashley, Lana wouldn’t appear at a WrestleMania again until WrestleMania 35 where she’d unsuccessfully compete in the second WrestleMania Women’s Battle Royal – being eliminated by Sarah Logan. 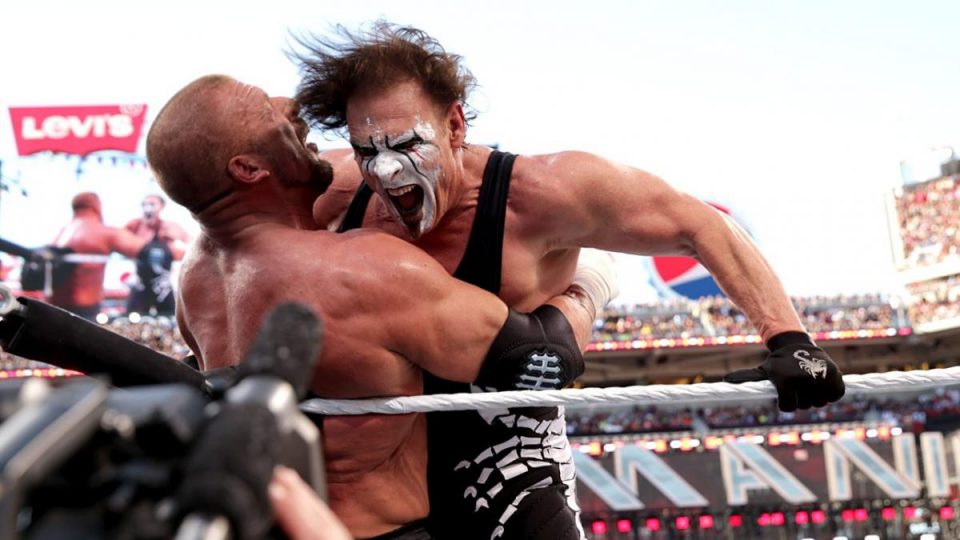 ‘The Icon’ is by far the most experienced out of everyone on the list and yet is also tied for the least WrestleMania appearances – having made his WWE debut on ‘The Grandest Stage of Them All’!

After first appearing at the 2014 Survivor Series pay-per-view, the WCW legend became embroiled in a feud with then-Authority leader Triple HHH with the two eventually facing off at WrestleMania 31! Faction warfare broke out during their clash when D-Generation X’s Road Dogg, Billy Gunn and X-Pac came out to assist their former leader, leading Hulk Hogan, Scott Hall and Kevin Nash of the nWo to counter-attack. Despite the even odds for Sting, however, ‘The Game’ triumphed!

‘The Stinger’ wrestled three matches in WWE following his WrestleMania loss, suffering a career-threatening neck injury at Night of Champions later that year before announcing his retirement in 2016 during his WWE Hall of Fame induction. This would only be temporary, however, with Sting most recently signing with All Elite Wrestling in December 2020 and winning his first match in over half a decade at AEW Revolution 2021. 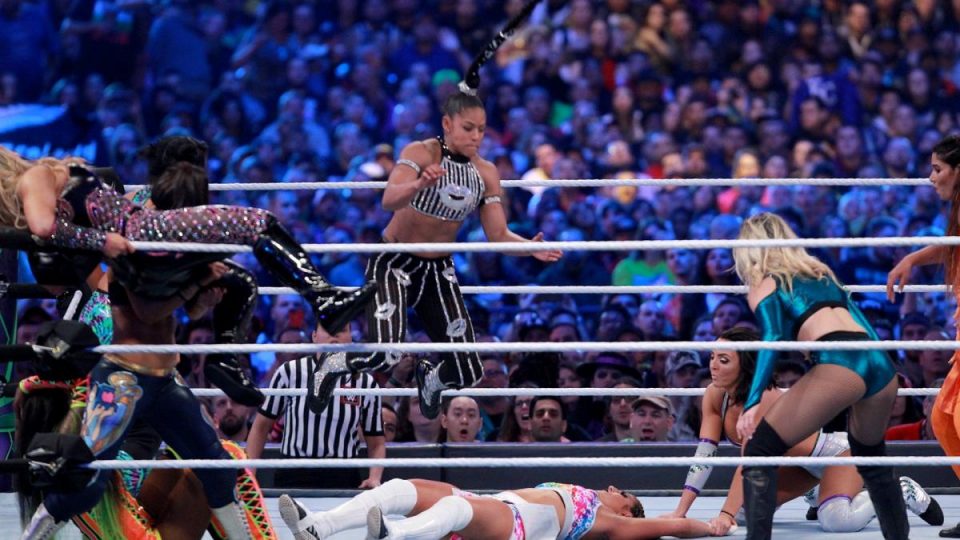 The 2021 Women’s Royal Rumble winner faces the biggest challenge of her career when she challenges Sasha Banks for the SmackDown Women’s Championship but doing so at WrestleMania won’t add any extra pressure for Bianca Belair!

Like the aforementioned Taynara Conti, ‘The EST of WWE’ competed in the first-ever WrestleMania Women’s Battle Royal on the pre-show of WrestleMania 34 where she and four other NXT stars represented the black and gold brand. The Tennessee-native eliminated Sonya Deville alongside Conti after hitting a 450 Splash but was eliminated herself shortly after, courtesy of a springboard thrust kick from Becky Lynch.

For her remaining two years in NXT, Belair became one of the brand’s most prominent female stars – challenging for the NXT Women’s Championship three times across various TakeOver events. The 31-year-old moved to RAW in April 2020 after making a surprise appearance at WrestleMania 36 before being drafted to SmackDown as part of the WWE Draft that October.