The Royal Rumble is right around the corner and as per usual looks to play host to several shocking debuts and returns.

The first big shock of the year came in the form of Jackass star Johnny Knoxville declaring himself as the first participant in the men’s Rumble match. He later qualified by throwing Sami Zayn over the top rope on SmackDown.

WWE then announced several huge surprises for the women’s Royal Rumble match. Hall of Famers and WWE legends such as Lita, The Bella Twins, and current Knockouts Champion Mickie James all shocked the wrestling world with their involvement.

Here are our 10 shocking WWE debuts and returns we could see in the Royal Rumble.

WWE Hall Of Famer Rob Van Dam although not officially retired he is not as active as he once was. However, the Whole F’n Show recently discussed the possibility of returning to the wrestling ring on a big stage saying that “it’s very possible” and what better place to make his comeback than at the Rumble.

Van Dam spoke exclusively to Kenny McIntosh for issue 14 of Inside The Ropes magazine. During their discussion, RVD discussed the possibility of returning to WWE:

“There are no plans to share with you. I don’t know if you will see me in a WWE ring, or any other ring. I still wrestle sometimes, it’s not something I am looking to do. There isn’t much that I am looking or trying to do. I stay more busy than I want to be—I’ve been saying that for years—I have my hands in a million different pies and I have some good partners, I have some good things going on.”

No stranger to making surprise returns RVD made a shocking comeback to WWE at 2009’s Royal Rumble. However, it was only a one-time appearance and he wouldn’t return fully for another three years.

Could the former WWE Champion make another shocking return at this year’s Rumble? We hope so!

Lacey Evans is a name who could very well make her return in the upcoming women’s Royal Rumble match. The Sassy Southern Belle has been off WWE television since February after she announced her pregnancy.

Evans was involved in a storyline with Charlotte and Ric Flair during that time. It was also heavily rumoured she was on track to defeat Asuka for the RAW Women’s Championship and go on to face The Queen for the title at WrestleMania 37.

Evans gave birth to her second child in October and has since shown she training for her in-ring comeback. Even more recently Evans teased her return to WWE so a comeback at Royal Rumble is certainly not out of the question. 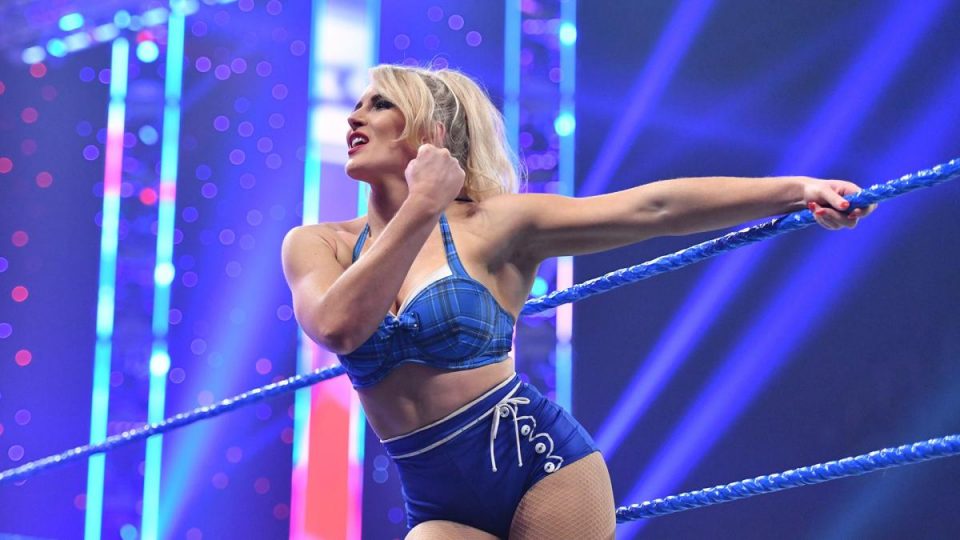 WWE commentator Corey Graves would be a massive surprise entrant in the Royal Rumble and recently he has expressed his desire to return to in-ring action.

Graves took his place on the headset in 2015 after he was forced to retire from wrestling action due to concussion issues. Despite his official inactivity as a WWE Superstar, Graves won the 24/7 Championship when he took advantage of a distracted Akira Tozawa to briefly become champion. However, his reign was short-lived however as fellow announcer Byron Saxton soon rolled Graves up to win the title himself.

The title win seemed to have awakened the fighting spirit within the former NXT Tag Team Champion who took to social media to indicate his desire to return to wrestling:

Since then Graves expressed further need to get back into the thick of things at the Rumble by tweeting his interest in joining Jackass star Johnny Knoxville.

Big Mami Cool has outgrown NXT and looks likely to make her main roster debut soon and the former NXT Women’s Champion would make a huge impact at the Royal Rumble.

Gonzalez possesses a unique look and presence, which is geared toward main roster success. RAW and SmackDown in particular is in need of some new blood and the powerhouse would certainly make waves upon her inevitable call up from NXT 2.0.

Speaking to Fightful ahead of last year’s NXT WarGames, Gonzalez discussed the possibility of appearing at the Royal Rumble:

“I’m always excited for the possibilities of being a part of the Rumble, being part of WrestleMania, especially with Mania being in Texas. It’s just something that I’ve always dreamed of; being part of the big stage. I’m excited to see what happens next month, but for right now, I’m focusing on WarGames and Dakota Kai and Mandy Rose.”

Now that Gonzalez is done with her two enemies but has no title to show for it, she could be looking to make a statement on the main roster starting at the Royal Rumble. 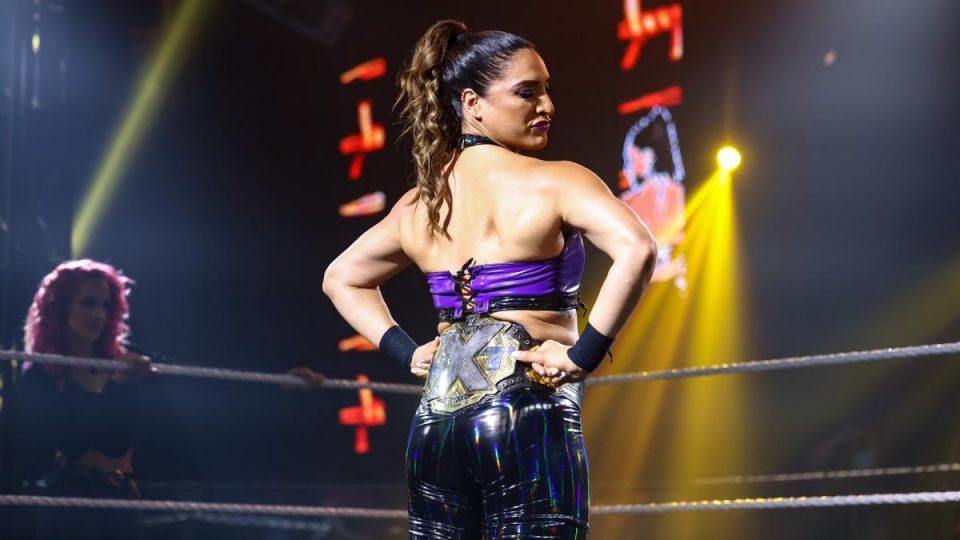 Since his shocking release from the company last year Braun Strowman is yet to sign for another wrestling company. In fact, despite speculation, he would turn up in IMPACT, AEW or even return to WWE his only noteworthy appearance so far was at Ring of Honor’s Final Battle.

Not long after his departure from WWE, the Wrestling Observer’s Dave Meltzer wrote there was interest in the company resigning the Monster Among Men:

“There is interest in bringing Strowman back especially after recent AEW signings (of CM Punk and Bryan Danielson).”

Strowman is a product of WWE through and through. The former Strongman competitor signed with the promotion in 2013 and rose through the ranks quickly due to his size and intimidating presence. By 2015 he was feuding Roman Reigns and continued to do so throughout the rest of his WWE career.

He is the result of a developmental programme WWE is implementing with the revamped NXT 2.0. Therefore could the former Universal Champion make a surprise return at this year’s Rumble? It is certainly a strong possibility.

The new NXT Champion has made big waves since debuting on the revamped brand. It is clear those in charge have huge plans for the son of Rick Steiner as he is already being touted for matches against Brock Lesnar and Roman Reigns in the near future.

Although in the infancy of his professional wrestling career he has shown an incredible amount of promise and potential. He is the personification of NXT 2.0. He is young, loud and literally destroyed the black and gold brand.

He is everything WWE management wants from the developmental brand and future WrestleMania main-eventer. Since Lesnar won the WWE Championship at Day 1 at Title vs Title match against Reigns has been heavily speculated.

Could WWE go full throttle with the Breakker experiment add him to the Rumble, have him win it and book a Title vs Title vs Title match in Texas? It may be far-fetched but we certainly wouldn’t put it past them plus it would make for an awesome moment.

Speculation surrounding the Austrian giant’s move to the main roster has been doing the rounds for some time now and what way to make an impact deserving of his presence than to storm the Rumble.

WALTER is an incredible specimen who bring nothing but utter and glorious destruction to all. His debut would put the entire main roster on notice and certainly shake up the scene.

Recently the former NXT UK Champion revealed he was departing the British brand and heading stateside. In a clip aired on the first 2022 edition of NXT UK, WALTER confirmed his match against Nathan Frazer will be his last stand.

“Ever since I arrived in NXT UK it was January 2019, I dominated this brand. I preached what’s important to me, Marcel and Fabian, the mat is sacred to us. And for a historic title reign of 870 days, I brought back glory, respect and dignity to this sport. But now the time has come, it’s my last match in NXT UK. At least for now.

WALTER appeared on NXT 2.0 alongside his Imperium stablemates at New Year’s Evil seemingly signalling his arrival on the revamped brand. However, his presence on the main roster would bear a lot more fruit for all involved and it could easily begin at the Royal Rumble.

The former RAW and SmackDown Women’s Champion, Asuka has been absent from WWE television for six months. Her last in-ring appearance took place at last year’s Money in the Bank meaning the Empress of Tomorrow would make an excellent surprise return.

She was the first woman to win the historic 2018 women’s Rumble, which surprisingly is her only participation in that type of match. In the years that followed she either defended or challenged for a title.

Could Asuka make an epic comeback and become the first-ever two-time winner of the women’s Royal Rumble? We sure hope so. 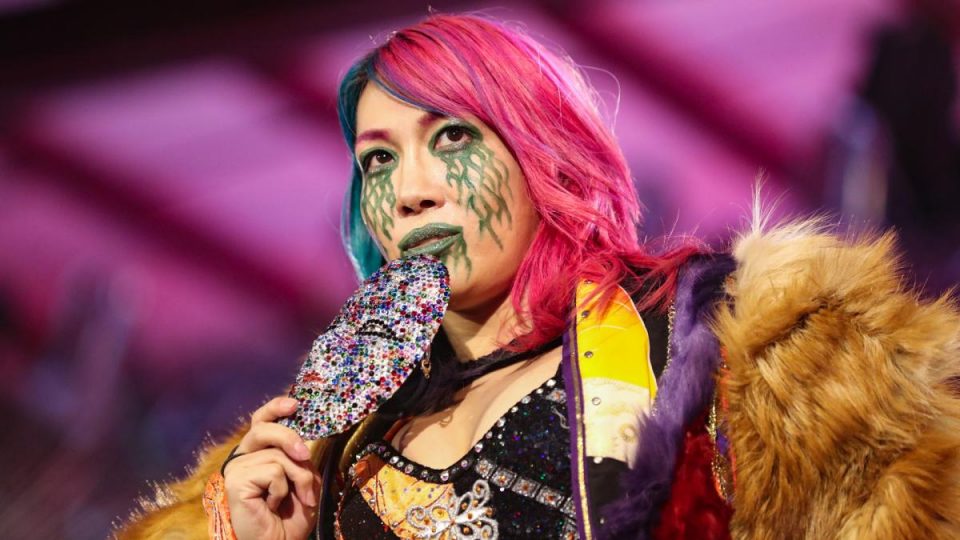 The former NWO and Degeneration-X member is in a prime position to make an appearance at this year’s Rumble. The WWE Hall of Famer recently revealed he was cleared for competition.

Waltman last competed in a wrestling ring at the WrestleCon Mark Hitchcock Memorial SuperShow in 2019 where he teamed with Hurricane Helms and Jushin Thunder Liger against Revolt!

Last year he underwent knee surgery and during an appearance on WWE’s The Bump, Waltman revealed he was cleared for action:

“It’s going great. My surgeon gave me the go-ahead. I just got the green light to get back in the ring. I’m just gonna get into better and better shape. I’ll be ring-ready beginning of next year, in case my phone rings.”

Furthermore the two-time WWE Hall of Famer discussed a potential return at the Rumble on his podcast Pro Wrestling 4 Life stating that he hopes to be ready this month in case a return to WWE is on the cards:

In August, she set the wrestling fans buzzing when taking to Twitter to announce she wasn’t done. She then doubled down on Twitch further stating:

“I’m not f***ing done, I’m not done yet. This is going to be my comeback story. I’m inspired. I’m so inspired by the people coming back to wrestling and the more I think about it, I’m like, ‘Okay, mentally, I’m ready to go.’ I’m going to start working around, getting in the ring a little bit. Maybe. We’ll see.

Even if it takes me a year. One step at a time, build to it, that’s exactly what I’m doing. There’s a whole journey and it’s going to take some time.”

Paige last wrestled in 2018 before being forced into retirement due to a succession of neck injuries. Since her retirement, she became SmackDown GM and a panel member on WWE Backstage on Fox!

Earlier this month the much-loved WWE Superstar took to social media to react to the plethora of surprises announced for the Women’s Royal Rumble match adding further fuel to the fires of speculation.

If Paige were to make an in-ring comeback starting at the Rumble it would be an epic moment and one to rival Edge’s memorable return in 2020.

I tell ya what though, it does feel fucking awesome to see so many people even after 4 years, miss me wrestling. ❤️ pic.twitter.com/IDtlbPlsfn

Find out everything you need to know about the Royal Rumble here.