Trick Or Treat! While musing about what to go as this Halloween, here are some spooky hooded wrestlers to help provide some inspiration!

Masks in wrestling can be used for a lot of reasons. They can conceal one’s identity and maintain mystique, such as the Lucha Libre tradition.

It can help elevate one’s entrance attire, as they make their way to the ring spectacularly. Or maybe a wrestler would choose to wear a mask just because they’re ugly bugly, bless them.

But they can also intimidate and inspire fear in their opponents. Just ask any self-respecting Scooby Doo villain.

So today, as it is the spooky season, after all, we are looking at the latter. Have a browse, and see if anything inspires your creepy costumes this year! 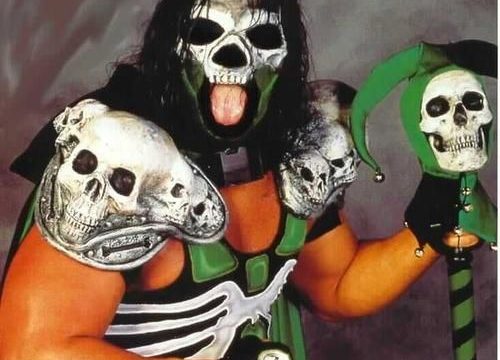 During the mid-nineties, WCW would draw inspiration from whatever was popular in pop culture at the time, including the video game sensation that was Mortal Kombat.

The violent beat-em-up would inspire characters such as the Sub Zero like Glacier, and the dubious duo Wraith and Mortis, played by Brian Clark and Chris Kanyon.

The gimmicks may not have been as over as WCW would have hoped, but one thing is for sure. The Mortis mask was super cool.

At least it was in still images, seemingly inspired as a cross between MK characters Shao Khan and Reptile, Mortis may not have been the best wrestler at the time, but he sure as heck would have made one awesome action figure. 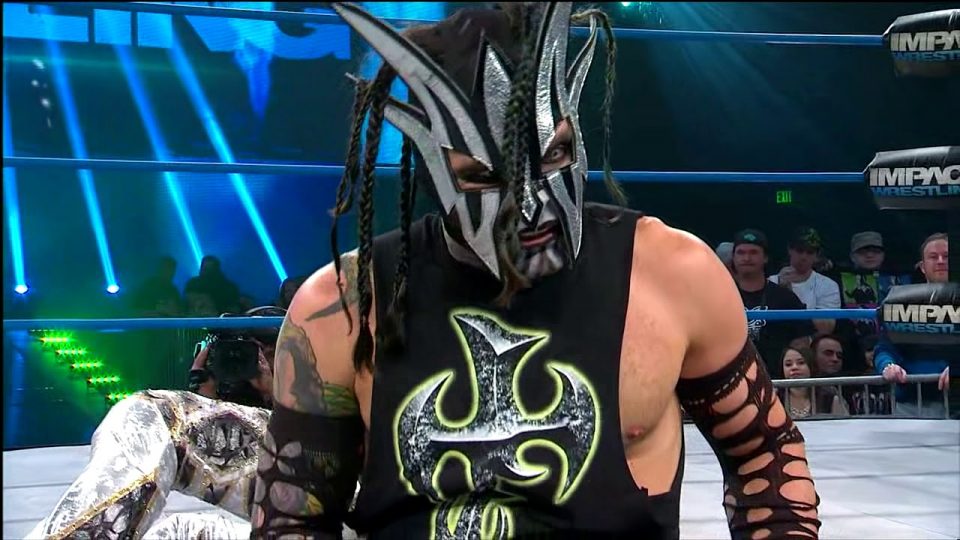 Jeff Hardy utilized his creative control to come up with some strange alter-egos whilst in TNA. His most famous of which is probably Willow.

Inspired by Jushin Thunder Liger, and based on the English folk tale of Will-o The Wisp, Willow was a concept Jeff had even before he joined the WWF back in 1996, but never really embraced the character until Impact Wrestling in 2014.

Say what you will about Willow, the man from a house in the woods is certainly original, and his looks capture that creepy gothic fairy-tale feel that Hardy was no doubt going for. 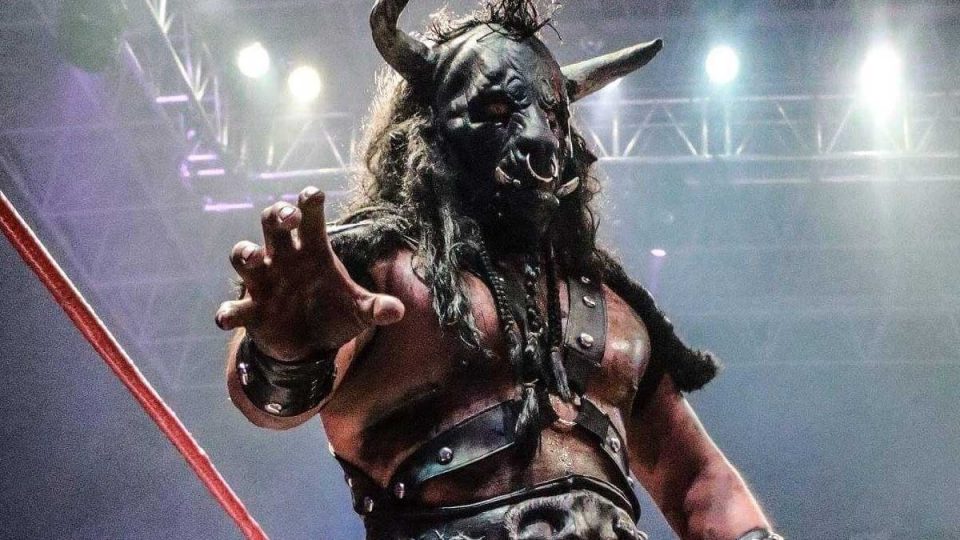 Back to the mid-nineties, one memorable goofy gimmick has to be Mantaur! Part man, part beast, poor old Mike Halac would make his way to the ring wearing a silly bull helmet.

Most people would laugh as Halac bumbled his way to the ring under the heavy headgear, but Black Taurus apparently said hold my beer.

Star of Impact! and AAA, Taurus’ real identity is kept strictly hidden, which can only help with the mystique of this frightening beast. 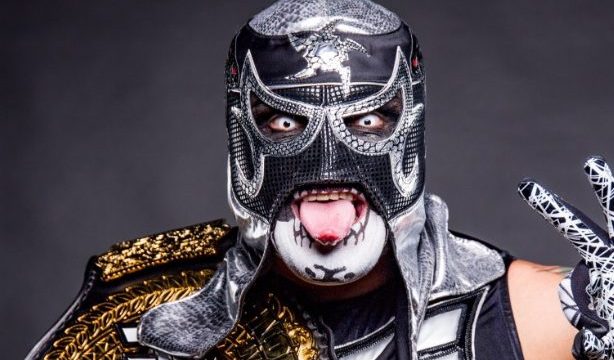 Penta El Zero has wrestled under many names, but his real alias remains a mystery.

Luckily he has won them all because Penta’s look is too awesome to get rid of.

The fact we don’t know what he looks like under the hood, with the seamless transition of the design from skull face paint and eye contacts to material means for all intents and purposes that it IS Penta’s face.

Let’s hope he never loses it! 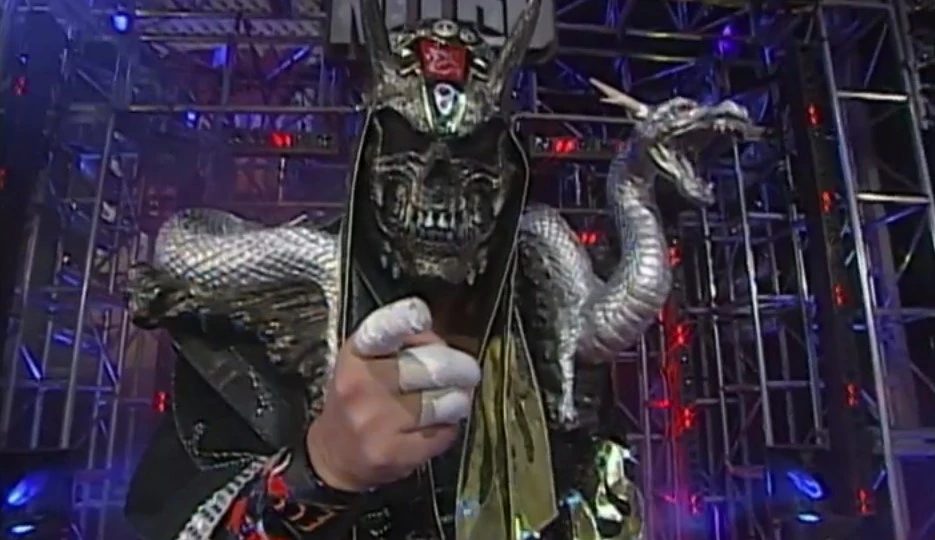 The almost retired mist-spitting Muta truly is a pioneer in the popularity of Japanese wrestling.

Spending the first part of his career in face paint, Muta would start wearing a mask in the ring during the early 00s. However, his spookiest face coverings were usually part of his entrance.

Mostly involving decaying or skull-like imagery inspired by western and eastern history, such as pirates, samurais, and native Americans.

Muta would visually put the fear of god in his opponents before blinding them with his trademark spray. 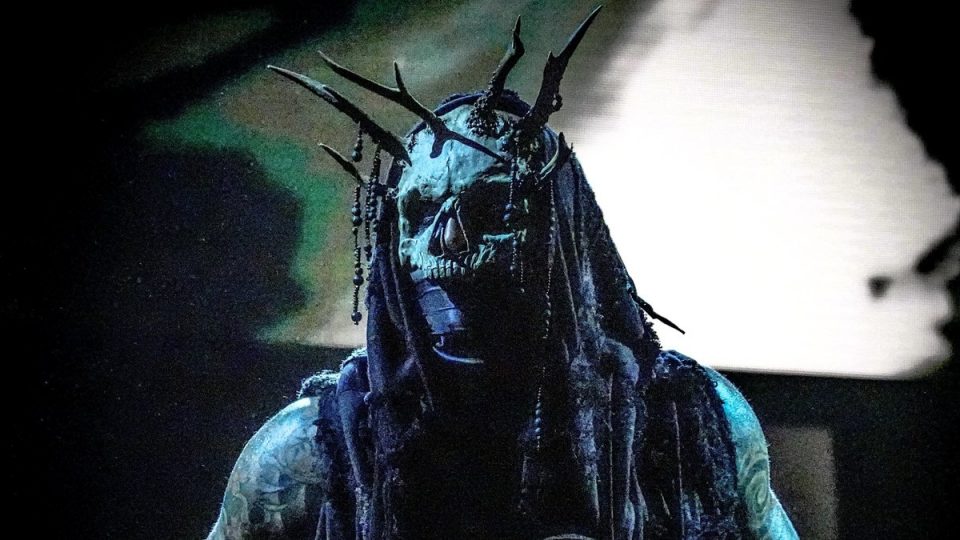 After being released by the WWE, Malakai Black made his way to AEW and with him brought a scary and super cool mask for his entrances.

Consisting of a deer-like skull with horns, Black’s look was possibly inspired by the Wendigo, a creature of Native American legend that is said to haunt the forests of Minnesota and Canada.

Either way, it’s a perfect look for Black and looks amazing during his entrances and promotional pictures.

The piece was designed by Ivan King, whose Etsy shop is well worth a visit if you’re a fan of horror masks. 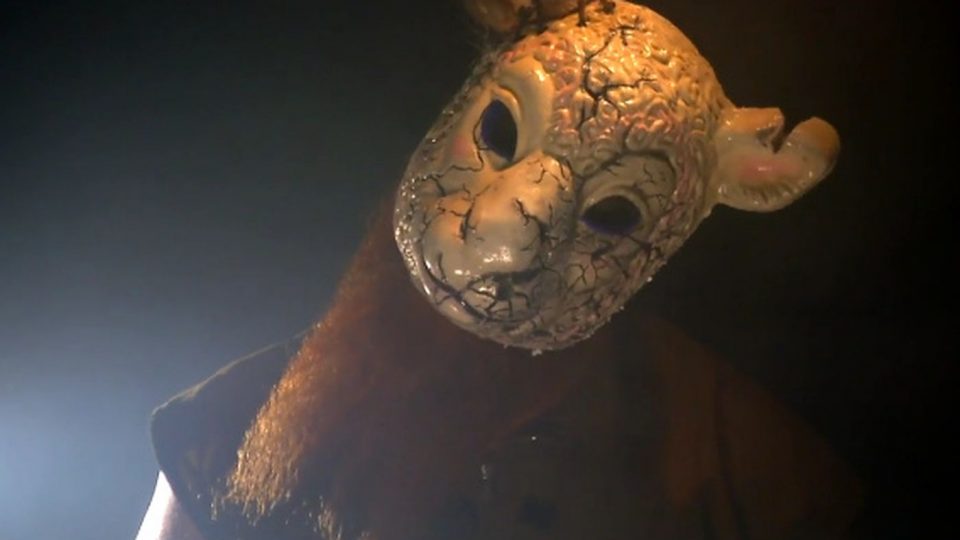 Eric Rowan’s Sheep mask was a result of a happy coincidence. While trying on costumes for the Wyatt family gimmick with William Rotunda and Brodie Lee, Rowan wanted to look different from his cohorts, and just so happened to have a sheep mask and boiler suit in the back of his car.

The mask looked great, with the obvious symbolism of the sheep following the shepherd that was Bray Wyatt, looming from behind his master in gas-lit darkness.

It was so popular that the next member of the family, Braun Strowman, was given his own black sheep mask.

After the Wyatt Family split, Rowen attached pipes and lenses to his famous guise, but in all honesty, it looked a bit much. Sometimes simplicity is the key to keeping something sinister. 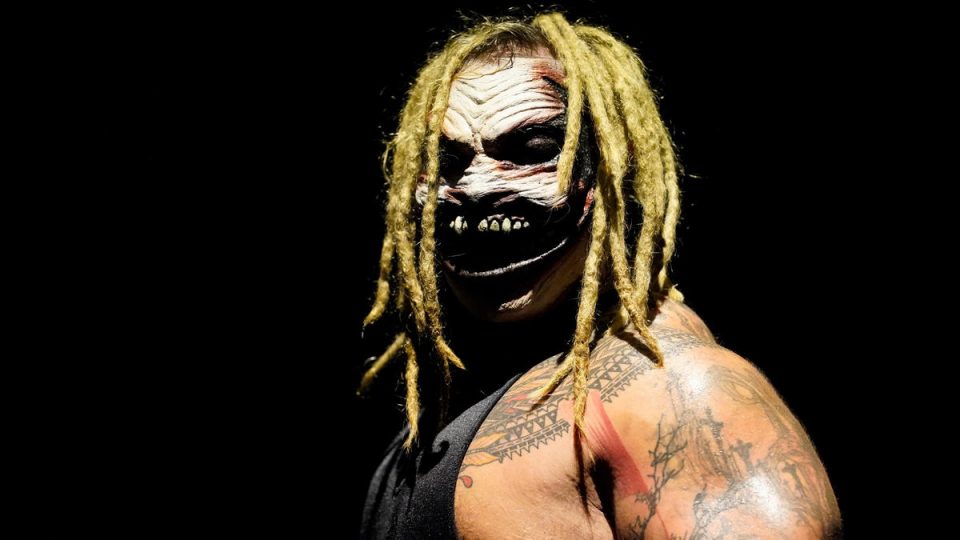 From a Wyatt follower to the Wyatt leader. In 2019, after a long hiatus, Bray Wyatt returned with a new look, that of a twisted children’s TV host.

Along with his puppet friends, Bray would host The Firefly Funhouse, with the prophecies of the incoming “Fiend” seemingly going on for weeks.

With that much hype, the look of The Fiend had a lot to live up to, and boy did it not disappoint!

Looking like the quintessential boogieman (of children’s nightmares, not the actual worm-munching superstar) Bray’s look would inspire nightmares for any youngsters watching.

The stretched face mask was perhaps inspired by DC’s New 52 version of The Joker, who had cut off his face and wore it with straps. The visage is very similar, but that’s pure speculation.

Either way, the freakish design was created by Callosum Studios, the company responsible for a lot of current WWE costumes as well as some recent horror movies, like the sinister Ethan Hawk film Black Phone.

It’s going to be fun to see what Bray and Callosum Studios have up their sleeve for the latest incarnation of this character. 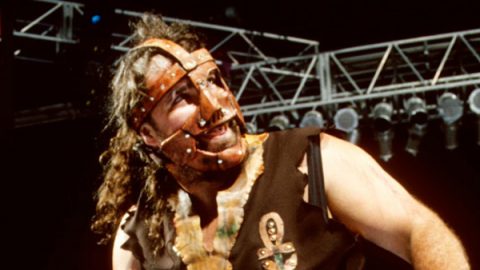 Before Mrs. Foley’s Baby Boy became a beloved hero in the WWF, the original Mankind had no time for jollity.

Cutting promos from down in the boiler room and intending to do as much masochist damage as he could to his opponents, Mankind’s mask was scary not because of what it concealed, but rather what it revealed.

Shaved hair protruding from one side, Foley’s missing right eat, but most important of all, Foley’s expressions as he cut promos on pain and torment from the darkness.

All the leather straps represented were the constrictions between the maniacal Mick and…well..the rest of mankind. 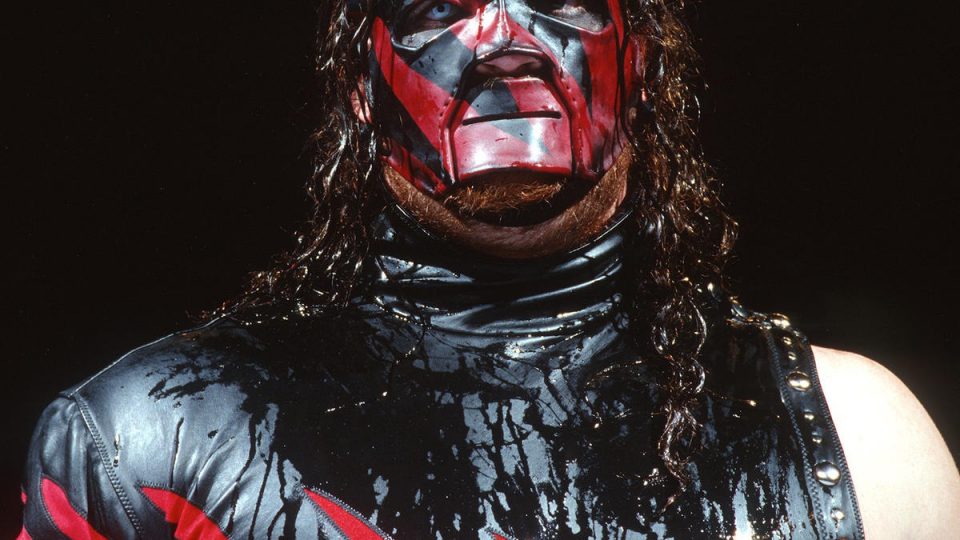 Kane’s original mask was a thing of beauty. It may have had a red and black design and furrowed brows, but the brilliance of the design was the lack of expression.

It harnessed an eerie sense of no emotion but using body movements such as a tilt of the head or a flick of the hair, one simple movement could say a thousand words.

As well as fear, it could also convey sympathy, enhanced by Kane’s horrific back story and why he wore the mask in the first place.

Designed by a New York S&M company, the hardened leather face covering was quite easy to breathe in and see out of.

The only issues Kane had was one incident where the hard edges cut him open, and the brass rings tangling in his hair whenever her attempted to pull it off.

It’s an iconic piece of wrestling attire, and one many fans look back on as their favourite era of The Big Red Machine.