Everyone is always looking for the next world champion. Especially WWE fans and the company itself. When NXT was created, it was destined to be the place where wrestlers would be developed to become future world champions after all. As we have seen in the past, some who seem surefire bets never achieve that world champion status while others rise up and shock everyone despite never being centered or seen in that light. 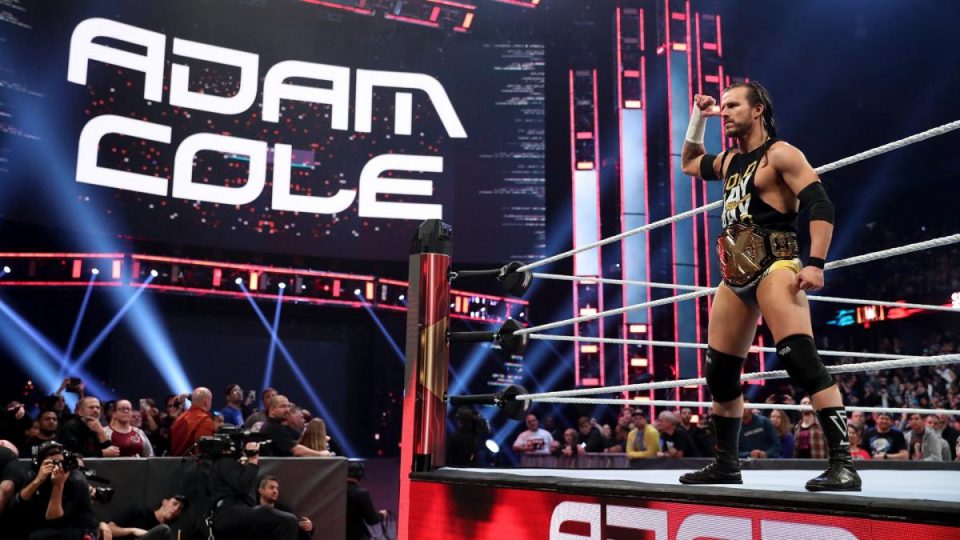 Adam Cole has essentially been the crown jewel of NXT since the moment he stepped inside the company. As the longest-reigning NXT Champion in history, Cole showed the world that he was capable of carrying gold and doing it unlike anyone else. Cole is also a former three-time ROH World Champion, showing that he can carry more than just the black and yellow brand. As one of the brand’s only triple crown champions, his star power is undeniable and when he finally gets to the main roster, he should be seen as a main event from the word go.

After all, he has already appeared on both Raw and SmackDown in his career, facing off with the best of the best in Seth Rollins and Daniel Bryan. He even pinned Bryan in the middle of the ring. If there is anyone on this list that may be a “lock,” it definitely feels as though it is Adam Cole (Bay Bay). 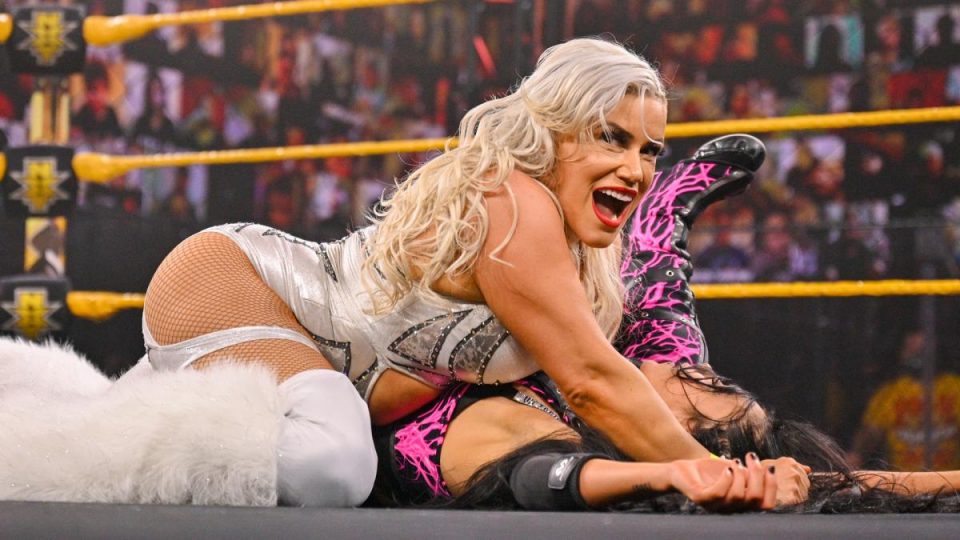 Franky Monet is the black and yellow brand’s newest superstar and we already appreciate the greatness that she is set to find and accomplish. The outspoken Monet has shown that she already has the highest of aspirations and not only that, she wants nothing but success. Considering what she has already done in her career before NXT, it’s clear she will be a world champion in WWE. Championships follow Monet.

Formerly known as Taya Valkyrie, Monet is IMPACT Wrestling’s longest-reigning Knockouts Champion in history and is also a three-time AAA Reinas de Reinas Champion. Monet is only 1-0 as of this writing in NXT, but the champions of all three brands should be shaking in their boots with Monet on the prowl and likely to become champion sooner rather than later. When she gets to Raw or SmackDown, she will be a massive addition to the roster and will become a world champion. 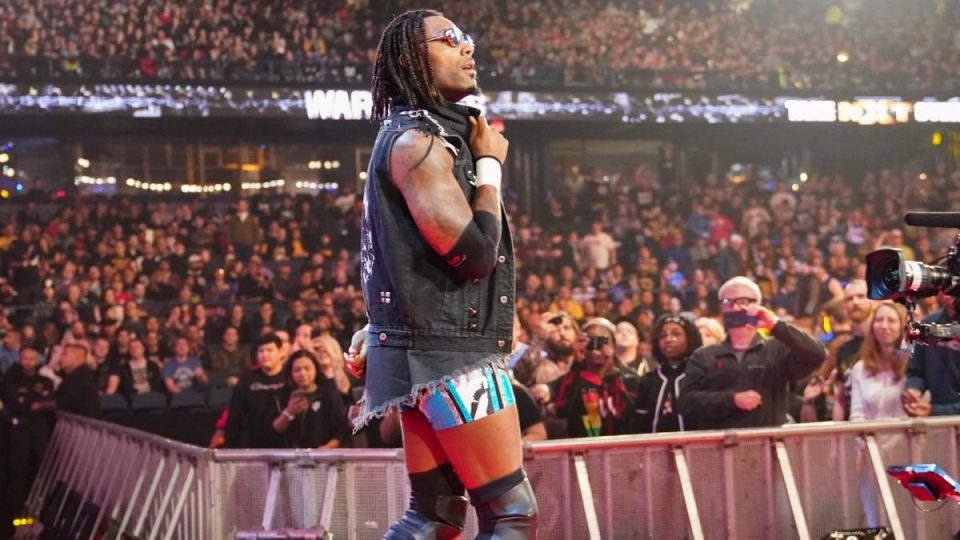 Everything about Isaiah “Swerve” Scott screams “star.” From his presence when he walks down to the ring to the moments that he brings in the audience during his matches, Scott is nothing short of one of the wrestlers with the most potential in WWE. Most recently, Scott has formed the faction Hit Row. The group has instantly become one of the real must-see aspects of NXT week after week as Scott is accompanied by B-Fab, Top Dolla, and Ashante “Thee” Adonis. It’s clear that not only he is the leader, but will be using them to reach gold.

While we are certainly a ways away from Scott leaving the black and yellow brand, Scott is destined to shine when he does eventually get to the main roster. He has the mic skills, in-ring capabilities, and the presence people look for in a potential world champion. Scott will not only accomplish the feat that day but should do it many times over. “Swerve” is just getting started. 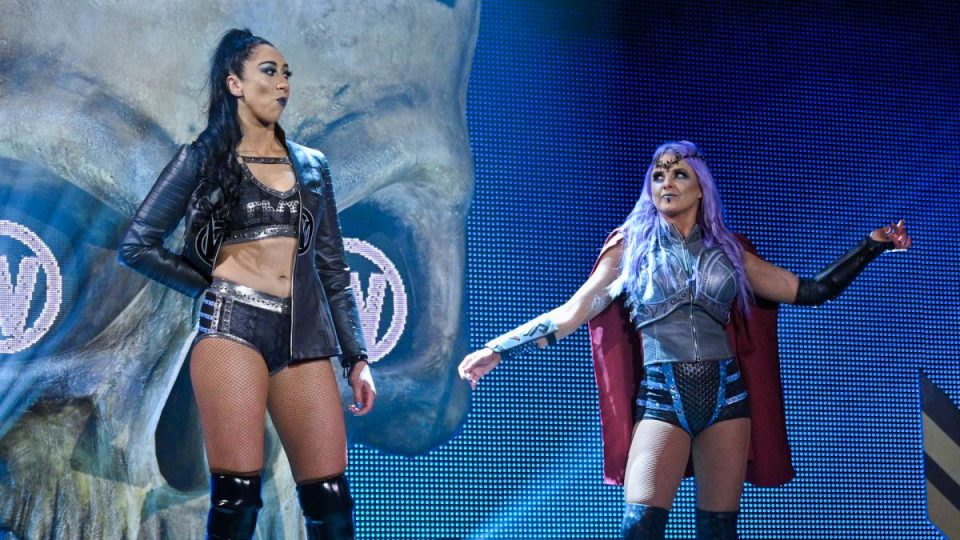 Indi Hartwell has been the shining star of The Way. When the group came together, Hartwell had already essentially pledged her allegiance to Candice LeRae and was going to be by her side moving forward. But since they began teaming up, Hartwell only gets better and better in the ring. There’s a theme that goes around in wrestling that a wrestler needs to have the look and intangibles to become a star. Hartwell has everything a promoter would want, let alone WWE.

From her taller size to the impressive character work that she has shown in her love story with Dexter Lumis, she is going to be a world champion in WWE. As she reigns alongside LeRae, she continues to learn from one of the best around. That’s only a benefit to her future. One-half of the reigning NXT Women’s Tag Team Champions is likely to move on to singles success sooner rather than later, which will be the launching point to her potential world title win down the line – a win that feels definite. 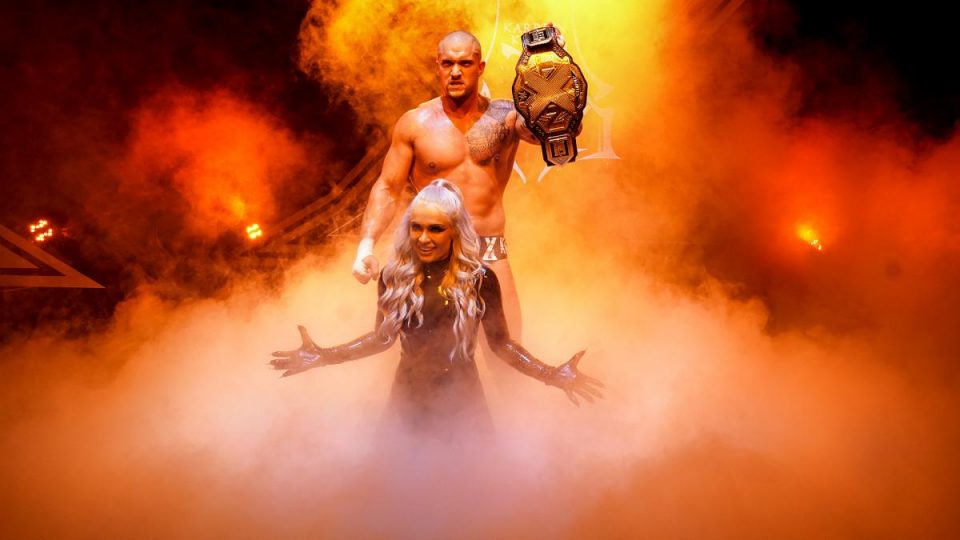 The reigning, defending NXT Champion has made an impact like no other in his one year since joining the brand and company. Karrion Kross is already a two-time champion and has defeated the best of the best in NXT. Keith Lee, Tommaso Ciampa, and even former Universal Champion Finn Balor (twice). These wins carry plenty of weight in the long term, as Kross seems to be the new “can’t miss” talent of NXT. He has yet to lose in singles competition and very well won’t be anytime soon, but when he gets to the main roster, the WWE and Universal Championships will instantly be in his sights.

The possibilities of Roman Reigns, Drew McIntyre, or Bobby Lashley facing off with Kross is a massive match in the making, and in the end, they may have to “fall and pray.” Kross is going to be world champion sooner than you know it. 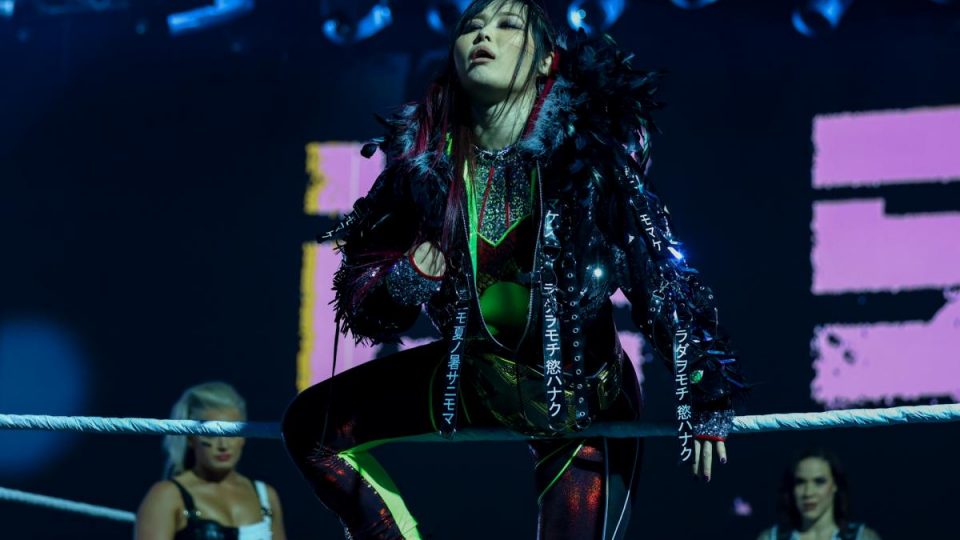 The former NXT Women’s Champion has done it all. Io Shirai is nearing the next step in her career and that is likely Raw or SmackDown. Shirai is one of the biggest free agents to sign with WWE over the last decade and has long been considered the best women’s wrestler in the entire world. The moment that the “Joshi Judas” makes her next step, she is going to be going for gold. We have seen in the past that the likes of Shayna Baszler don’t always rise when it looks to be inevitable, but Shirai is a “once in a lifetime” talent.

Her charisma radiates, her in-ring talent speaks for itself, and there is nothing that can hold her back from reaching the top of the mountain. Not only will Shirai be world champion, but she will be for a very long time. It’s her destiny in this company and something that is a must for the future. 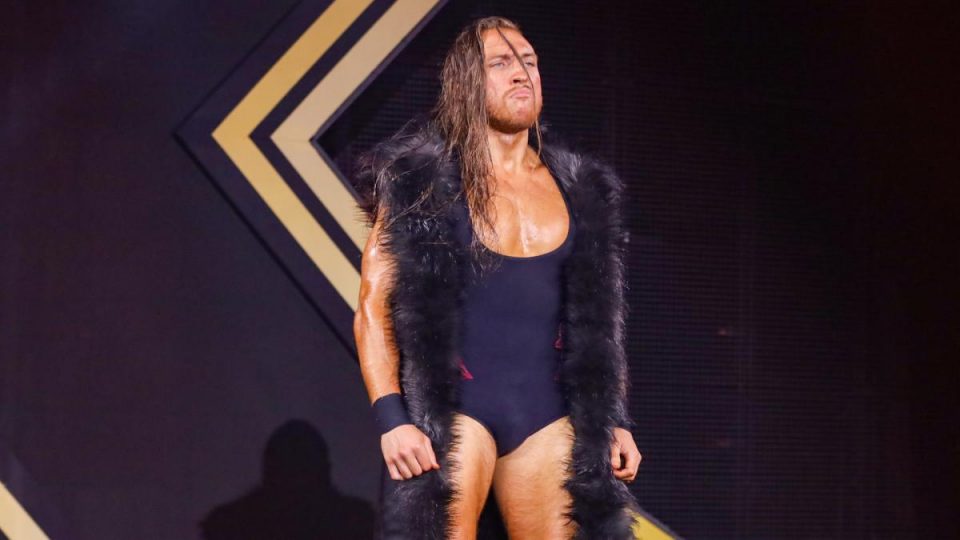 Pete Dunne has been seen as a future world champion since the moment he stepped inside WWE via the United Kingdom Championship Tournament. His brash yet cunning attitude and ability to make everything he does feel like the most important factor on the show makes him special. His only singles championship to this point in WWE is the United Kingdom Championship, but he happened to hold that for 675 days. That’s an impressive resume in a short time. Still young at just 27 years of age, Dunne has a lot of time to not only reach the mountain top of WWE but become one of its greats.

It’s important to remember that no NXT UK talent has made it to the main roster yet, but Dunne is going to be the first and likely be the most successful. By the time he does, he may be so good that he will just pick what world title he wants and takes it no matter what. That is what we call a champion. Dunne is determined more than ever to shine now, but when he gets to Raw or SmackDown, that determination very well could triple. 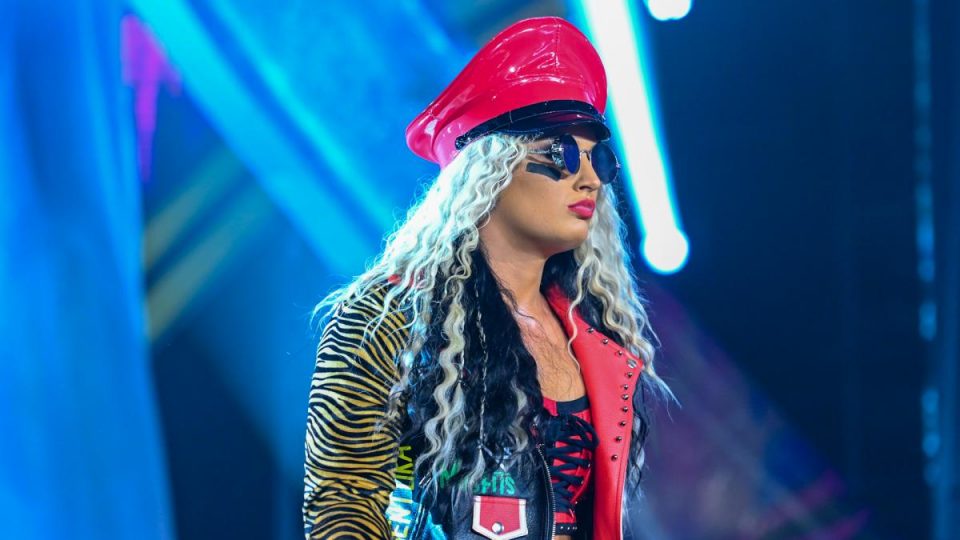 Toni Storm is an interesting case, but one that results in being a world champion. Storm blasted onto the scene in the inaugural Mae Young Classic, becoming a fan-favourite for many as she rose to the top but came up just short. The next year saw her return to the Mae Young Classic, this time winning it and showing the world it was indeed “Toni Time.” She failed to become the first-ever NXT United Kingdom Women’s Champion but eventually won the championship for a solid period before losing it to Kay Lee Ray. Since then, she’s not a whole lot of nothing.

As she currently storms through the NXT roster, she feels one of the few on the roster ready to take the next step at any time. Storm fits the mold of what a main roster main eventer is as she stands out more than most and is one of the best the company has to offer. While her last year or two haven’t been too special, we know that in due time, she is going to rise and win the world championship. She’s a major player waiting to get her chance to play. 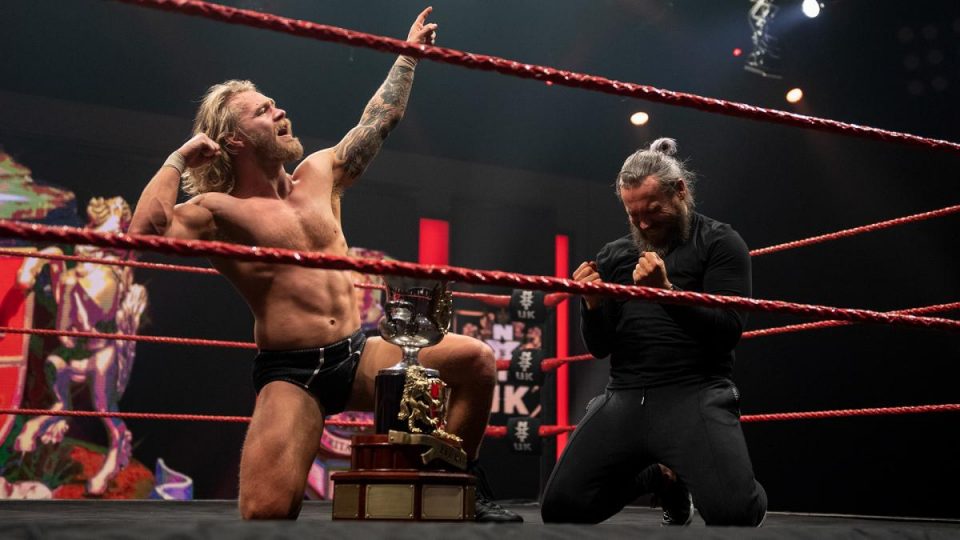 The first-ever WWE United Kingdom Champion (now NXT) Tyler Bate has been the top prospect of WWE for what feels to be forever now. Since the moment he arrived in the company through their United Kingdom expansion, he has shined time and time again. The current Heritage Cup champion has burst back onto the scene recently in NXT UK and was expected at one time to move to the United States to continue pursuing his career.

When that does happen, it’s likely that he will be wrestling on NXT for a bit which is fine seeing that he is still so young. The 24-year-old out of Dudley has everything going for him and is on his way to making history in NXT. He’s a tag title away from being the first-ever NXT UK Triple Crown winner and is going to keep doing things that everyone expects from him. Bate is one of the best young talents in all of professional wrestling and is certain to be a world champion down the line. 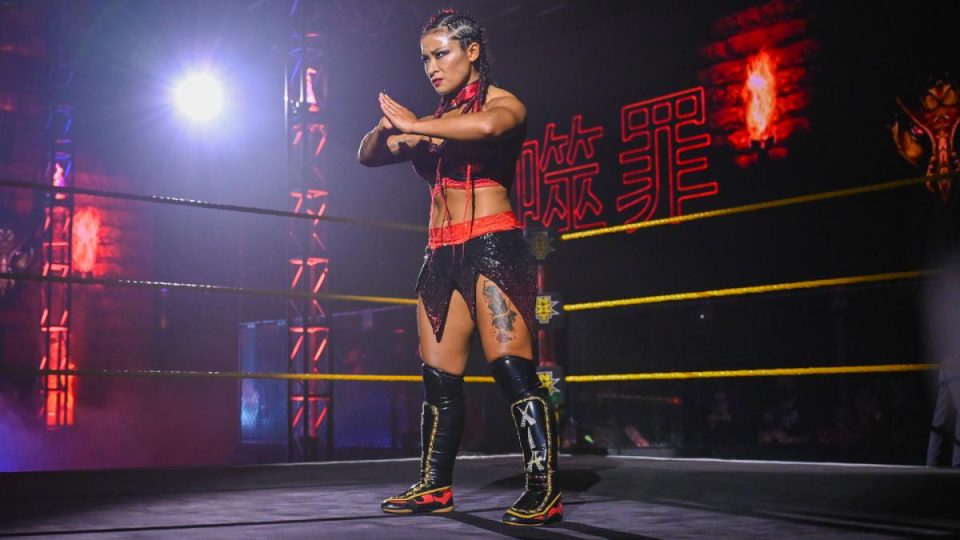 Xia Li is special. Fans have known that since the first moment she stepped inside a ring on WWE television. The first-ever Chinese woman to compete in WWE offered a different style and art form to the entire game. And her connection with Tian Sha has propelled her to even bigger and better heights. She has become a force as part of the group, worrying about nothing and no one and looking like a serious threat for the long run. Li has what it takes to be a champion as she gets better with potential history on her side if she were to get called up to the main roster.

To be the first-ever Chinese champion in WWE history is something Li has to have on her mind and so should the rest of the company. She’s shown great strides over the past few years in her development and has become a favorite of fans worldwide. The question seems to be more when than if when it comes to Li, who is a history-maker waiting to make exactly that. It’s potentially a bold choice, but one that should happen down the line.