Since September of this year, NXT reverted back to its developmental styled system. As appose to being an equal third brand WWE has once again made NXT the place for their next young, up-and-coming talent.

Despite this, there are some WWE Superstar’s who have managed to do the opposite, and develop themselves better on the main roster than in NXT, so here are 10 Superstars who have done exactly that. 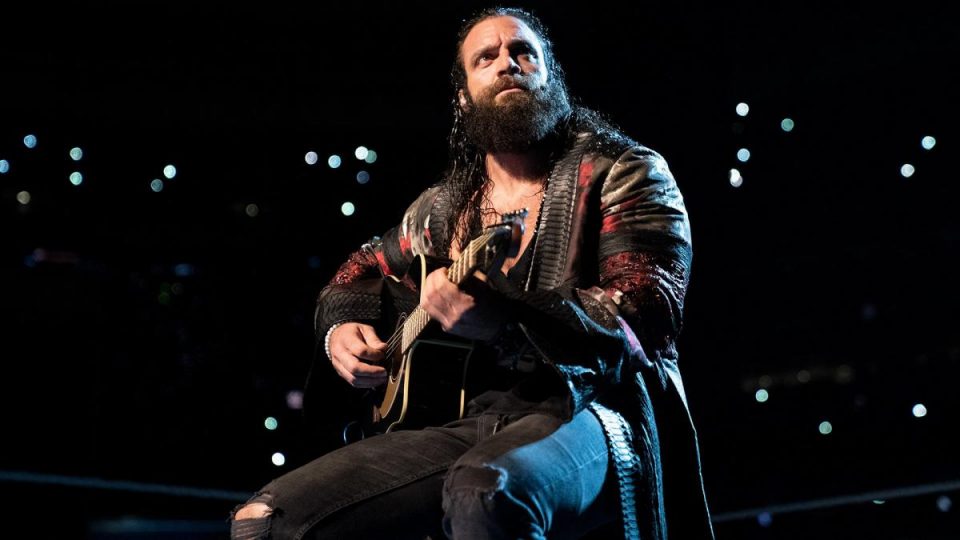 Elias made his NXT debut in 2014, where he spent a lacklustre three years doing next to nothing before being drafted to Raw during 2017’s WWE Superstar Shake-Up.

It was on the main roster where Elias came into his own. His in-ring work fitted the Vince McMahon vision of wrestling, as did his character. He was unique and garnered easy heat, sometimes the most heat on the show.

While he hasn’t got the accolades to show much for his time in WWE, his in-ring musical performances have been at the forefront of some of WWE’s most memorable moments, one being the return of the Dr. of Thuganomics.

Even though Elias is “dead” in WWE storylines and hasn’t been seen for a few months now, it is safe to say that most crowds are always willing to walk with Elias. 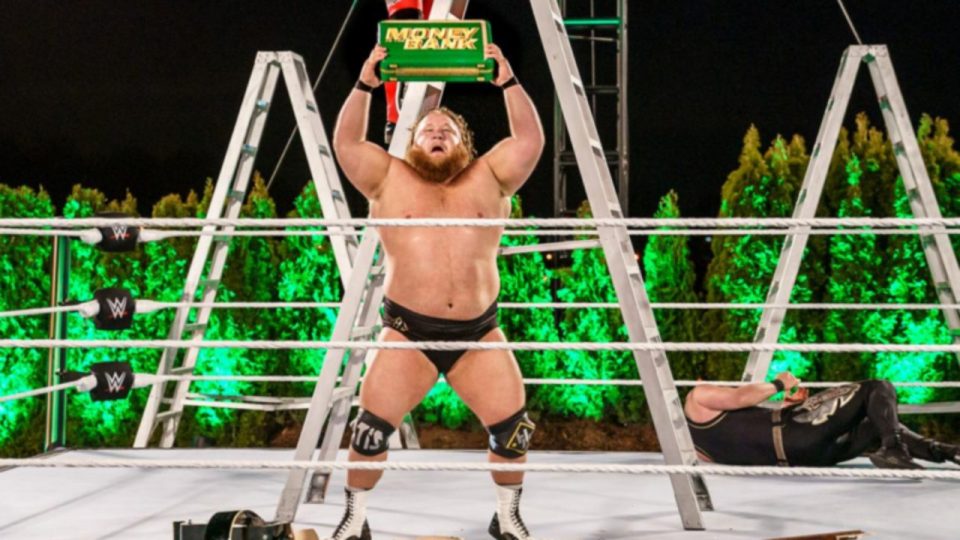 Formerly of Heavy Machinery, Otis spent two years, alongside Tucker, in NXT. Although they were doing well there, they would’ve not been able to predict the heights they’d hit on the main roster.

In 2018, Heavy Machinery was called up to the main roster, but it wasn’t until late 2019 when the duo, and more importantly Otis, started to work wonders. Embarking in a modern-day Randy Savage and Miss Elizabeth storyline with Mandy Rose, Otis became one of WWE’s hottest babyfaces during the beginning of the pandemic era.

Otis went on to win the Money in the Bank briefcase in 2020, and although it didn’t lead to much, it was a sign of just how popular Otis had become.

Otis is now alongside Chad Gable in the Alpha Academy, where he features as a heel. While heel Otis may not be the most popular, it is safe to say Otis has improved tenfold since his NXT days. 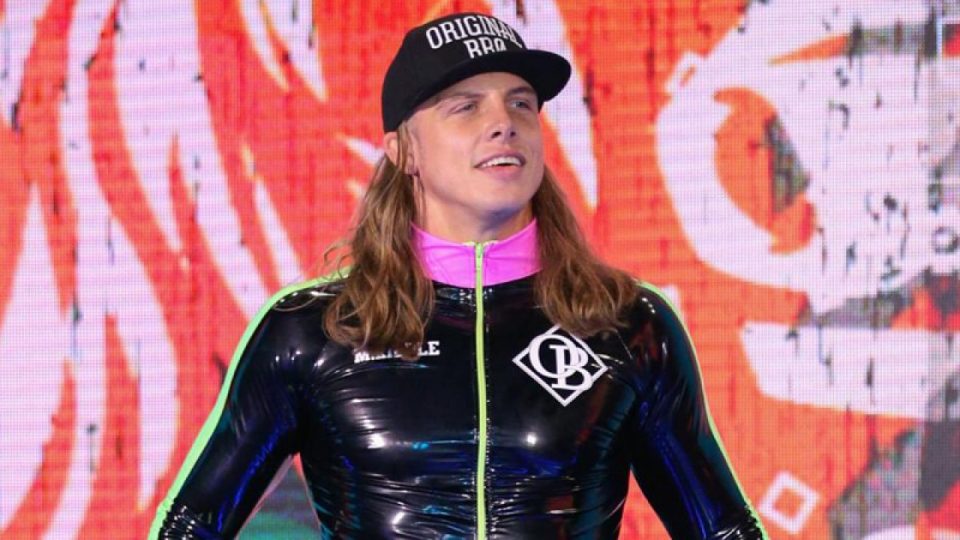 Riddle is the anomaly of the list. The Original Bro had an amazing stint on the black and gold brand, with a notable run with Pete Dunne, however, has massively eclipsed that with his first 18 months on the main roster.

There was scepticism as to how Vince McMahon would portray Riddle on TV, with his nonchalant character being something we aren’t used to seeing in modern-day WWE programming.

However, WWE’s resident bro has set the main roster alight. Winning the United States Championship just four months into his Raw chapter, Riddle has since formed one half of RK-Bro alongside Randy Orton, where he is Raw Tag Team Champion.

Riddle’s humour and chemistry with The Viper has led to some of the funniest segments on Raw recently. If he keeps this momentum up, it wouldn’t be surprising to see Riddle being a mainstay on the WWE roster for years to come. 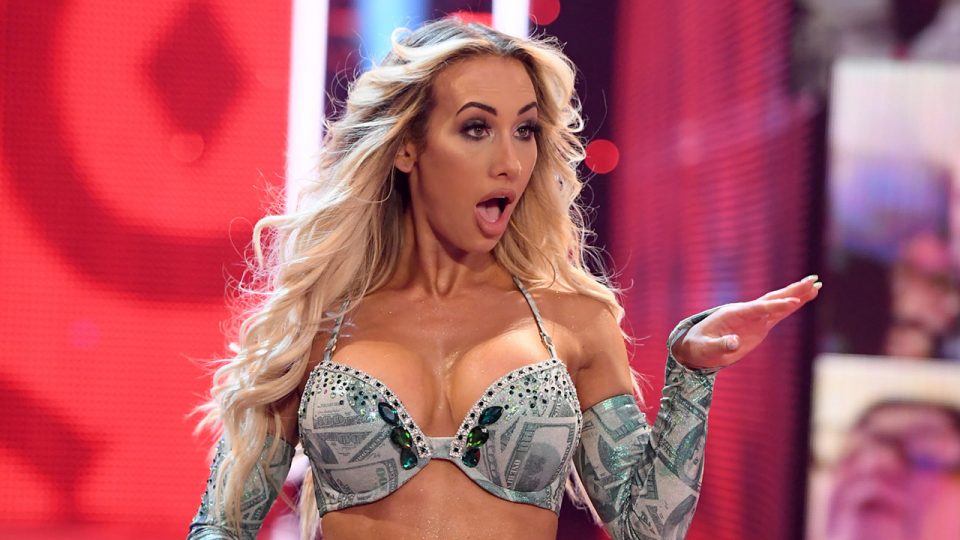 Carmella’s NXT career didn’t develop past being Enzo Amore and Big Cass’ manager. The Queen of Staten Island spent three years in NXT before being called up to SmackDown in 2016.

Having split from Enzo and Cass, Carmella set out to establish herself as a singles wrestler; and she did exactly that.

One of Carmella’s most notable storylines came with James Ellsworth, with who she won the first-ever Women’s Money in the Bank match. A fruitful 287 days later, she cashed in on Charlotte Flair to win her first-ever WWE championship, the SmackDown Women’s Championship.

She went out to have an entertaining partnership with R-Truth, win the Women’s WrestleMania Battle Royal, and have a successful Untouchable gimmick. Carmella took to the main roster scene better than anyone could ever have imagined, and she still has a lot of gas left in the tank. 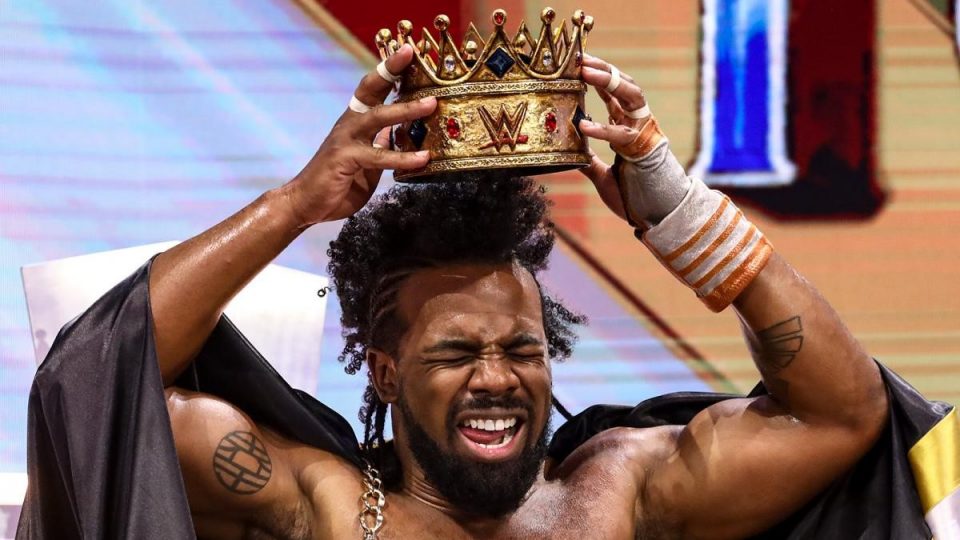 Xavier Woods has been with WWE since 2010. Having spent time in FCW and NXT, Woods was sent to Raw with not much to show for himself.

His first year on Raw was underwhelming, but all changed in 2014 upon the formation of The New Day. It was Woods who pitched The New Day idea, an idea that was there to save the careers of three wrestlers.

Woods’ idea soon led to a faction that had 11 Tag Team Championship reigns, two of the three members becoming World Heavyweight Champions, several successful heel and face runs and arguably becoming one of the greatest groups in WWE of all time.

Woods followed his on-screen success with off-screen success too. With UpUpDownDown, G4TV and DaParty, Woods has proven himself to be one of wrestling’s hardest working people. This was rewarded with his recent King of the Ring win and on-screen push.

The contrast from NXT Woods to King Woods is incredible, something you would have never been able to see coming all those years back in FCW and NXT. 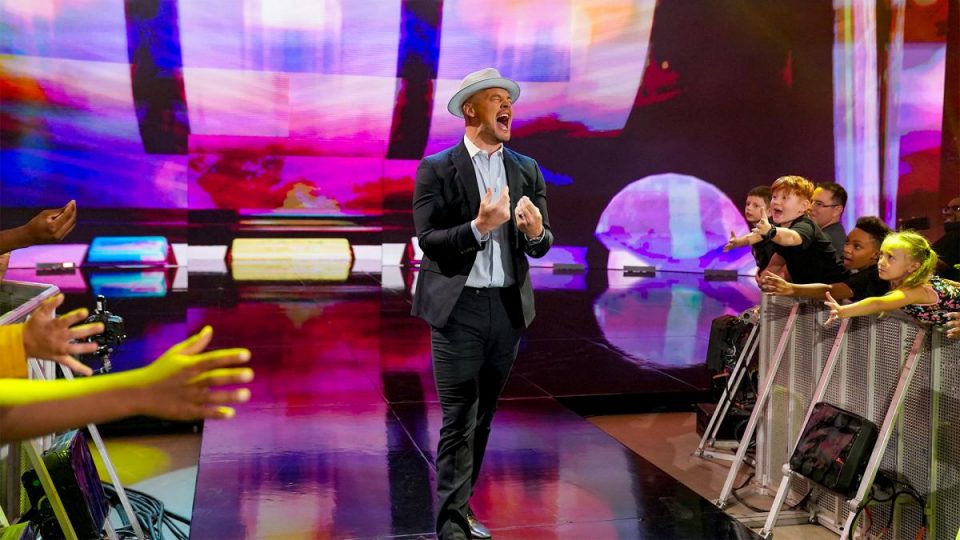 Corbin’s NXT work was far from weak, but similar to that of Elias, the former Lone Wolf was made for the main roster since becoming one of the company’s top heels.

Debuting on the main roster at WrestleMania 32, Corbin won the Andre the Giant Memorial Battle, showing WWE’s clear intention to push Corbin, something that never happened in NXT.

He has since gone on to win the Money in the Bank briefcase, become King of the Ring, main event PPV’s, wrestle the company’s top stars, go broke, become rich, and become happy.

Although Corbin has never been the top guy or won many championships, it is clear to see Vince McMahon has taken a liking to him and his work, something you wouldn’t have predicted to happen in his Full Sail days. 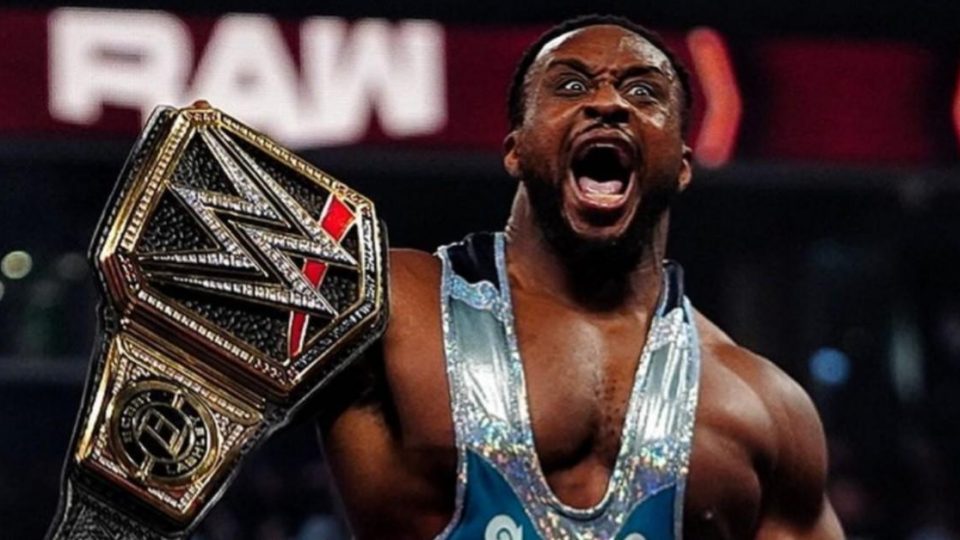 Starting as Big E Langston, he spent three years in FCW before becoming the second-ever NXT Champion in early 2013.

He was propelled to the main roster, where he was pulling double duty. Pairing with Dolph Ziggler and AJ Lee, Big E was positioned as someone who would become a successful WWE Superstar.

Big E went on to win the Intercontinental Championship before an incredible six-year journey with The New Day, where he won numerous championships.

In 2020, Big E returned to singles wrestling. A few months later, he won the IC Title for a second time. He has since gone on to win the Money in the Bank briefcase and successfully cashed in on Bobby Lashley to become WWE World Champion.

WWE has finally realised the star they have in Big E and are capitalising on his ability and charisma. Although his NXT days were not the worst, his main roster career has been historic. 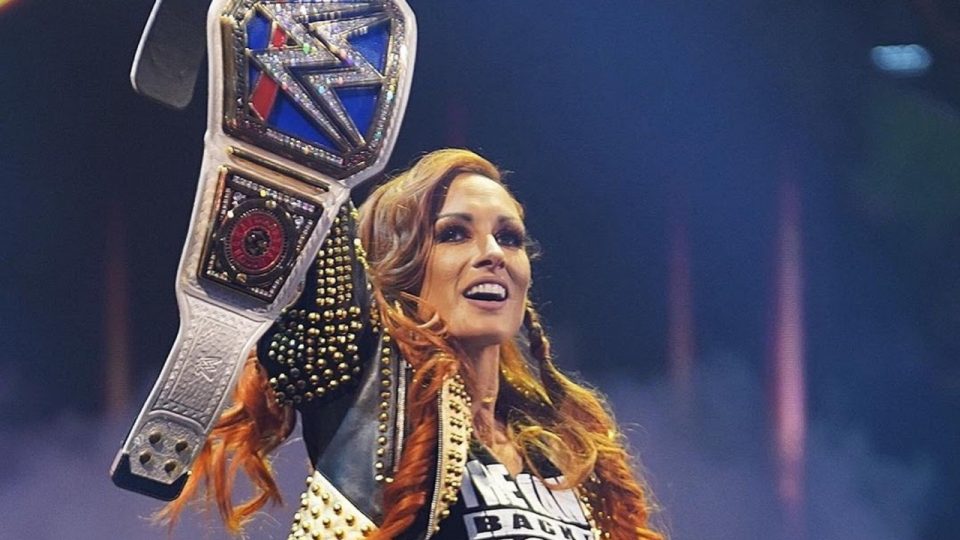 Asides from a few matches with other Horsewomen members, Becky Lynch’s NXT career was never anything to write home about.

Debuting on the main roster as part of the Women’s Revolution, the Lasskicker’s career slowly took a turn for the better. But it wasn’t until a broken nose and a concussion in 2018 that her career changed overnight.

Becky’s run as “The Man” was the most popular part of WWE programming for two years. It led to mainstream media attraction, something that hadn’t been that significant since John Cena and The Rock.

Having been labelled a member of WWE’s Four Horsewomen, it was clear they had high hopes for Lynch, but it wasn’t to be in NXT. However, having been the main event of WrestleMania, having held both belts at once, she has transcended the wrestling world since being on the main roster. 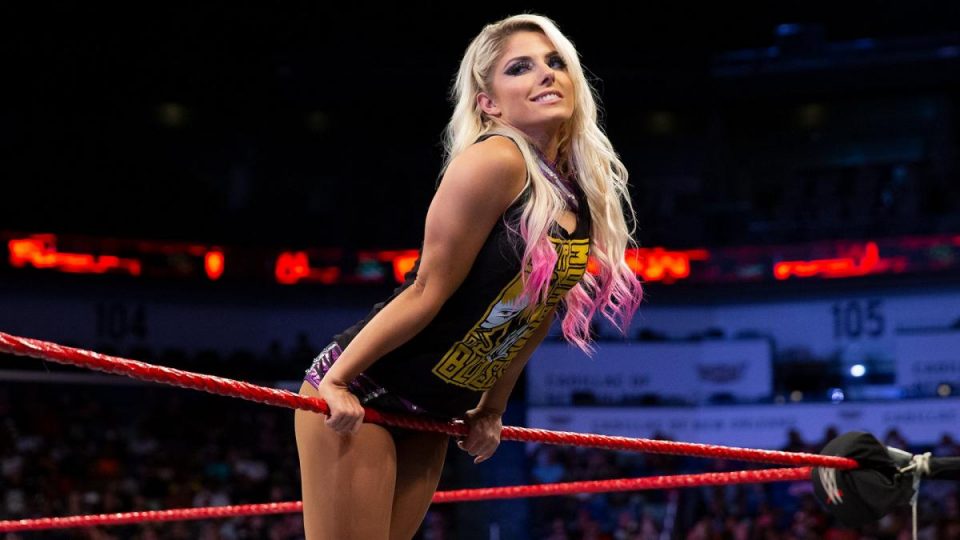 Similar to the career path of Carmella, Bliss’ NXT career is most notable for being alongside a male tag team, in this instance, it was Blake and Murphy. Aside from a few NXT Women’s title matches, Bliss didn’t have much to show for herself when she got drafted to SmackDown in 2016.

Things soon changed for the Five Feet of Fury, as five months into her main roster career, she won the SmackDown Women’s Championship.

She won the SmackDown Women’s Championship one more time before being moved to Raw, where she went on to win that championship four times, one via cashing in her Money in the Bank briefcase.

She has since had a talk show segment become successful, in A Moment of Bliss, hosted WrestleMania 35, paired and won the WWE Women’s Tag Team Championships with Nikki Cross twice.

Although the past year of her doing a supernatural gimmick has been hit-and-miss, Alexa Bliss has made herself one of the best women’s wrestlers WWE has to offer, something which may have been hard to guess when judging her NXT career. 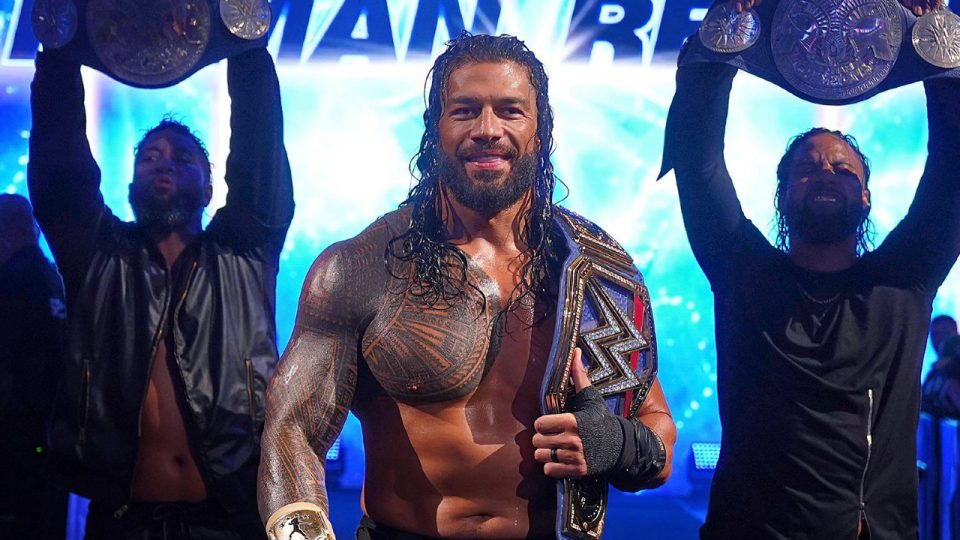 Whilst he is currently the Head of the Table, during his time in FCW, Roman Reigns was the head of not doing much. It wasn’t until his 2013 main roster call-up that Reigns’ career took a sharp U-turn.

Debuting as a member of The Shield, he had been thrust into immediate success, with a Tag Team Championship run to show for it and consistent high-profile storylines.

Following the dissolution of The Shield, the “Big Dog” started his rise to main event status. Despite crowds hating him, Reigns went on to win four WWE Championships and a US Championship before taking a hiatus due to leukaemia in early 2019.

A year after his return, Reigns finally became the enjoyable star WWE had been trying to create. The Tribal Chief has dominated WWE for the best part of a year and hasn’t lost in singles action since November 2019.

The Tribal Chief is the naturally curated star the WWE Universe had been wanting, not a manufactured one. Reigns has become his generation of Superstar’s version of John Cena and is guaranteed to have multiple more years of success. Something that would’ve been hard to predict when watching him in FCW.